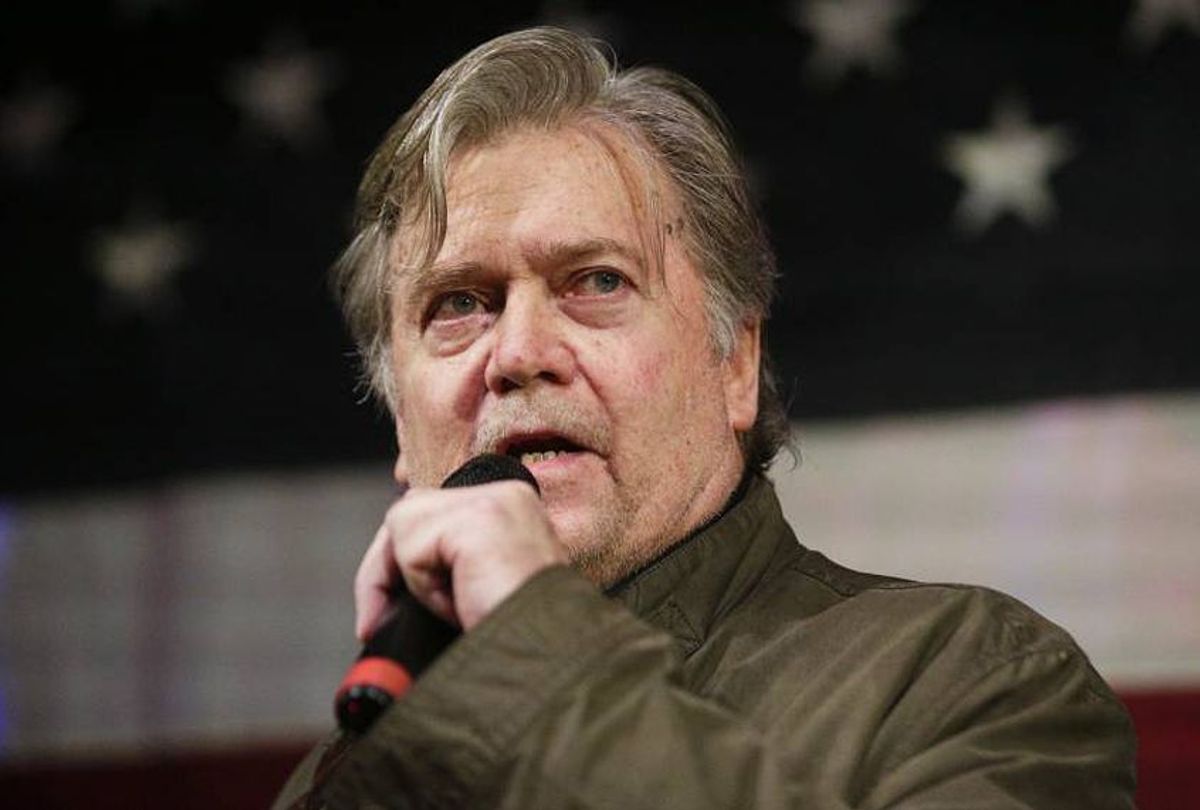 Steve Bannon is no longer in the White House or with Breitbart News Network, but that doesn’t mean he’s stopped spreading far-right propaganda. Indeed, he’s taken it to an international level. On Saturday, according to CNN, Bannon spoke at a French National Front Party and told the crowd to be proud of being called racists.

He also told rally attendees that "history is on our side" and that "the globalists have no answers to freedom."

"You're part of a worldwide movement bigger than France, bigger than Italy," he also exclaimed, according to a separate report.

Bannon has kept a relatively low profile in the last month. He was reportedly in Rome, Italy, for the election last week.

In February, CNN reported that Bannon spent several hours over two days with special counsel Robert Mueller's team, according to a source "familiar with the inquiry." The source also said Bannon was expected to be questioned about the firings of FBI Director James Comey and National Security Adviser Michael Flynn. Bannon answered all questions, according to CNN. Sources also told NBC Bannon spent a total of "some 20 hours" in conversations with Mueller's team.

Following the rally, CNN asked Bannon to comment on the most recent round of departures from the White House--presumably such as Donald Trump's Chief Economic Adviser Gary Cohn, who announced his resignation last week.

"I think President Trump has been pretty straightforward in saying, hey, when we first started, some of these advisers are what he would call globalists, and he's clearly pivoting to more economic nationalism,” Bannon told CNN.

Trump reportedly did call Cohn a globalist, but said he stilled liked him, according to Politico.

"He is seriously a globalist. There's no question. In his own way, but you know what, he's a nationalist. He loves our country," Trump said of Cohn.

Bannon’s international tour comes at a time where his future in U.S. politics is unknown --especially since his former friend and colleague, Trump, turned his back on him after Michael Wolff’s book, “Fire and Fury: Inside the Trump White House” was published.