"SNL:" Mueller can't commit to collusion in "The Bachelor" breakup

"So that's it, he's just going to be president?" 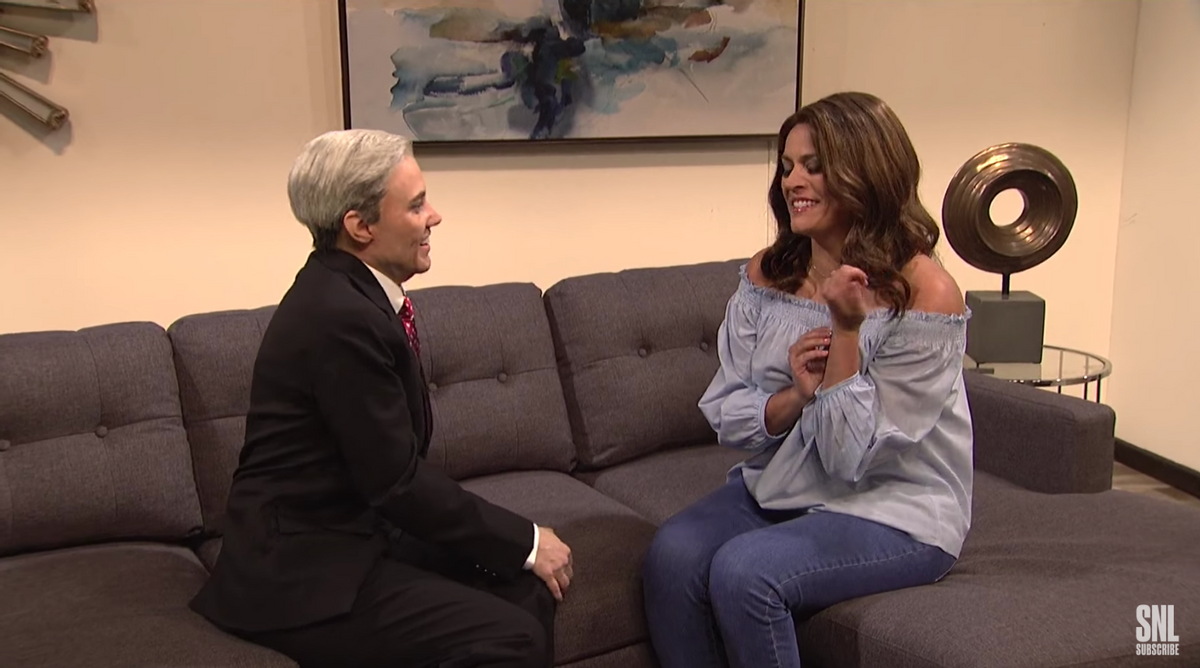 "Saturday Night Live" began with special counsel Robert Mueller reluctantly admitting that he didn't have enough evidence to charge President Donald Trump with collusion in his ongoing investigation into alleged Russian meddling in the 2016 election.

In a sketch that merged the dramatic worlds of American politics and reality dating television, Kate McKinnon played Mueller, who broke the news to "The Bachelor's" Becca K., played by Cecily Strong, in an awkward on-screen exchange she clearly wasn't prepared for.

"I've been struggling a little bit over the last few months just, like trying to figure this whole thing out and like grasp everything, and the reality is that I don't — I don't think that I can give you everything that you want right now, you know, and I think you sense that," Mueller told Strong's character.

"So, what, you don't have Trump on collusion?" she replied.

Mueller explained he needed to "explore the possibility that I might have a stronger case with some other stuff."

At this point, Strong's character was in utter disbelief.

"I'm just trying to be honest, and tell you that I can't commit to collusion right now," Mueller said.

"But you indicted 13 Russians, and, like, everything that happened in the Seychelles, that means nothing?" Strong asked.

The faux Mueller said the Seychelles were "amazing," but explained that "obstruction" may be the area worth pursuing the most.

"This is so f**king embarrassing," Strong's character said on the verge of tears. "Collusion is literally the only thing I've been looking forward to for the past year. I was ready, Bob. I was ready to do the damn thing!"

Strong's character asked in dismay, "So that's it, he's just going to be president?"

"I don't know how to answer that," Mueller replied.

The hilarious sketch was a play on the recent surprise breakup in the finale of "The Bachelor" and comes after a week of new developments in the Russia probe.

Watch the full "SNL" skit below: