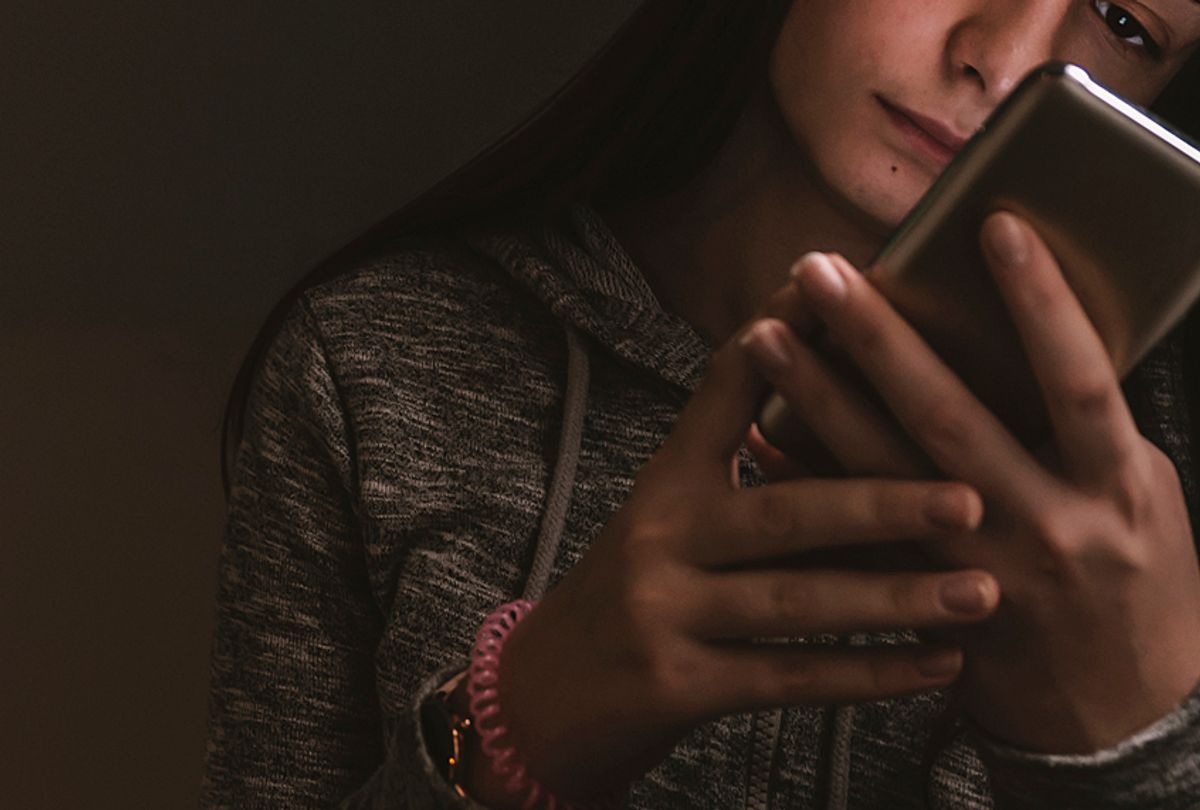 Easter Sunday in 2012 marked a fault line in Christine McComas’ life. Her 15-year-old daughter, Grace McComas, took her own life.

McComas tells Salon her daughter was "bright" and "active" — a budding young woman. She was jubilant by nature since birth, McComas says.

As teens often do during their journey to adulthood, Grace got into a little trouble one night — nearly one year before her death, she used a key to enter a vacationing neighbor’s house to use the pool with a friend’s older brother. He went into the house to look for drugs, after they had been drinking alcohol, and returned with Oxycontin. Grace didn’t know what Oxycontin was at the time, or the semi-conscious state that it could put her in, her mother explained. After Grace became intoxicated on Oxycontin and thus unable to consent, the friend's brother had sex with her. A couple days later, Grace revealed what happened to her parents, McComas explained to Salon, and walked her parents through the night tearfully.

Grace was later subpoenaed to testify against the older brother for breaking and entering, which is when the cyberbullying began on Twitter. It went on for 10 months. He called her a "c**t" and told her to kill herself — multiple times.

“Snitches should have their fingers cut off one by one as they watch their families burn,” he tweeted. “Nobody f**king likes you, it’s just sad and I kind of feel bad for you," he wrote.

McComas said she tried to get help from the school, the court, the police — and even spoke to the parents of her cyberbully — but the suggestions authorities gave her were unhelpful and ultimately unable to prevent the tragic outcome.

“I remember standing over her body at Johns Hopkins [Hospital], and it was so clear that something was terribly wrong and a great injustice had been done,” McComas tells Salon.

McComas turned her grief into action, and nearly a year later was able to help get Grace’s Law passed through Maryland’s legislature in October 2013. Grace’s Law prohibits “anyone from using electronic media (computers, tablets, phones, etc.) to maliciously engage in conduct that inflicts serious emotional distress on a minor and/or places that minor in reasonable fear of death or serious bodily injury,” to quote the legislation’s own words.

Last week an updated version of the law, called Grace’s Law 2.0, passed unanimously in the Maryland State Senate. Now it’s just waiting for approval from the House. The bill's proposed updates criminalize the act of targeting a minor online with the intent to torment by building a fake profile, posing as a fictitious person, following a minor online, or disseminating or encouraging others to share private, personal, or sexual information pertaining to a minor. Additionally, the bill criminalizes internet threats targeted at minors with comments that intimidate, threaten, or torment. Finally, it increases the penalty for those who violate any part of the bill — up to three years in prison.

To wit: Under the old Grace’s Law, a threat had to be directed at the minor. Grace’s Law 2.0 prohibits a cyberbully from disseminating the threats to thousands of online users — and can be punishable depending on the threat's intent.

"The act of the bully will be viewed under the lens of intent," Zirkin said. "Did the online bully intend to intimidate, torment, or harass? If the post is shared on social media with that intent and effect it will fall within the purview of this new law."

An ever-changing digital world has made teenage life drastically different from the analog days of yore, as Americans observed recently with the teens who survived the Feb. 14 shooting at Marjory Stoneman Douglas High School, who took command of the narrative via social media. Yet being bullied is no longer something that happens at school or on the playground; it follows teens into their homes and in their bedrooms at night. It’s amplified on the internet for far more people to see.

According to the Cyberbullying Research Center, 33.8 percent of teens they surveyed between the ages of 12 and 17 have been cyberbullied in their lifetime. Various teens surveyed reported being threatened with harm through their cell phones — or having a cyberbully post a mean or hurtful photo of them online. While there isn’t substantive evidence to make this correlation a conclusive one, experts have speculated that cyberbullying could be one of the reasons teen suicide is on the rise — specifically among American girls. The suicide rate for girls between the ages of 15 and 19 doubled between 2007 and 2015 — a timeframe parallel to the rise in social media — according to data from the National Center for Health Statistics.

When it comes to the cyber assailants, more times than not, it’s someone the victim knows.

“By and large, when it comes to adolescent populations, the aggressor is primarily someone the target knows -- and usually from school,” Sameer Hinduja, co-director of the Cyberbullying Research Center and professor of criminology at Florida Atlantic University, tells Salon.

Grace was open about her cyberbullying to her parents, but not all teens are; Hinduja says that parents should try to be in tune with their teens’ behavior to notice signals that something may be wrong.

“They may increase use of their devices and social media (because they are freaked out) or they may significantly decrease their use (again, because they are freaked out),” he tells Salon. “Ideally, an open line of communication has been built over years so that the child knows they can come to the parent with any issue that arises in their lives, and the parent will be non-judgmental, non-critical, understanding, and helpful.”

Grace isn’t the only teen to take her own life after being cyberbullied. There are far too many similar stories that can be found through a simple Google search. In December 2016, Brandy Vela — a Texas 18-year-old — shot herself in front of her family, after being cyberbullied about her weight. David Molak, also from Texas, committed suicide at 16 because he too was bullied about his physical appearance. Molak’s death led to a legislation in Texas called David’s Law, which, in the legislation’s words, makes it easier “to obtain an injunction (similar to a protective order) from a Texas court to prevent continual cyberbullying against a student.”

Such laws, despite their good intentions, can bump against constitutional limitations. It's a classic example of rights abutting other rights: if one has the right to prosperity and happiness and the right to free speech, what to do when one's right to free speech (the so-called free expression to bully, in this case) impinges on another's right to the pursuit of happiness? Grace’s Law was called unconstitutional by the American Civil Liberties Union, and its latest update could face similar troubles, David Snyder, executive director of First Amendment Coalition, tells Salon.

“Under the First Amendment, the government cannot criminally prosecute a person for saying they are someone they're not, or from making false statements online,” Snyder tells Salon.

“That's what this bill would do — though with the caveat that the perpetrator must do these things with an intent to harass a minor, or with the intent to provoke someone to harass a minor.  Those caveats do not save the bill from a First Amendment perspective.”

The bill, Snyder says, would criminalize a “broad swath” of constitutionally protected speech.

This isn’t the first time free speech rights have protected an abuser. McComas said, “before this happens to another family we must all understand the power that words can have.” Words can surely be uplifting — they can change lives, inspire and create change — but they can also traumatize, often to the point of tragedy.

Not all cyberbullying experts believe legislation is the definitive answer to preventing these tragedies from happening, however.

“We must ask the question, is the law’s intent prevention or retribution?” Hinduja asked. ”If retribution, fine, have laws in place to specifically punish those who bully in severe ways, and perhaps they will learn their lesson for the future.”

However, some research suggests that teens might not be not deterred by the threat of formal punishment.

“[Teens] are much more deterred by the informal threat of punishment from parents and educators than they are from the police [or] law,” Hinduja says.

He suggests education and awareness around cyberbullying could also help prevent it.

McComas feels confident that, had Grace’s Law 2.0 been enacted before her daughter’s death, it possibly could have stopped the abuse -- and saved her daughter's life.