Trump's most terrifying temper tantrum: Death penalty for drug dealers is beyond the pale

Trump’s authoritarian impulse is alive and well, according to his recent enthusiasm to expand the death penalty

By Jeffrey A. Singer 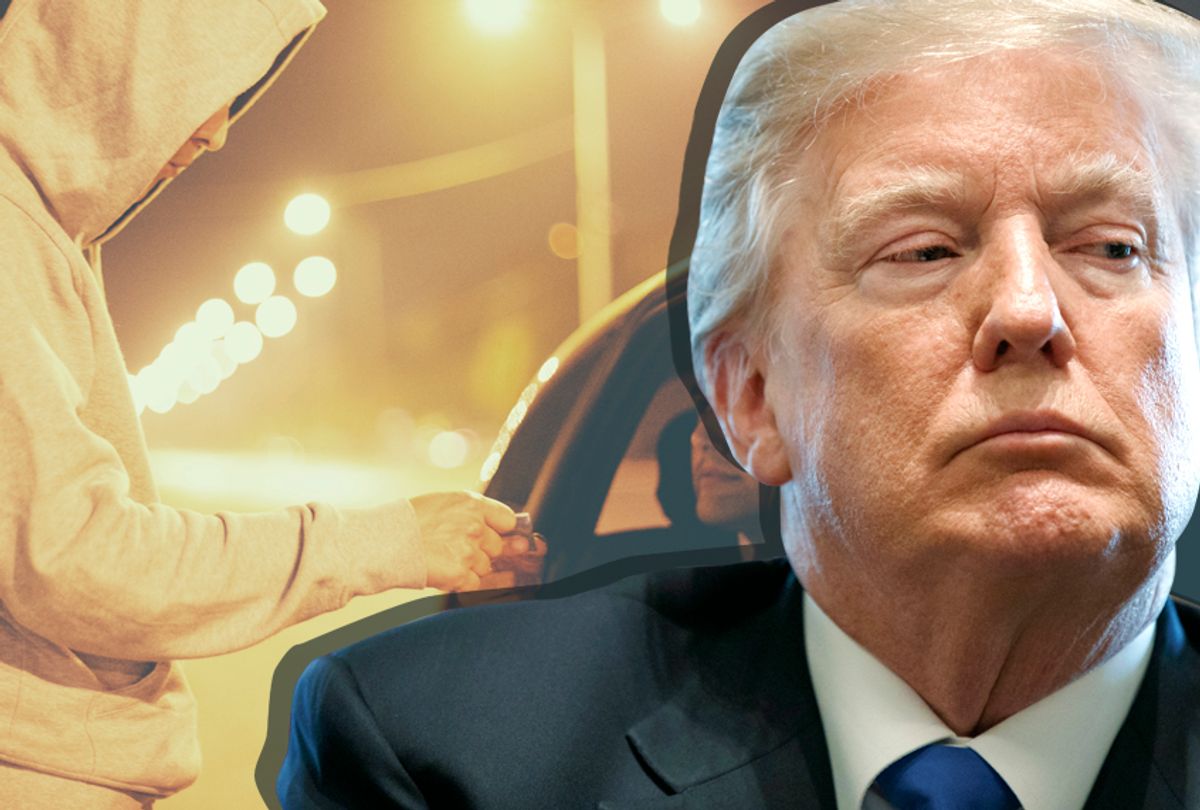 As President Trump made abundantly clear in recent news conferences and interviews, he sees the zero-tolerance policy on drug use and drug dealing of Singapore, China and the Philippines as a model for U.S. drug policy. He is said to believe that all drug dealers should get the death penalty.

The president’s frustration with the failure of America’s longest war, the war on drugs, is understandable. But the solution should not be to try more of the same, only “tougher.”

Sensible drug policy makes it easier for drug abusers to kick the habit and transition back to a normal life, rather than ruining their lives through long-term incarceration -- or ending them altogether through capital punishment. The evidence has never supported the contention that the death penalty is a greater deterrent to crime than incarceration. And a 2009 report from the Colorado Criminal Justice Reform Coalition points to a large body of evidence that the incarceration and incapacitation of drug dealers has not deterred drug use or distribution and may, in fact, contribute to an increase in violent crime.

Drug offenses can merit the death penalty in over 30 countries but, perhaps in recognition of the futility of the death penalty, many of them are turning away from it. Singapore  amended its mandatory death penalty laws in 2012, returning some discretion to the courts to allow for life imprisonment, with caning as an alternative. The majority of executions in Iran have been for drug-related crimes, although in 2016 a senior Iranian judiciary official proclaimed, “The truth is, the execution of drug smugglers has had no deterrent effect.” Later that year, Iran’s parliament removed the death penalty for many drug crimes and replaced it with incarceration or fines.

President Rodrigo Duterte of the Philippines asked the legislature to restore the death penalty (repealed in 2006) for drug dealers, and in February of last year the House of Representatives approved the change. The bill is stalled in the Senate. Nevertheless, extrajudicial killings have been rampant under Duterte’s leadership. More than 4,000 suspected drug dealers have been killed by police who have claimed to be acting in self-defense during raids and sting operations.

By contrast, Portugal decriminalized all drugs in 2001. The data show Portugal’s drug usage rates are now among the lowest in the European Union, and drug-related pathologies such as sexually-transmitted disease are markedly down, as are drug-related crimes. Encouraged by Portugal’s experience, Norway’s parliament voted for decriminalization this past December.

Those are commendable steps and worth replicating in the U.S. And if the goal is reducing drug-related deaths, policymakers should put more emphasis on “harm reduction” measures, such as syringe services programs, medication-assisted treatment with drugs such as methadone, buprenorphine, or naltrexone, and enhanced distribution of naloxone, the antidote for an opioid overdose. These programs not only reduce deaths but are a more cost-effective allocation of resources.

States are already taking the lead in promoting harm reduction. In January, Arizona became the forty-third state to enact a “Good Samaritan” law, encouraging witnesses of drug overdoses to call for help without fear of arrest. And last week the Arizona House unanimously approved a law to legalize needle exchange programs, already legal in 30 states and not prohibited by law in five others.

The states are also doing more to eliminate legal grey areas which prevent harm reduction methods. Supervised Injection Facilities (“Safe Injection Rooms”) are endorsed by the American Medical Association. One has been discreetly operating outside the law in an undisclosed location with great success and community acceptance since 2014, but efforts are underway in Seattle and Philadelphia to establish them in their cities. And nearly every state has found ways around the prescription drug status of naloxone to make it more available to patients and their close contacts.

After a half-century of being “tough on drug dealers and drug users,” drug overdose deaths nonetheless continue climbing to record levels. Heroin and fentanyl are cheaper and more available than prescription drugs on the street, and the war on drugs has filled our prisons, affecting the lives and futures of millions of the innocent as well as the guilty, as the U.S. incarceration rate is greater than that of Cuba or Russia.

President Trump should override his impulse to double down on futile and inhumane responses to the scourge of drug-related deaths afflicting the nation. Threats of increased prisons sentences — or even death sentences — amount to nothing more than a temper tantrum. Instead, the president should lead a change in strategy that embraces harm reduction, with an eye toward eliminating the death penalty to which our War on Drugs essentially sentences so many drug abusers.

Jeffrey A. Singer is a senior fellow at the Cato Institute and a general surgeon in private practice in metropolitan Phoenix, AZ. He is principal and founder of Valley Surgical Clinics, Ltd., the largest and oldest group private surgical practice in Arizona.

MORE FROM Jeffrey A. Singer