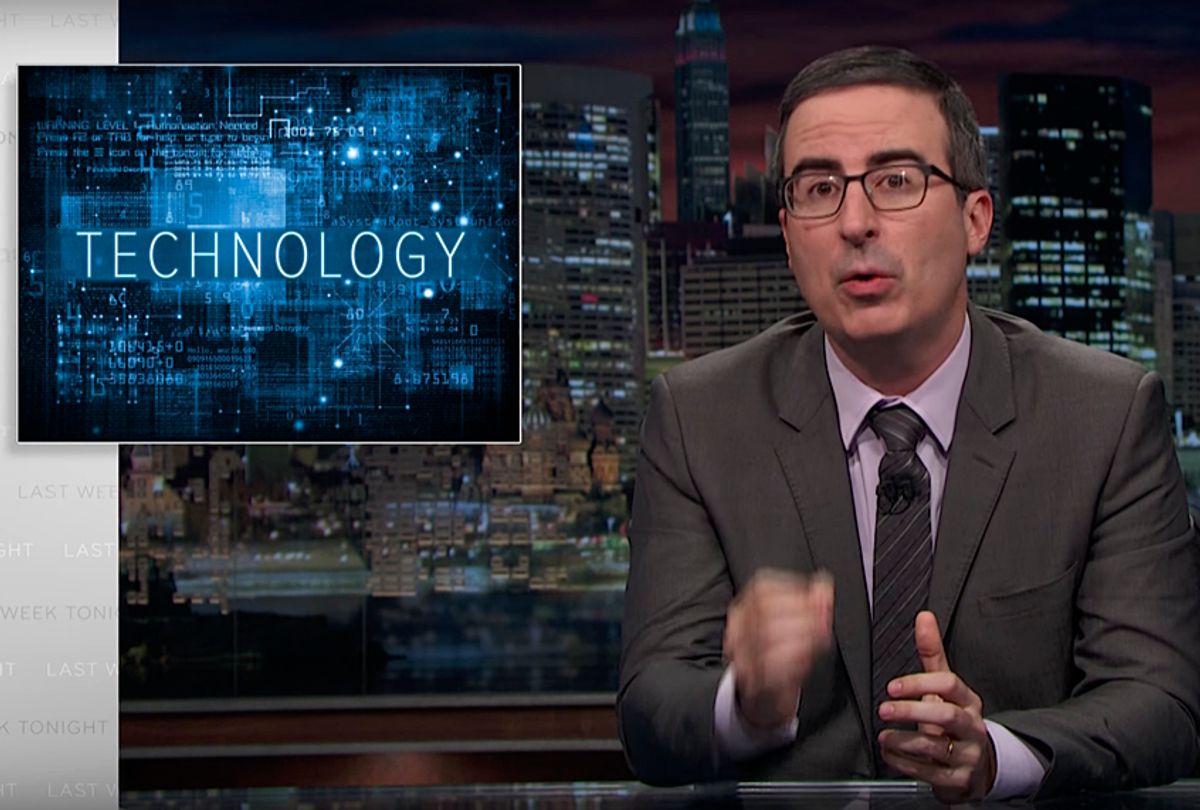 Cryptocurrencies are digital currencies that uses encryption technology and operate independently of a central bank.

Bitcoin's explosion in recent months has received substantial coverage, and it has sparked further discussion about cryptocurrencies as a whole. But Oliver dived into crypto's "cult-like devotion."

"Like most currencies, the fundamental reason Bitcoin has value is because people agree that it has value," Oliver explained. "At the moment, it's really being treated more like a speculative investment than a currency."

He continued, "Think of it like Beanie Babies. Why is this Beanie Baby currently being offered for sale on Etsy for the price of $15,000? Well, because its owner thinks that someone will pay that for it."

Bitcoin is built on blockchain technology, which allows for faster and safer transactions. (Full disclosure: Salon has been using blockchain technology. Users to the site who don't want ads can opt-in to allow their computer to, among other things, help fight ad fraud.)

"Normally, if I wanted to send money to someone across the world, a bank would need to verify that transaction and it could take days," Oliver explained. "But with Bitcoin it is vastly faster because no bank is involved and that is because blockchain technology allows a record or a ledger of every Bitcoin transaction ever made to be stored, not in one place, but across vast numbers of computers."

He continued, "That is part of what people mean when when they say Bitcoin is 'decentralized.'"

Oliver went on to warn that cryptocurrencies are still a major risk and that the market is incredibly volatile. "The important thing to remember here is this is a brand-new, very complicated space, and literally nobody knows how it’s going to develop, so you need to be careful," he explained.