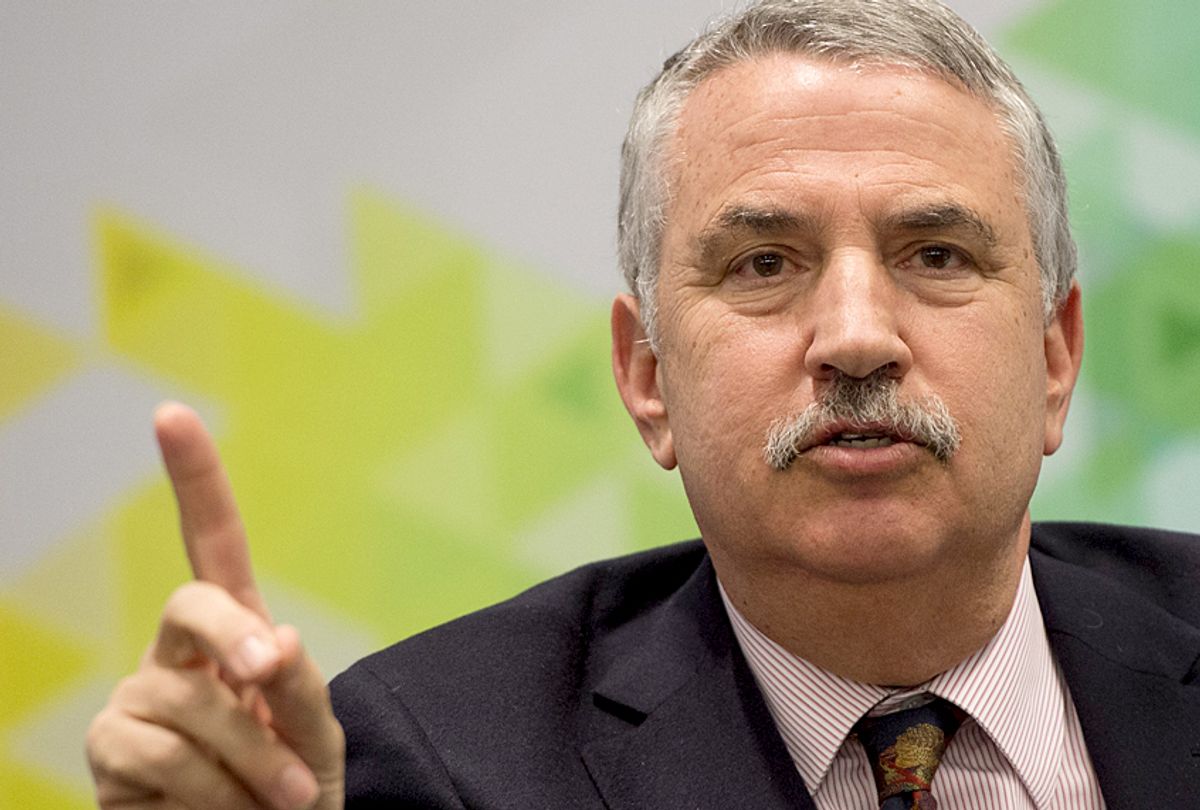 It's truly a tale of two newspapers.

A new report in the New York Times about corruption in Saudi Arabia led by Crown Prince Mohammed bin Salman has contradicted a November column by Thomas Friedman, who painted a glowing profile of a young, future leader ready to liberalize a deeply and historically conservative nation. Friedman wrote about his time with the leader, whom he called M.B.S.

"The most significant reform process underway anywhere in the Middle East today is in Saudi Arabia," Friedman wrote in the opening line of his story last November.

Friedman, who met with bin Salman in Riyadh, wrote of the leader:

Unlike the other Arab Springs — all of which emerged bottom up and failed miserably, except in Tunisia — this one is led from the top down by the country’s 32-year-old crown prince, Mohammed bin Salman, and, if it succeeds, it will not only change the character of Saudi Arabia but the tone and tenor of Islam across the globe. Only a fool would predict its success — but only a fool would not root for it.

After nearly four hours together, I surrendered at 1:15 a.m. to M.B.S.’s youth, pointing out that I was exactly twice his age. It’s been a long, long time, though, since any Arab leader wore me out with a fire hose of new ideas about transforming his country.

And here's what the "fire hose of new ideas" means in the real world:

But extensive interviews with Saudi officials, members of the royal family, and relatives, advisers and associates of the detainees revealed a murkier, coercive operation, marked by cases of physical abuse, which transferred billions of dollars in private wealth to the crown prince’s control.

Corruption has long been endemic in Saudi Arabia, and many of the detainees were widely assumed to have stolen from state coffers. But the government, citing privacy laws, has refused to specify the charges against individuals and, even after they were released, to clarify who was found guilty or innocent, making it impossible to know how much the process was driven by personal score settling.

And although the government said the campaign would increase transparency, it has been conducted in secret, with transactions carried out in ways that avoid public disclosure, and with travel bans and fear of reprisals preventing detainees from speaking freely.

Friedman's reporting, while published in the opinion section, still must be held to ethical standards and far too often gives unrealistic optimism that M.B.S. some sort of champion of the people. He wrote that M.B.S. "has his flaws" — by that standard, every human being does. He added, "Again, I make no predictions," which is fair, but his reporting paints a distinct picture and so do the things in which he didn't report.

The more things change, the more they stay the same.