Russian President Vladimir Putin deflects blame for 2016 hacking to Jews, who he says may not even be Russian 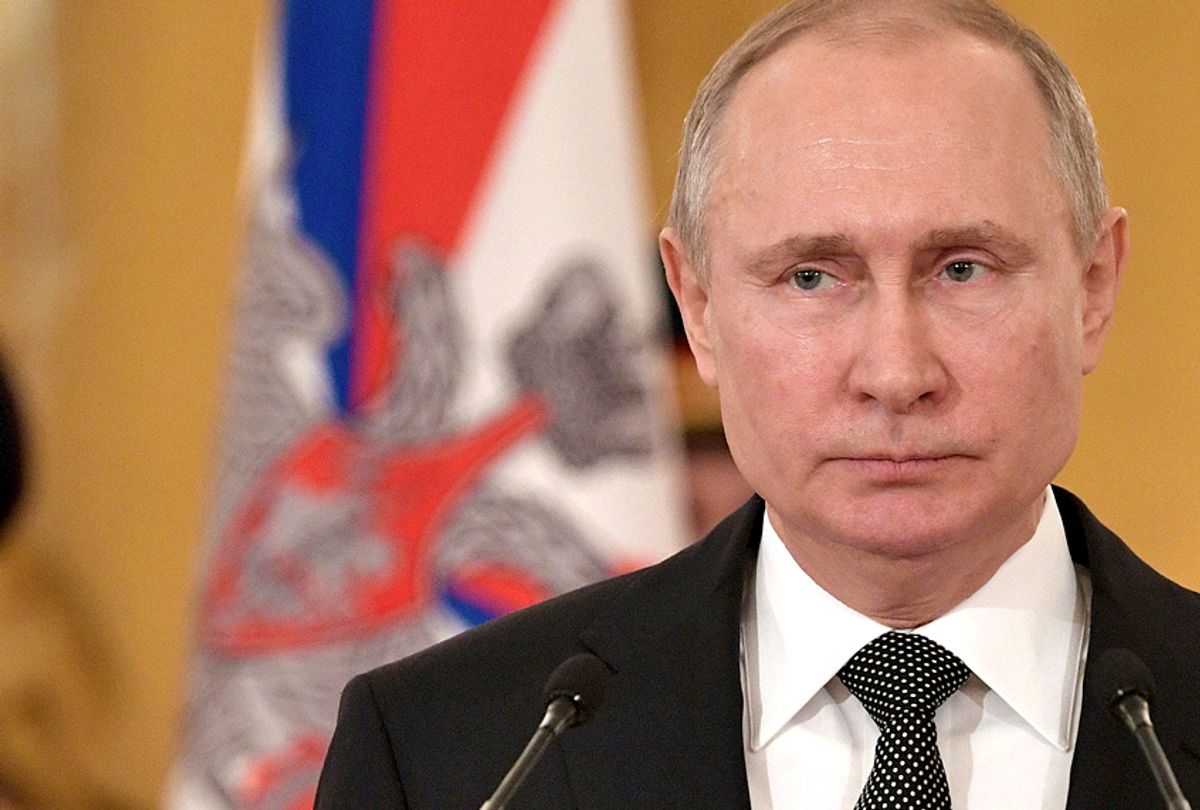 Denying any involvement with the 2016 U.S. election, Russian President Vladimir Putin has come under fire after suggesting any alleged meddling could have been carried out by Russian Jews.

Putin claimed election interference could have come from anyone — even from people living inside Russia whom he seemed to suggest weren't true Russians.

He added, "Maybe they have dual citizenship or a Green Card; maybe the U.S. paid them for this. How can you know that? I do not know either."

The comment was immediately seen as an anti-Semitic remark by many, such as Sen. Richard Blumenthal, D-Conn., who believed that Putin suggested Russian Jews were not actually Russian. Blumenthal called out President Donald Trump directly, for not having issued a response that condemned Putin's remarks.

"President Putin bizarrely has resorted to the blame game by pointing the finger at Jews and other minorities in his country,"  Jonathan Greenblatt, the CEO of the Anti-Defamation League (ADL), said in a statement. The group is a Jewish non-governmental organization that fights "to stop the defamation of the Jewish people, and to secure justice and fair treatment to all," a statement on the ADL's website said. "It is deeply disturbing to see the Russian president giving new life to classic anti-Semitic stereotypes that have plagued his country for hundreds of years, with a comment that sounds as if it was ripped from the pages of the 'Protocols of the Elders of Zion.'"

There has so far been no statement about any comments from the White House or from President Trump.

Putin went on to suggest other countries could have also played a role in the U.S. election, such as France, Germany and "Asia." He denied any responsibility, any role and any wrongdoing.

Kelly asked Putin what left him satisfied about his claims that Russia was not involved.

"I know that they do not represent the Russian state or the Russian government. And I have no idea what they did and what they were guided by," Putin said. "Even if they did something, then our American colleagues should not just say something in interviews with the media but give us specific data, with proof. We are ready to consider it and talk about it. "

When Kelly asked if he would then extradite the 13 Russians indicted by a grand jury as a result of Special Counsel Robert Mueller's investigation, Putin rejected the notion.

"Never. Just like the United States, Russia does not extradite its citizens anywhere," he explained. "Have you ever extradited any of your citizens? This is my first point."

He added, "Second, I do not believe anything illegal was committed."

So why did no one in the White House denounce Putin's anti-Semitic slur? That's a very good question, and it wasn't one that went unasked.