"Why did they lie when everybody knows they’re lying?" Scarborough asked 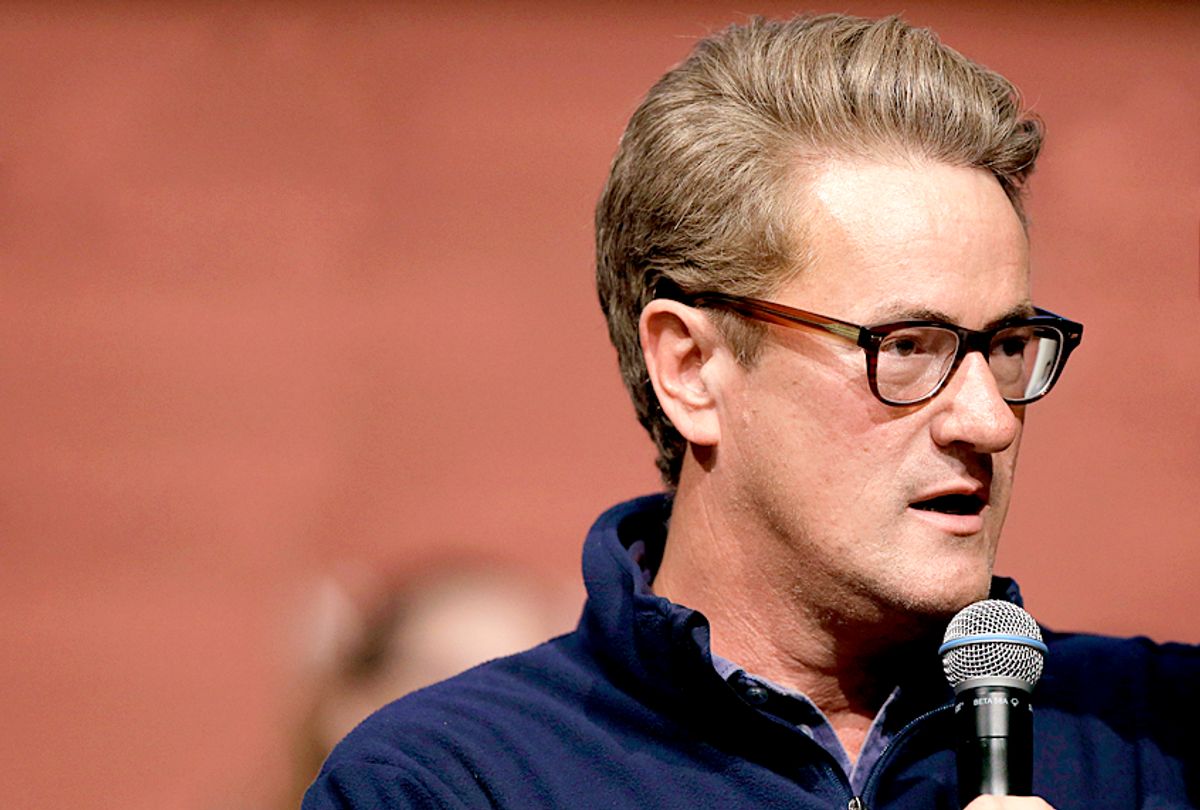 When the House Intelligence Committee ignored the intelligence community and a majority of foreign policy experts to conclude that Russia had not been trying to help Donald Trump when it meddled in the 2016 presidential election, they did so in order to come to the aid of the Republican president.

This fact has not gone unnoticed by other Republicans.

"Let’s talk about who’s investigating. You’ve got the House Intel Committee obviously, Devin Nunes, who tried to recuse himself but just couldn’t help himself, shuttling back and forth from the White House, being played as Donald Trump’s dupe — and that’s obvious that he was. Lying to the press corps right there, claiming he had information, then rushing over to the White House saying, ‘Hey, what information do I have?'" MSNBC pundit Joe Scarborough proclaimed on Tuesday morning.

He added, "This guy has been caught red-handed time and time again being nothing more than a courier for Donald Trump’s handlers down at the White House." The House Intelligence Committee's report, Scarborough insisted, was "made for talk radio" and had no value as a work of impartial analysis. Scarborough pointed to "the testimony of four intelligence officers appointed by Donald Trump testify before Congress that Russia tried to interfere in the election on behalf of Donald Trump. They know that."

Another Republican who attacked the committee's conclusion was Rep. Tom Rooney, R-Fla., who acknowledged to CNN's Erin Burnett on Monday night that the committee had lost its credibility because of its members' decisions to prioritize shaping the news cycle over getting things done.

"We have gone completely off the rails, and now we're basically a political forum for people to leak information to drive the day's news," Rooney told Burnett.

He added, "We have lost all credibility and we're going to issue probably two different reports, unfortunately. So in that regard, that's why I called for the investigation to end."