Gina Haspel, the first woman ever selected to run the covert agency, has a disturbing history with the CIA 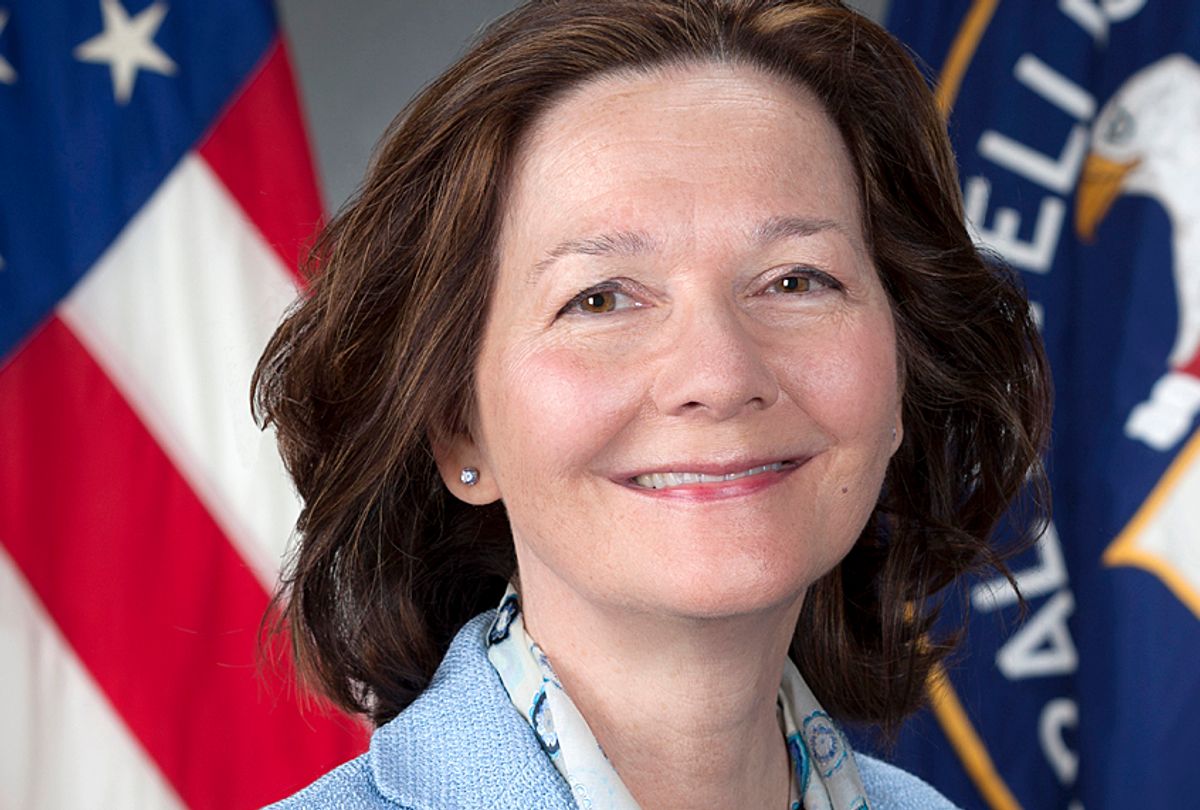 President Donald Trump nominated Gina Haspel, a veteran of the Central Intelligence Agency as well as its current deputy director, to lead the nation's spy agency on Tuesday. Her nomination, which comes after CIA Director Mike Pompeo was selected to take over as secretary of state, has drawn new attention to the agency's stance on torture.

If confirmed, Haspel would be the first female to lead the CIA, but she is a longtime veteran of the agency and has been at the center of some of its most heinous actions. Her history of both participating in, and being a party to, disturbing and inhumane behavior ignited widespread criticism of Trump's choice, as she now awaits a confirmation by the Senate.

In 2002, Haspel ran one of a number of CIA "black site" torture prisons in which she oversaw the torture of two detained suspected terrorists and later attempted to destroy video evidence of the inhumane treatment, according to the Washington Post.

At the secret Thailand prison detainees were subjected to "waterboarding and other harrowing interrogation measures widely condemned as torture," the Post noted.

One detainee Haspel oversaw the torture of was Abu Zubaydah, who was subjected to brutal interrogation methods and was waterboarded 83 times in just one month, The New York Times reported. He also had his head slammed into walls repeatedly and lost his left eye.

Trump's appointment of Haspel comes after he fired Secretary of State Rex Tillerson on Tuesday and announced his replacement would be Pompeo.

It also exemplifies Trump's infatuation with torture, or at least with those have been privy to it. On the campaign trail, Trump promised to implement torture and disturbing interrogation tactics for anyone the U.S. detained.

She's expected to face a contentious Senate hearing, and even received criticism from Sen. John McCain, R-Ariz., who said she was involved in "was one of the darkest chapters in American history."

It's important to note, however, that Haspel's nomination certainly not a major departure from how the CIA has operated in the past. She's an insider that has been praised within the agency by both current and former officials.

"The building will love the fact that she’s an insider," Mark Lowenthal, a former senior CIA officer, told the Post.

Many were quick to denounce Trump's decision, and delivered a reminder of why her disturbing past may foreshadow a dark glimpse into the future of the Trump administration.