Before his firing, Tillerson took a hard line toward Russia, something that President Donald Trump has yet to do 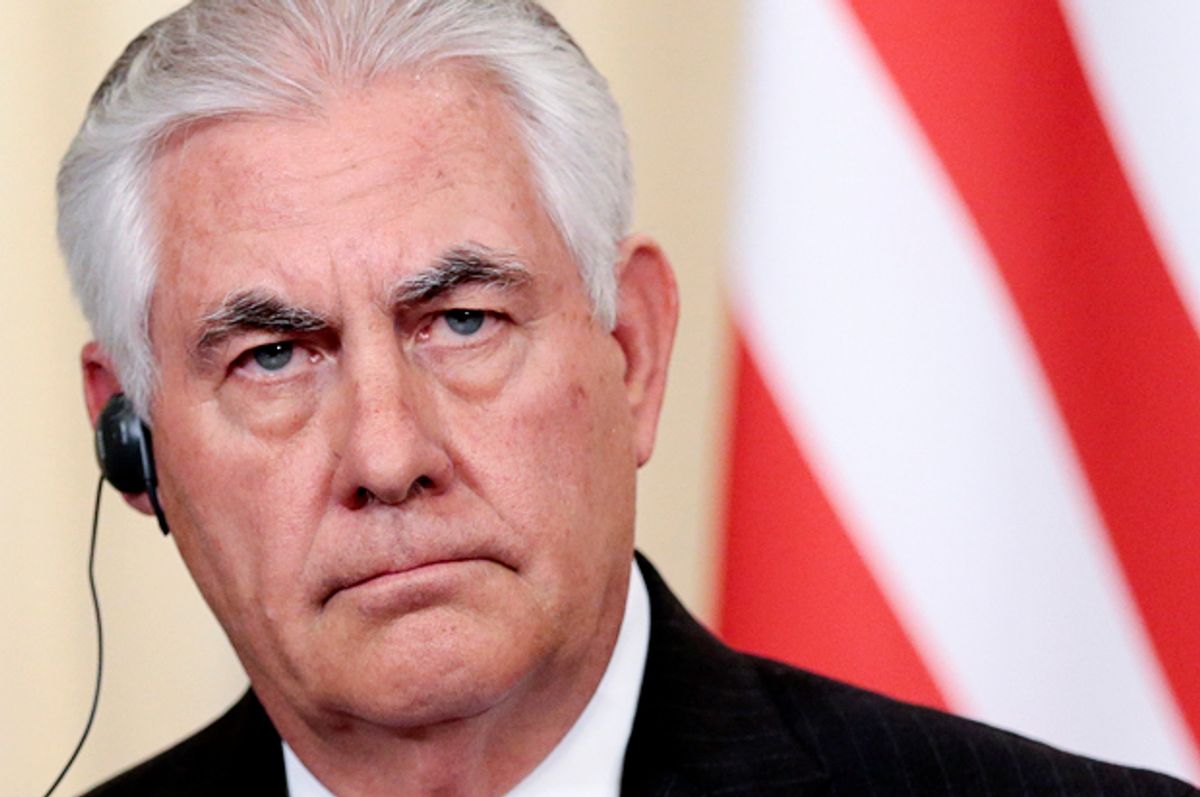 Rex Tillerson's parting words as secretary of state were, perhaps appropriately, words that differed from President Donald Trump on a key issue — Russia.

In a statement made in the African country of Cape Verde, Tillerson denounced the poisoning of a former spy in the United Kingdom as "an egregious act" that "clearly came from Russia," according to The New York Times. He added that he had "become extremely concerned about Russia," arguing that after spending a year trying to work together with Russia on a number of issues, "we didn’t get very far. Instead what we’ve seen is a pivot on their part to be more aggressive."

Tillerson added, "And this is very, very concerning to me and others, that there seems to be a certain unleashing of activity that we don’t fully understand what the objective behind that is. And if in fact this attack in the U.K. is the work of the Russian government, this is a pretty serious action."

Compare that to the president's quote on Tuesday: "It sounds to me like they believe it was Russia — or someone else."

Although the news had not been publicized yet, at the time that Tillerson made his comments about Russia he had already been informed that he was being fired. The former ExxonMobil executive had clashed with Trump on a number of occasions, from calling Trump a "moron" after he compared military strategy to opening a New York City restaurant to being humiliated when Trump openly criticized Tillerson's attempts to engage in diplomatic talks with the North Korean regime of Kim Jong-un.

In terms of Russia's alleged involvement in the poisoning of former spy Sergei Skripal and his daughter, Tillerson took a far more aggressive tack than the president, according to The Washington Post. White House Press Secretary Sarah Huckabee Sanders has refused to discuss whether Russia played a role in the attack and was only willing to express solidarity with the United Kingdom in its aftermath. Her approach echoed the wishy-washy attitude taken by the Trump administration on a number of occasions toward Russia, particularly when it comes to their alleged meddling in the 2016 presidential election.

During his final moments as Secretary of State, Tillerson apparently had had enough of that.