Trump's personal assistant couldn't get a security clearance, so he joined the Trump campaign 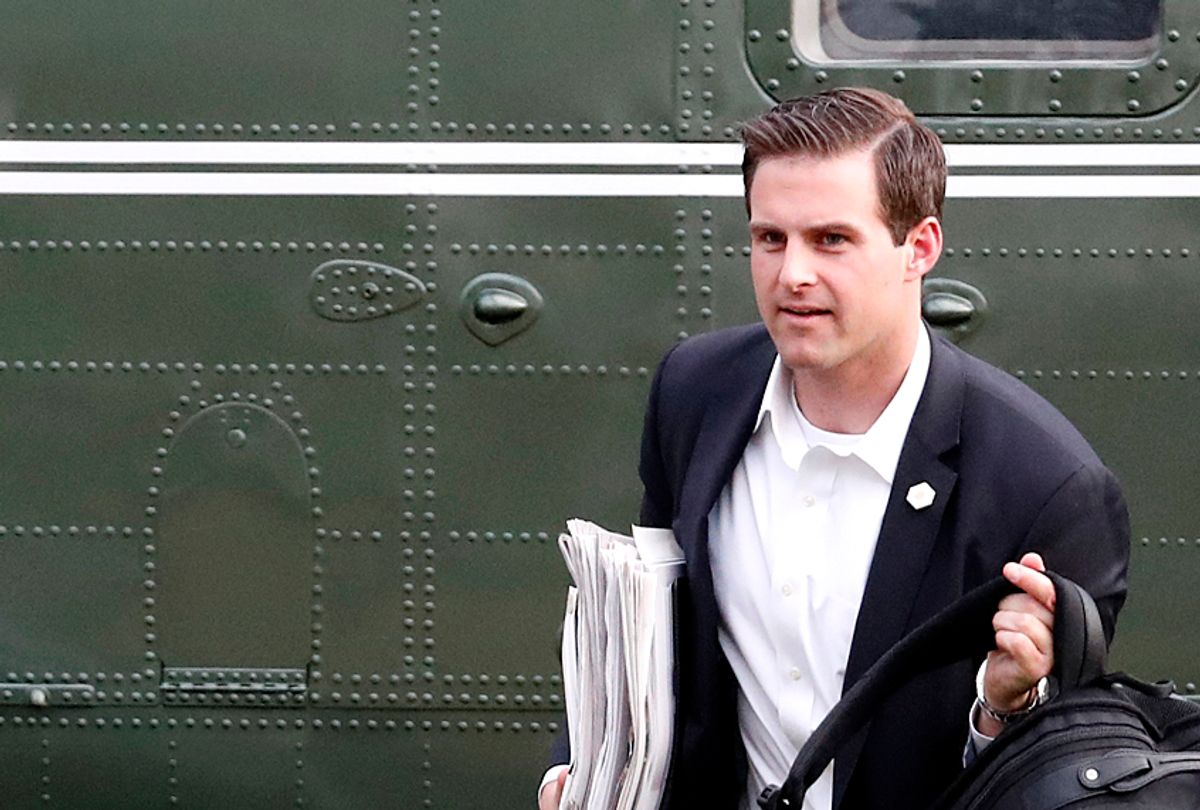 President Donald Trump's personal assistant lost his job in the White House on Monday due to issues trying to obtain a security clearance. By Tuesday morning, he had been hired on to the Trump re-election campaign.

According to a report by The Wall Street Journal:

President Donald Trump’s personal assistant, John McEntee, was fired and escorted from the White House on Monday after being denied a security clearance over financial problems in his background, according to senior administration officials and people close to the former aide.

People close to Mr. McEntee said problems related to online gambling and mishandling of his taxes prevented him from gaining the clearance necessary for the role. The Secret Service is investigating Mr. McEntee for those issues, according to a law enforcement official.

In the aftermath of McEntee's firing, Trump's 2020 presidential campaign announced that he would be added to their team as a senior adviser for campaign operations. This puts him outside the reach of White House Chief of Staff John Kelly, who has tightened policies regarding the need for security clearances after staff secretary Rob Porter left in disgrace when it came out that accusations of domestic violence had stymied his efforts to obtain final approval for his own security clearance.

The most conspicuous security clearance kerfluffle has involved Jared Kushner, Trump's son-in-law and adviser. Kushner has had his security clearance downgraded and faced intense criticism for a number of errors that appeared on his security clearance questionnaire. There have been concerns that Kushner's numerous business connections could have created conflicts of interest that impaired his ability to impartially serve the public.