Latin America’s era of the woman president is over. What have we learned? 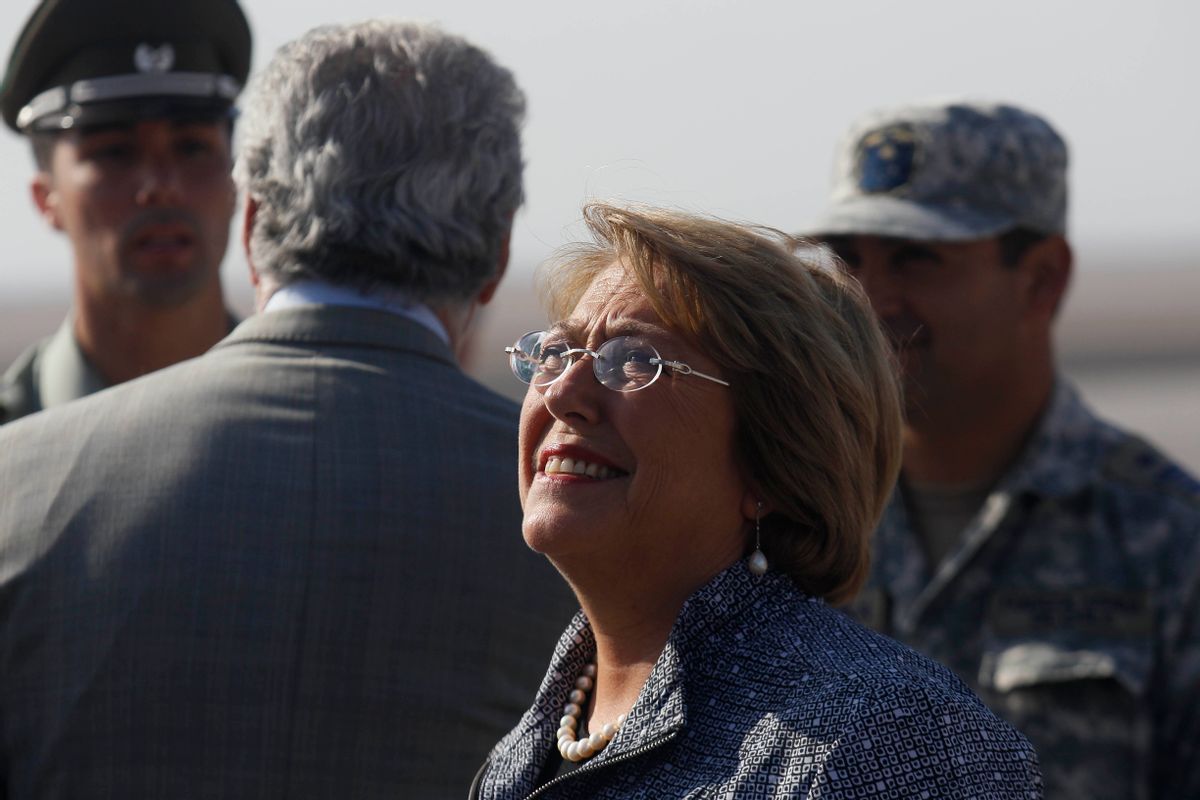 When Michelle Bachelet steps down as Chile’s president on March 11, she will bring to a close not just her own administration but also an era of female leadership in Latin America.

Between 2006 and 2018, four women served as presidents in the region. On the political left, Bachelet and Argentina’s Cristina Fernández both completed two terms. Brazil’s Dilma Rousseff, of the progressive Workers’ Party, was impeached a year into her second administration. And, on the center-right, Laura Chinchilla governed Costa Rica from 2011 to 2014.

For gender researchers like ourselves, this is a rare chance to assess how the president’s gender influences policy in Latin American countries. Global research has confirmed that having women in the highest echelons of power leads to greater political engagement among women and girls. We wanted to know what Latin America’s four “presidentas” had done to promote gender equality while in power.

Here’s what we learned.

And based on public opinion survey data, we knew that in Latin American countries with female heads of state, women were slightly more likely to participate in local politics than in countries run by men. Latin Americans who have a woman for president are also much less likely than other respondents to say they think men make better political leaders than women.

But our new research disproves the admittedly tempting idea that merely putting a woman in power improves gender equality. Other factors, including party politics and the presence of strong social movements, turn out to exert more influence on a president’s policies.

Take abortion, for example, which is largely outlawed in heavily Catholic Latin America. Even in the few countries, like Costa Rica, that allow women to terminate pregnancies resulting from rape, the procedure is still extremely difficult to obtain. Fully 97 percent of Latin American women cannot get safe, legal abortions, leading to high rates of maternal mortality.

But attempts to ease Latin American abortion laws have historically provoked a deep conservative backlash. In Brazil, Rousseff declared her support for abortion liberalization on the campaign trail in 2010, but had to backpedal due to intense media criticism. Once in office, Rousseff remained silent on reproductive rights.

Bachelet also shied away from the issue during her first term. The Catholic opposition was well organized and, at the time, Chile’s feminist movement was relatively weak. Bachelet focused instead on access to emergency contraception.

By the time she ran for re-election in 2013, however, feminists had coalesced around abortion reform. They pushed Bachelet to include reproductive rights in her campaign and kept the pressure on once she was in office. In 2017 Chile made abortion legal in cases of rape, fetal deformity or danger to a mother’s life.

That’s because major social change requires more than just a woman president. The kind of political party she leads matters a lot — more, in fact, than her gender.

The left-wing populist parties that ruled Ecuador, Argentina and Venezuela during the period we analyzed made no effort to liberalize abortions. In fact, we found that populist leaders, in their quest to appeal to the masses, actively shut out feminist activists and ignored the demands of female constituents.

Anti-poverty policies are typical of the populist Peronist movement that brought Fernández and her husband, former president Nestor Kirchner, into power. These initiatives may also help women, since they are poorer than men, but that’s not the main goal.

In the Latin American countries we studied, those where reproductive rights most improved in the early 21st century were ruled by what political scientists call “institutionalized parties.” Such parties generally have a cogent ideology — though it could be left, right or center — a broad base of support and clear structures for responding to constituent demands.

When Bachelet finally loosened abortion restrictions, it was at the helm of a broad-based coalition called the New Majority. Likewise, Uruguay fully legalized abortion in 2012 under the presidency of José Mujica and his Broad Front alliance.

Legalizing abortion — one of the world’s most polarizing policy debates — may be asking a lot. So we also assessed whether these four presidentas promoted gender equality in other ways.

We found they did somewhat better on childcare, which enables women to return to the labor market after becoming mothers. Argentina’s Fernández paid the topic little mind, but Bachelet, Rousseff and even Costa Rica’s center-rightist Chinchilla all expanded access to childcare during their tenures.

But so did the men who governed Uruguay during the same period. That supports the idea that party type matters more than the chief executive’s gender when it comes to a country’s women’s rights.

And when looking at perhaps the most dramatic improvement in gender equality in Latin American in recent years — the high number of women in politics — we see that these changes, too, were led by male and female politicians alike.

Improvements began in the early 1990s. Back then, nearly every Latin American country adopted some form of gender quota, which requires political parties to nominate a certain percentage of women for legislative office. In many cases, though, the early laws were rather weak. Parties put women on the ballot in districts they could never win or didn’t get fully behind their campaigns.

Over the past decade, women politicians and feminists across the region have organized to improve political participation among women. In every country where women pushed stronger gender quotas through Congress, those initiatives became law.

The payoff of this popular women’s mobilization has been huge: Between 1990 and 2018, the percentage of female lawmakers in Latin America shot up, from 9 percent to 28 percent.