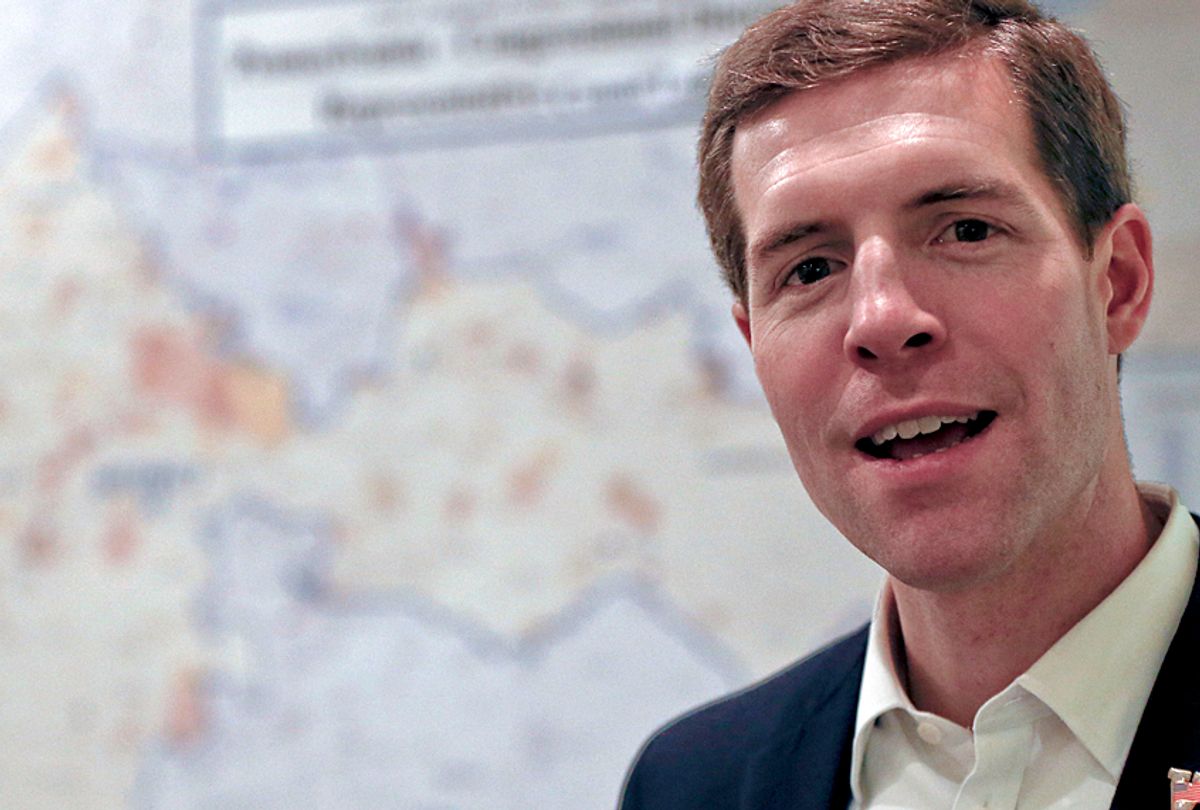 By just about any objective standard, the special election in the Pennsylvania 18th Congressional District was about as inconsequential as they come. At the same time, the race, and Conor Lamb’s apparent and very narrow victory, is also extremely important.

Together, the two of us run an institute in Pennsylvania dedicated to democracy.

How an election can be inconsequential and extremely important at the same time? Let us explain.

First, this was a special election, called because the former office holder had to resign. Congressman Tim Murphy was on record as strongly pro-life, but when his mistress became pregnant, he allegedly encouraged her to seek an abortion. These unusual circumstances mean that Conor Lamb will only hold the seat until January 2019. He will have to run again in November if he wants to continue to serve.

The Pennsylvania Supreme Court has rendered this race even more ephemeral. Ruling in mid-February that the state congressional map was so gerrymandered that it was unconstitutional, the Court imposed new districts. The 18th in its current form has been eliminated. Barring some unexpected intervention, this will be the last election under the former map.

Under the new map, the two candidates now live in different districts. That means they will likely campaign in two separate congressional elections if they decide to run in the fall. Lamb now has the power of incumbency, albeit far less than a typical winner. Rick Saccone will probably run in the new 14th — a strong Republican district. After this narrow defeat, he may now have trouble getting through the primary. But it is also possible that come January, Saccone the Republican and Lamb the Democrat both end up in Congress, with each representing only some of those who voted yesterday.

For all these reasons, Conor Lamb’s election is just not that big of a deal.

Why it’s a big deal

On the other hand, the two parties spent nearly US$16 million on this inconsequential election — with over $10 million of that coming from outside conservative groups alone. Money talks, and in this case it was screaming that this election is extremely important.

Tucked in the southwest corner of Pennsylvania, the 18th is whiter, and a little older, richer and better educated, than the state as a whole. The district includes Pittsburgh suburbs in Allegheny County that leaned toward Clinton in 2016. However, the district’s more rural and blue collar components are Trump Country. Extending south to West Virginia and west to the Ohio border, this is coal and steel country with a strong union presence. In fact, blue collar jobs and union membership in this district are up dramatically over where they were 10 years ago. But this is not because coal or steel jobs returned; it is because of natural gas fracking. The 18th delivered more votes to Donald Trump — 215,102 — than any other district in Pennsylvania. Trump won the 18th by 20 percentage points.

So this election offers an insight into the staying power of the Trump coalition. In short, this election was always more about Trump than it ever was about Lamb or Saccone. And the fact that Democrats took this seat, however narrowly, speaks volumes about what people in Trump Country are thinking.

To be sure, Conor Lamb did not want the election to be understood this way. He thought it better to insist that he was “not running against President Trump.” But Saccone’s campaign worked very hard to tie himself to Trump’s popularity and his agenda. Saccone said that he “was Trump before Trump was Trump.”

More importantly, Trump saw the election that way, too. His campaign rally three days before the election manifested a now predictable stream of consciousness, but what little he actually said about the election was instructive. “Conor Lamb,” he said, “won’t give me one vote.” Lamb’s election on its own will have virtually no effect on Trump’s ability to pursue his agenda. But by tying Saccone’s election so closely to his own success, Trump made the election a referendum on his own performance to date. And therefore, Saccone’s loss is Trump’s loss. This district was Donald Trump’s wheelhouse. The fact that he could not hold onto it raises serious questions about his staying power. If that staying power is sufficiently diminished, control of the House itself will be in play.

The Republicans don’t want this to happen. So even though the district itself will disappear and not count toward either party’s legislative majority, they spent an inordinate amount of money to keep this district in the Republican column. Many believe that the president’s tariffs on steel and the recently passed tax cut plan were also efforts to minimize losses in the House. It remains to be seen whether Lamb’s victory will discourage more Republicans from seeking reelection. Again, the results were incredibly close, but given where the Democrats started this race, the prospects of a Democratic wave must appear a lot more likely to everyone, making Republicans more nervous.

Of course Democrats want to flip control of the House. And the fact that the Democrat won this election offers them some useful strategies. For one, just like previous results in Virginia and Alabama, this election offers additional evidence that suburban America is turning against Trump. For another, Lamb is a moderate Democrat. He has said that he would not vote for Nancy Pelosi for speaker. After Parkland he came out against new gun control measures. And he is personally against abortion. Lamb’s success, against what all regard as very long odds, shows Democrats that putting up more conservative candidates in red-leaning districts is a winning strategy.

When you consider the news that comes out of Washington on a daily basis, it is obvious that a lot will change between now and November. But for now we have this one little data point about this one little race in Pennsylvania. Those results show us that the 2018 elections, just like those in 2016, have the potential to upend American politics.