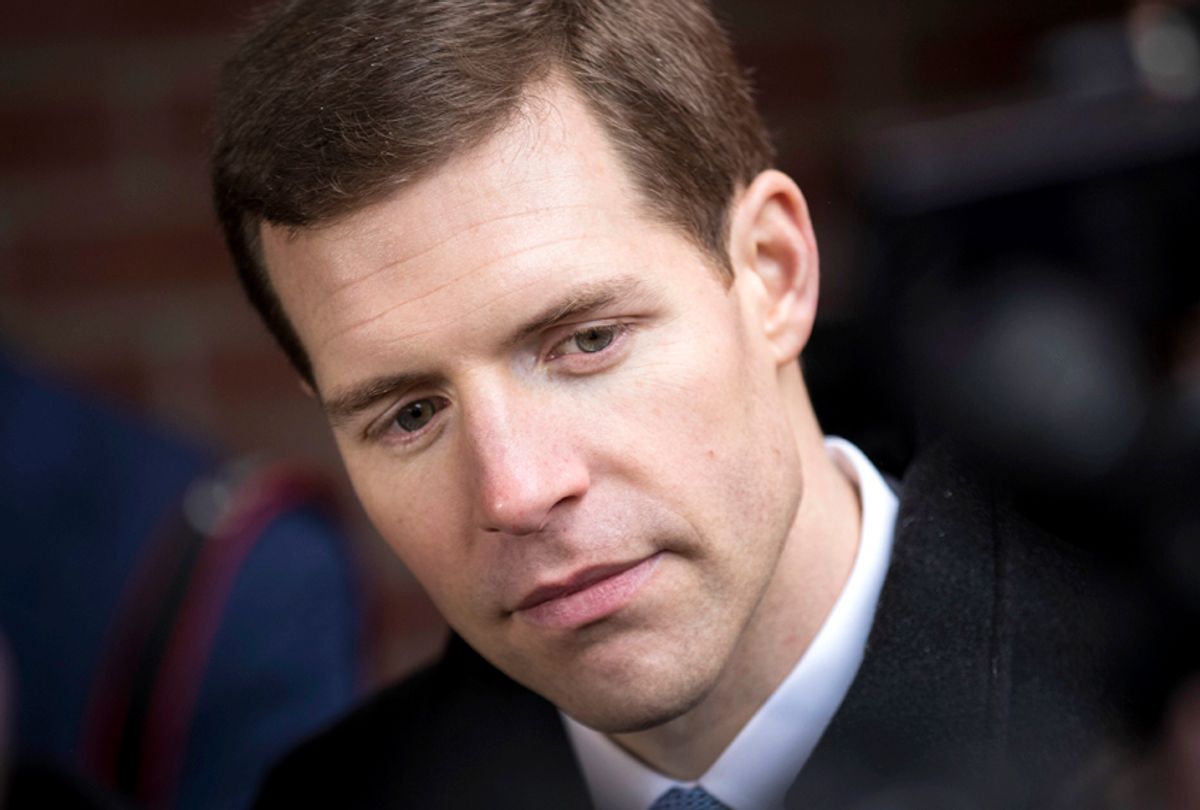 Conor Lamb, the just-declared Democratic winner of a special congressional election in Pennsylvania’s 18th congressional district, was a particularly strong candidate, picking off a deep red district for the first time in decades. But he wasn't a Republican.

Tuesday’s election, the first non-primary federal election of 2018, was a disaster for Republicans. The district — represented by a Republican in Congress for decades and won by Trump by nearly 20 points less than two years ago — voted for a pro-union Democrat who ran ads in defense of Social Security, expanded health care and Medicare.

Republicans have been furiously trying to recast Lamb as a one of their own.

"He was a Republican in name, but I can promise you he will vote like a Democrat in Congress," RNC spokesperson Kayleigh McEnany said on “Fox & Friends” early Wednesday morning. McEnany insisted that Lamb “adopted pro-Trump talking points” but “the Conor Lambs of the world are a dying breed, if not extinct."

While Lamb came out in favor of Trump’s planned tariffs, he campaigned against the GOP corporate tax cuts.

Fox News host Laura Ingraham claimed Lamb was in the mold of ultraconservative Sen. Tom Cotton — apparently unaware that the Democrat won the support of labor unions which had previously supported the Republican who represented the district.

Paul Ryan, whose super PAC poured $3.5 million into a district with only 500,000 voters, also described Lamb as a “conservative” on Wednesday. Ryan — who could face Randy Bryce in a November matchup in a more Democratic district than Lamb's — was called out for his efforts to dismantle the social safety net through the Republican tax bill.

But then, the speaker tried to spin Lamb’s success as less of a coming blue wave and more of a lucky fluke.

“You will have primaries in these other races and the primaries bring them to the left,” Ryan said. “I just don’t think this is something you’ll see a repeat of. "

Calling the race a “one-off” on Wednesday, Republican Rep. Chris Collins repeated a meaningless GOP refrain that Lamb is “pro-gun.” But Lamb, a former Marine, has campaigned for universal background checks.

Republicans threw all of their resources, including more than $10 million and visits from President Trump, Vice President Mike Pence, White House adviser Kellyanne Conway, Ivanka Trump and Donald Trump Jr., and none of it seemed to make much of a difference.

Ignore the lame GOP spin. Lamb’s win is nothing short of a repudiation of Republicans’ control of the federal government in the Trump era. The blue wave has officially crashed ashore.