"I find it just amazing that anyone would consider having this woman at the head of the CIA," Paul said 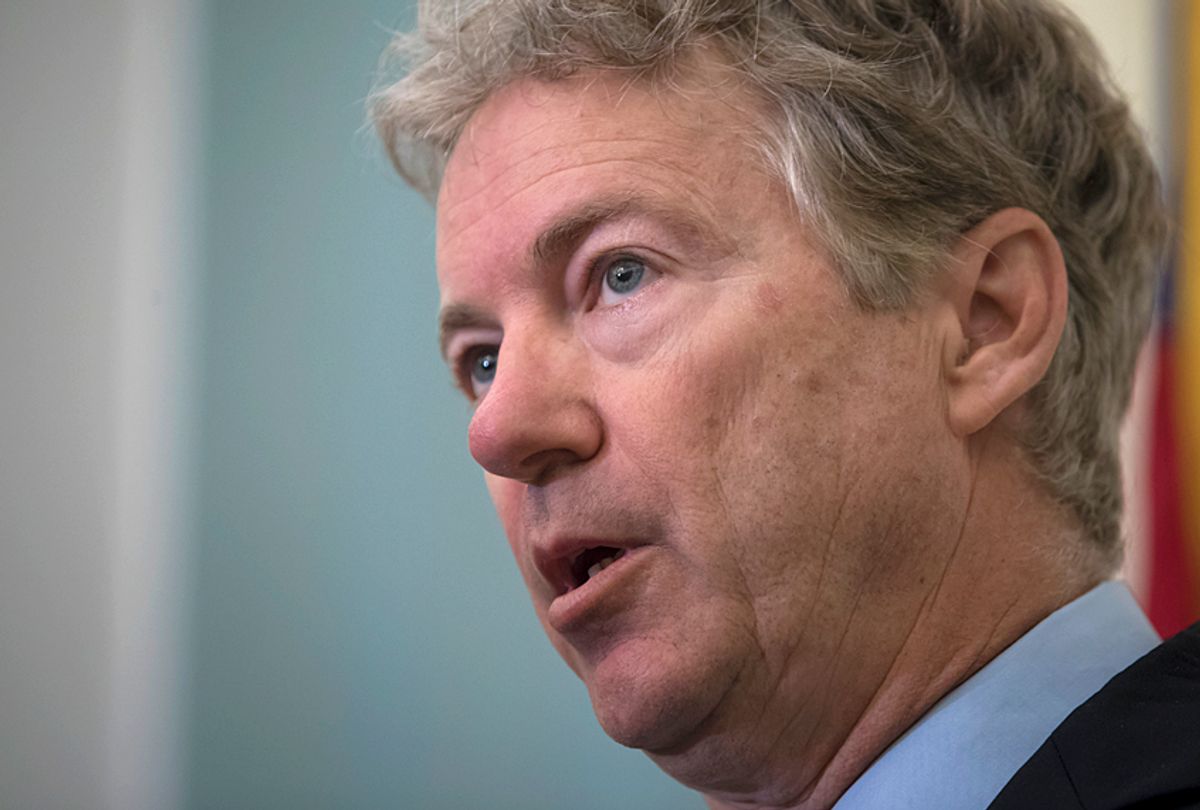 In a strong rebuke of the Trump administration's staffing decisions, Sen. Rand Paul, R-Ky., has announced he would not vote to confirm CIA Director Mike Pompeo as the new secretary of state or to confirm CIA Deputy Director Gina Haspel as the new head of the spy agency.

Paul slammed both Pompeo and Haspel for their support of the 2003 U.S. invasion and occupation of Iraq.

"I'm perplexed by the nomination of people who love the Iraq War so much that they would advocate for a war with Iran next. I think it goes against most of the things President Trump campaigned on," Paul said at a news conference.

After President Donald Trump fired Secretary of State Rex Tillerson on Tuesday, backlash ensued after he announced he had nominated Haspel to replace Pompeo. Haspel is a CIA veteran who ran a "black site" torture prison for the agency in Thailand in 2002. There, she oversaw the inhuman and brutal torture of detainees, participated herself and years later destroyed the video evidence of what had happened.

"I find it just amazing that anyone would consider having this woman at the head of the CIA," Paul said of her.

Pompeo, on the other hand, holds deeply disturbing views about Islam and is also a staunchly conservative evangelical Christian.

Paul and the president have had a rocky relationship from the beginning, but Paul said he still stood with Trump's agenda, though he believed people such as Pompeo and Haspel were actually at odds with earlier promises Trump had made.

So far only one other GOP member, Sen. John McCain, R-Ariz., has expressed skepticism over Haspel, but it is not clear if McCain will oppose her nomination. McCain has also been at home and away from Washington to receive chemotherapy for brain cancer, as Reuters reported.

"The torture of detainees in U.S. custody during the last decade was one of the darkest chapters in American history. Ms. Haspel needs to explain the nature and extent of her involvement in the CIA’s interrogation program during the confirmation process," McCain said in a statement on Tuesday.

McCain added that he was "confident that Mike Pompeo can meet that challenge as Secretary of State."

While Paul's opposition is notable, it is still unclear how Democrats plan to vote at the hearings, which are expected to be held in April, Reuters noted.

Pompeo was confirmed to lead the CIA by a 66-32 margin, as multiple Democrats supported him. While some Democrats, such as Sen. Ron Wyden of Oregon, were quick to denounce Haspel, others were not. Sen. Dianne Feinstein, D-Calif., instead issued praise of the woman who oversaw Bush-era torture programs.

"We've had a long personal talk," Feinstein said on Tuesday of the interrogation program, according to CNN. "I have spent some time with her. We have had dinner together. We have talked. Everything I know is that she has been a good deputy director of the CIA."