Morgan Roof is the younger sister of mass murderer Dylann Roof, who killed nine churchgoers in Charleston in 2015 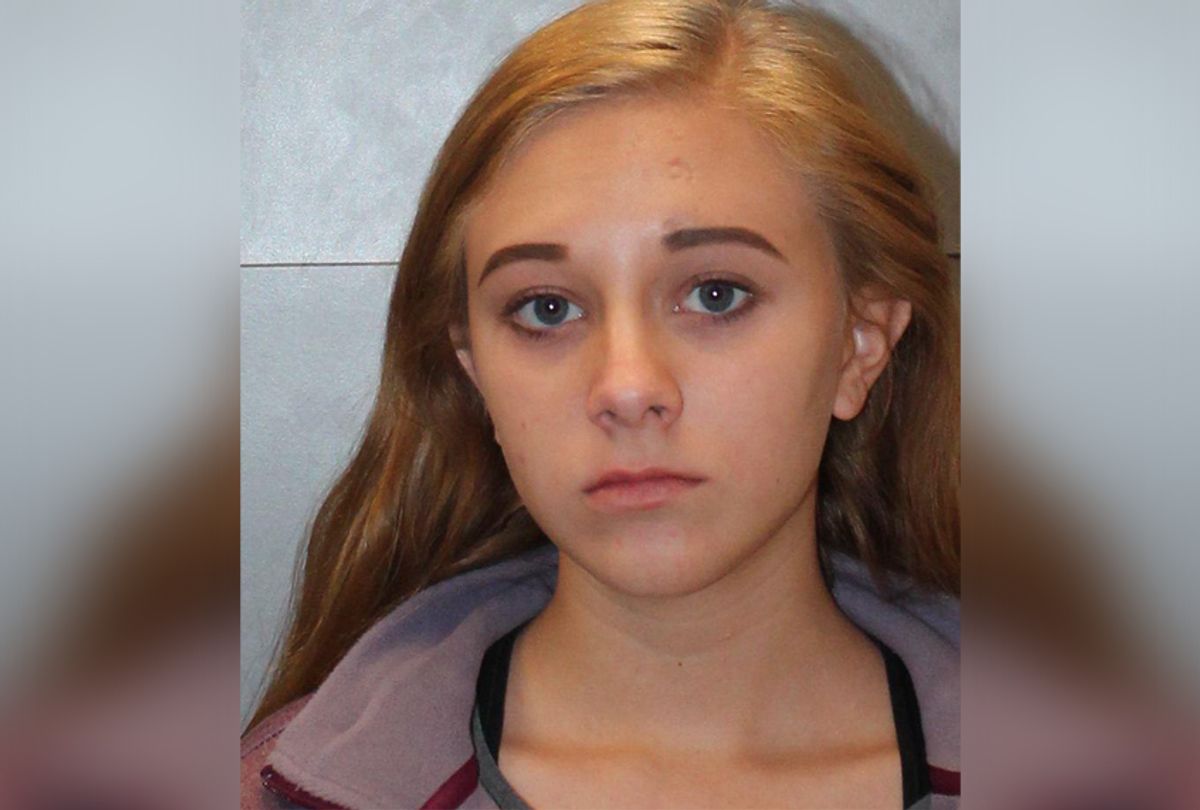 The sister of the convicted mass murderer Dylann Roof — who shot and killed nine churchgoers in Charleston, North Carolina in 2015 — was arrested Wednesday for allegedly carrying weapons and drugs while at school.

Authorities said 18-year-old Morgan Roof brought a knife, pepper spray and marijuana onto the grounds of A.C. Flora High School in Columbia, South Carolina. A resource officer was tipped off regarding "suspicious activity."

According to reports, Roof is also alleged to have posted a racist message on her Snapchat account in reaction to the school walkouts taking place nationwide as American youth went on strike to demand that politicians adopt common-sense gun reform. The protests lasted for 17 minutes in honor of the number of lives lost at the mass shooting that took place last month in Parkland, Florida.

"Your walking out of the allowed time of 17min, they are letting you do this, nothing is gonna change what tf you think it's gonna do? I hope it's a trap and y'all get shot we know it's fixing to be nothing but black people walkin out anyway," (sic) she said.

No students were harmed by Roof, who was charged with two counts of carrying a weapon on school grounds and one count of marijuana possession, authorities said. Under the condition she not return to campus, bond was set at $5,000, according to CNN.

Susan Childs, the principal at Roof's school, later sent a letter to parents addressing the incident. "A student used social media to post a hateful message. The posting was not a threat, but was extremely inappropriate. That student was dealt with in a swift and severe manner as the posting caused quite a disruption," she wrote. "I realize that rumors and the tragic school shootings in Florida are events that can cause anxiety for our students, parents, faculty and the community. Be assured that the safety of our students will always be our top priority."

South Carolina Gov. Henry McMaster also said in a statement that a "potential tragedy was avoided." He added, "For months, I have called on the General Assembly to join me in placing a trained, certified police officer in every school, in every county, all day, every day . . . Today was proof positive."