Space can change your DNA, we just learned

Astronaut Scott Kelly found that while 93 percent of his DNA returned to normal after coming home, 7 percent didn't 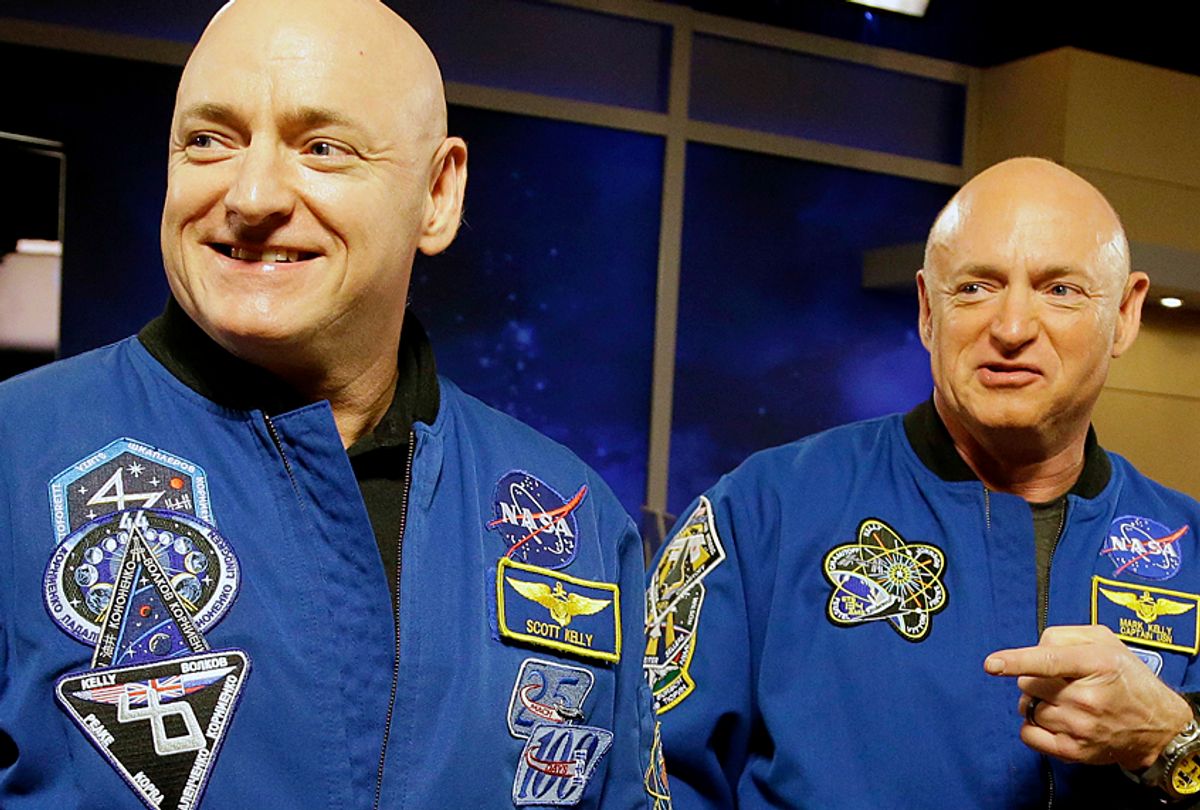 Update: “It wasn’t so much changes in the DNA, it was changes in gene expressions so the actual proteins that get expressed from those changes. There’s always a lot of variation in gene expression. Endurance exercise, for example, can change gene expression and that can change every day for all of us,” Professor Susan Bailey, associate professor at the Department of Environmental and Radiological Sciences at Colorado State University, told CBS News.

If you're a fan of science fiction, chances are you've encountered stories about human beings exploring the mind-bogglingly vast universe beyond our tiny planet. And if you're a fan of science, you understand that the challenges of traveling through space are much, much greater than depicted in iconic pop culture properties like "Star Trek" or "Star Wars."

Now science nerds have one more wet blanket they can throw on the fantasies of science fiction nerds: The fact that space can change your DNA so radically, it made a pair of identical twin brothers no longer genetically identical.

Two years after astronaut Scott Kelly returned to Earth following a one-year mission in space, 7 percent of his genes remained altered from their original state, according to CNN. Both Scott Kelly and his identical twin brother, Mark, subjected themselves to rigorous physical examinations and other tests so that scientists could assess how space changes a human body. While Scott was in space, Mark stayed on Earth, providing scientists with an ideal means of seeing how much their two bodies would differ when Scott Kelly returned home.

As it turned out, they differed quite substantially. There was possible damage to Scott Kelly's mitochondria, which assist in producing energy and helping cells respire. Scientists also found that Kelly's cells suffered from hypoxia, or insufficient tissue oxygenation, as well as damage to their chromosome caps (telomeres, which are associated with biological aging). Kelly also had problems involving bone formation, blood clotting and collagen. Finally, Kelly's DNA had experienced long-term changes, to the point where he was now no longer an exact match for his identical twin brother.

The interest in changes to Scott Kelly's body are more than academic. Because NASA's next goal is to send a manned mission to Mars, astronauts will need to prepare their bodies for a three-year trip through space. Both the exposure to hazardous space-based elements like radiation, as well as the stress of space travel itself, can radically alter the human body. It has been known for years, for example, that spending a lot of time in space can reduce bone density and lead to the formation of kidney stones. As a result, in order to prepare astronauts for the unprecedented duration and stress of a Martian voyage, scientists need as much information available to them as possible about how such a trip might impact the astronauts' bodies.

Considering that spending a lot of time in space just took the "identical" out of the Kelly brothers' twinship, it's fair to say that NASA scientists have their work cut out for them.