A watchdog group wants an investigation of Trump's budget director 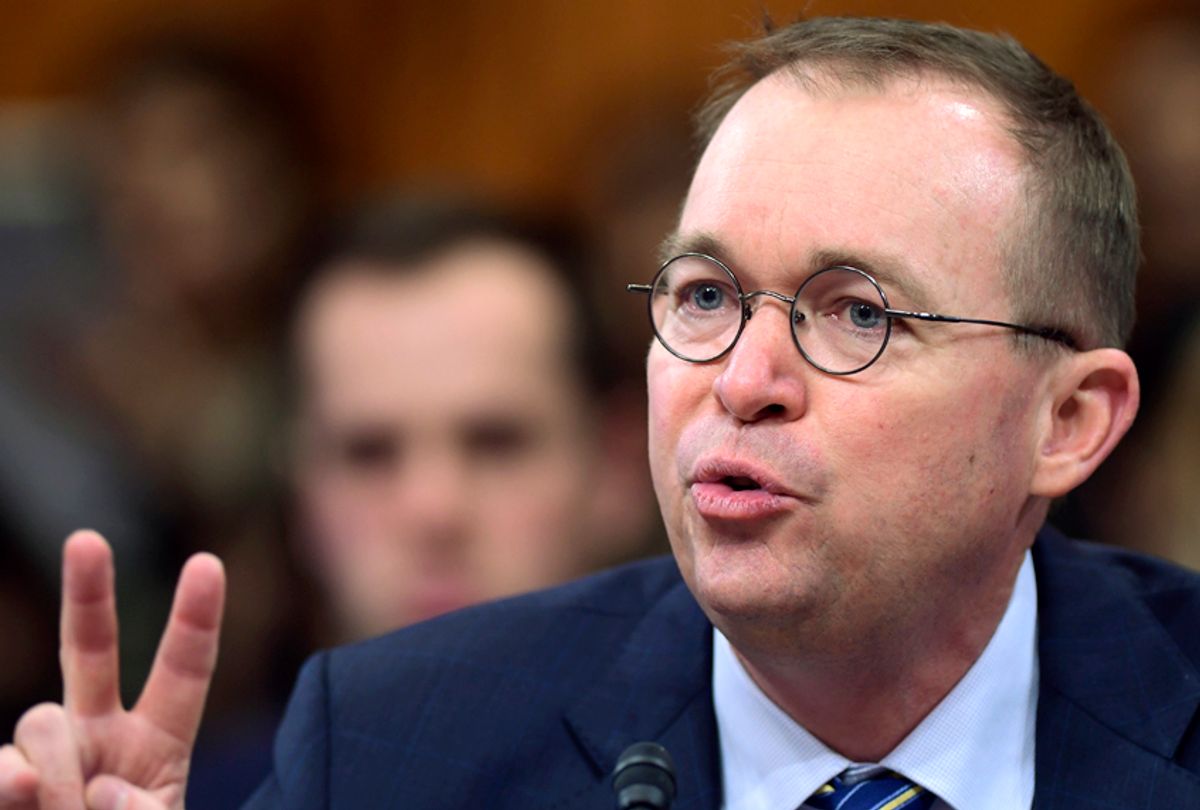 "The inclusion of the '#MAGAnomics' hashtag constitutes prohibited political activity under the Hatch Act, which bars executive branch employees from using their 'official authority or influence for the purpose of interfering with or affecting the result of an election,'" said Karl Frisch, the executive director of consumer watchdog group Allied Progress. "Under this prohibition, an official may not 'us[e] his or her official title while participating in political activity,' which is defined as 'activity directed toward the success or failure of a political party, candidate for partisan political office, or partisan political group.'"

Ana Galindo-Marrone, Chief of the Hatch Act Unit at the U.S. Office of Special Counsel, contacted Frisch to let him know that they were opening a case file to address his concern.

Mulvaney is the second Trump administration official this month to be accused of falling afoul of the Hatch Act. Last week, OSC Special Counsel Henry Kerner said that Counselor to the President Kellyanne Conway violated the Hatch Act during the Alabama special Senate election last year. He cited two television appearances on Fox News and CNN, arguing that Conway "impermissibly mixed official government business with political views about candidates in the Alabama special election." She did this by telling "Fox & Friends" in November that Democratic candidate Doug Jones would "be a vote against tax cuts. He's weak on crime, weak on borders. He's strong on raising your taxes. He's terrible for property owners." Later she appeared on CNN to declare that Jones was "against border security," "against the Second Amendment" and "against life."