"Counterpart": a prime example of prestige TV in any universe 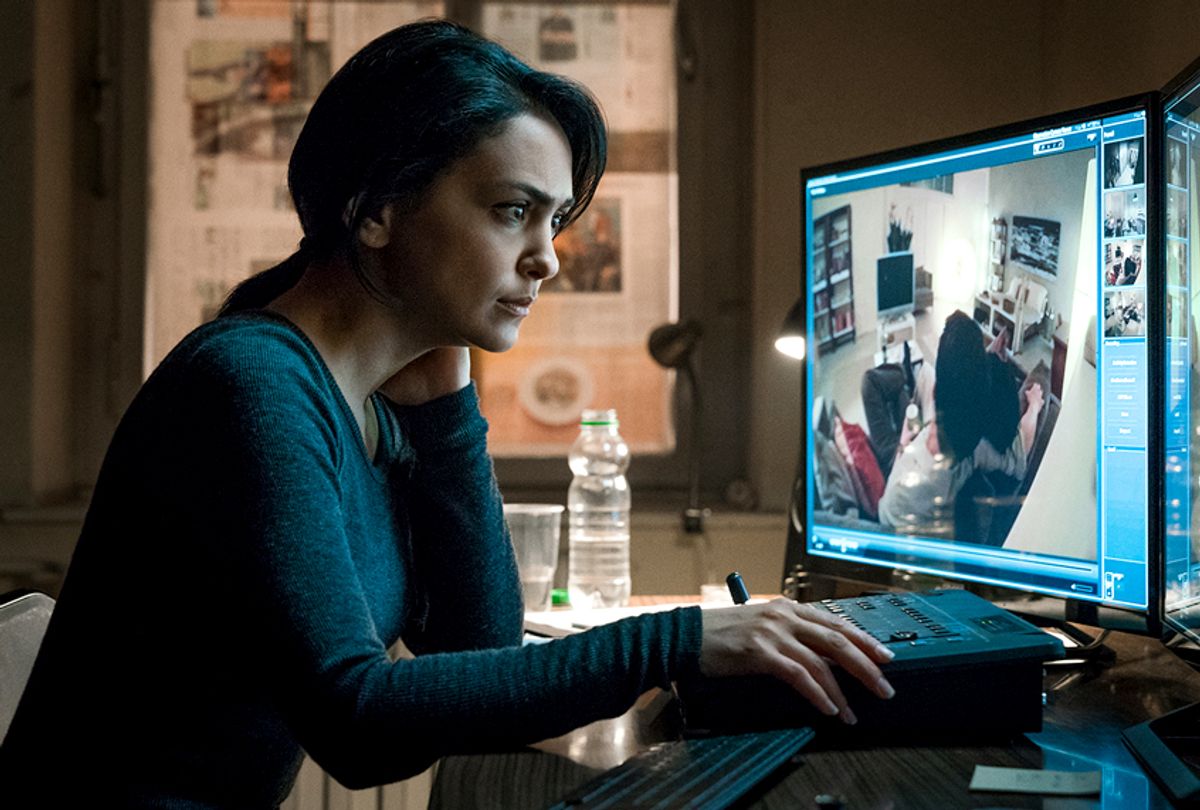 On a college campus somewhere, a psych major with access to premium cable must be having a field day with analyzing “Counterpart.” I know this because I watched it with a psychologist, who pointed out the ways that “Counterpart” is staged around the Freudian concept of the death drive and mentioned Carl Jung’s concepts of shadow versus light. A person might also explore how the show's setting manifests how Jung’s world cracked apart after World War II. There you have it, kids — the seeds of a decent term paper.

No matter how you look at it, the defining characteristic of "Counterpart" is its darkness. This refers to its visual palette: many of the action sequences take place at night, or in dim rooms and shadowed streets. Draw your curtains and adjust the contrast on your TV if you’re watching it in the daytime or else you'll miss some pulse-pounding tangles. Thematically speaking, though, the truth of that opening statement holds. Regardless of where the story takes us, or whether a scene is taking place in the daytime or evening, its Berlin setting never looks bright. Even midday skies are a brighter or dimmer version of gray.

A bifurcated existence probably would look like this — as if, to paraphrase “Fight Club,” seeing life as a xerox copy. In "Counterpart" the question is which world deserves to be viewed as the genuine article. As its story goes, 30 years ago an experiment conducted by East German scientists accidentally duplicated our reality. Since then, existence as we know it has run parallel to one nearly identical to our own. Each side is accessible via a dim, underground passage beneath a UN office in a supposedly unified Berlin, but only a few high-level government employees are aware of this phenomenon and have the clearance to go back and forth.

A person may assume that “Counterpart,” created by Justin Marks (who scripted Disney’s live-action version of “The Jungle Book”), is a science fiction tale. The show's setup reads like one, but its execution reveals it to be as a crisp espionage thriller that brings out the best in its star J.K. Simmons. He plays Howard Silk, a gentle intelligence agency paper-pusher whose loyalty to his employer is only outmatched by his devotion to his comatose wife Emily (Olivia Williams), and his counterpart Howard Silk, a calculating operative who has alienated his family, reserving displays of emotional warmth for his network of allies and contacts.

At the season’s start, Howard has no idea that the second Howard exists, in the way that some 99.9 percent of the world’s population hums along completely unaware that those myths and legends about dopplegängers are truer than they imagined.

No futuristic or alternate technology draws attention from the drama’s core narrative, which invites us to tag along with Howard A and Howard B, as they move between their existences and go undercover in each other's lives to thwart a plot concocted by enemy agents in the second universe.

On that side, a powerful deep-state agency has spent years planning a cataclysmic strike at the Alpha world — you know, that place full of people who aren’t merely just like them, they are them. Everybody started in the same life, but due to circumstances they have no control over they are placed on different paths. And due to subsequent events, one side has better technology than the other. In Universe B humans don’t eat pork anymore; hence, no bacon. No wonder they’re pissed.

So basically, "Counterpart" is a story about two worlds populated by two versions of billions of individuals, whose destiny is being determined by a tiny group of people who, in a very real way, hate themselves. It's a premise that may seem crazy or incomprehensible to anyone who hasn’t been keeping up with the current state of affairs in the real world. Here, arguments about finding common ground with the other side by positing that once we get beyond politics, we’re all more or less the same, don’t seem to be working as well as idealists thought they would. We're only a hop and a skip between viewing someone who is actually just like you, because she is you, as the “other.” There can only be one, right? One victor, one self. Me first and let God sort out the rest.

What we're saying is, the conceit of “Counterpart” isn’t so vastly removed from reality. But it is a series that asks much of its audience. Skipping episodes is not recommended. Hence, if you haven’t seen it yet, maybe you should catch up before dropping in on the first season’s penultimate episode, airing Sunday at 8 p.m.

Catching up with the first season on Starz’ on-demand subscription service is easy enough. Those in a marathon mood need only to wait until Saturday, March 25, when Starz airs its first nine episodes in succession. The season 1 finale airs April 1.

And you really should watch it. Recognize the weight of that statement in this era of too much television. We are about to be slammed with a flood of series aspiring to be perceived as “prestige programming” and aiming to draw Emmy’s attention. But here’s a show that actually deserves award notice that the prestige designation, buoyed by Simmons’ next-level, double-duty performance and solid support from the cast around him. Some of the actors, like Simmons, are rendering two versions of their characters. Others contribute just as much shadow and intrigue in mono. Nazanin Boniadi and Sara Serraiocco are stand-outs doing outstanding work with roles that were written to be so. They and the excellent Williams dig into the complexity of the women they play in ways that allow them to transcend our binary concepts of protagonist and antagonist. Instead, they give us characters sculpted to fulfill a purpose but, in interacting with these two realities, are moved to question the wisdom of their respective missions. Anyway, that’s how it appears.

Appearances can’t be trusted in “Counterpart.”

But it’s not merely that kind of show, either. In a single span of episodes, “Counterpart” leads us to contemplate the nature of conflict within marriages, within family, within the self and within and without governments. The twists are bold and entertaining, but perhaps not as much as the scenes where Howard confronts himself. The action-ready, charismatic version of Howard despises his staid hermit opposite; the kindly Howard cannot fathom why spy Howard treats him with open disdain. When they inevitably trade places, a quiet magic occurs, some of it heartrending, as each walks that road not taken.

The panoramic view of  “Counterpart” is a creative externalizing of our global friction, woven in a wholly original and mesmerizing fashion. Universe B is a paranoid land populated by people hardened by conflict and disaster, whose agents envy the other side's greener grass. But Universe A isn’t paradise. (Neither, for that matter, is Howard A’s insular marriage to his Emily.)

If an odd phenomenon suddenly duplicated the known universe, and all the world’s cities, countries, and its billions of people and their lives with it, it follows that all of our colors would be faded, and the glow of all lights would never quite power up to 100 percent. This is not the case yet. As "Counterpart" nears the end of its freshman season disaster still threatens tear these identical worlds apart, ensuring that these two Berlins will never feel whole again. At times, the challenge posed by this undercover threat looks insurmountable, although looking away is out of the question. This is because Simmons has made fans emotionally invest in the reversibility of Howard Silk, and if nothing else, we want to find out whether he can possibly live with himself.