Why do so many women think hormonal contraception is dangerous? 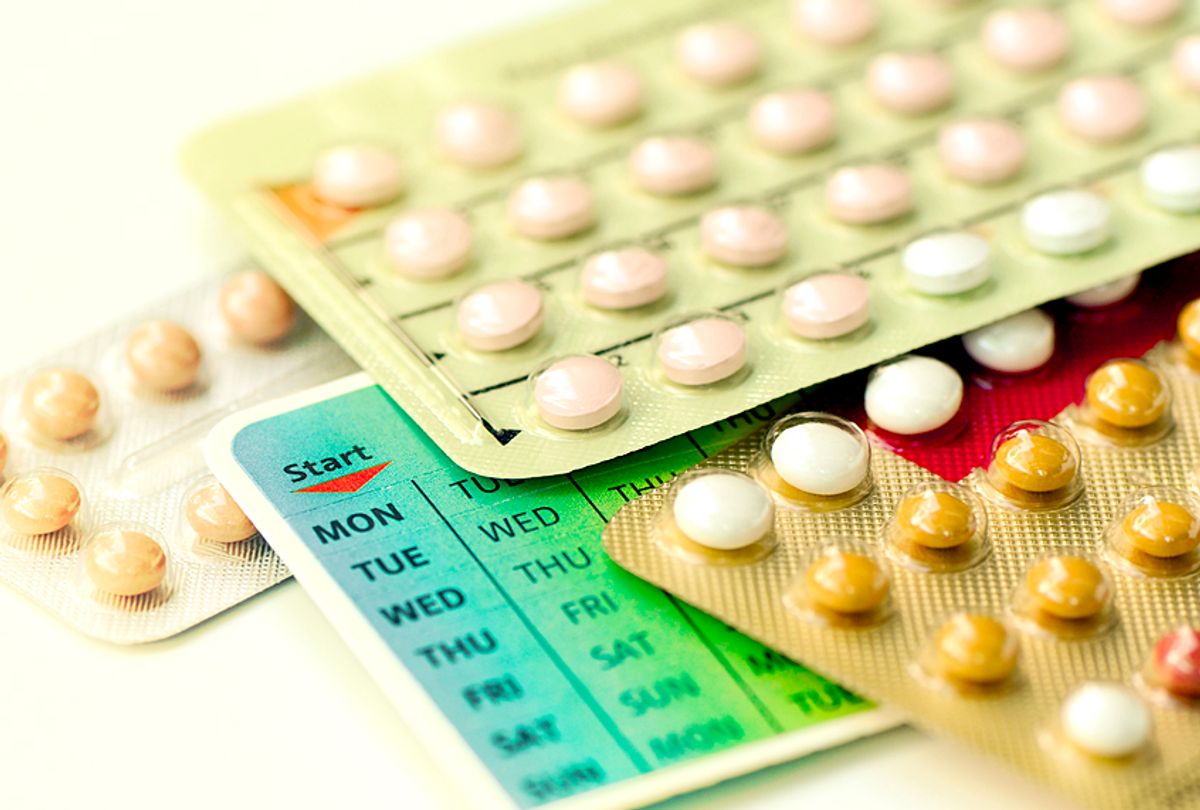 You’ve probably noticed that “natural” is the new ideal. Words like detox, parabens, juicing, and superfood have become commonplace. The message of the self-proclaimed health gurus is clear: “Artificial” additives are no good for your body. You shouldn’t mess with them.

Overnight, green juice has become the hottest fashion accessory and, at the same time, hormonal contraception has gone out of vogue. Young women have become afraid of using contraceptive pills because they’re worried about sinister side effects. More and more, we hear people saying they have hormonal contraception intolerance, as if it was an allergy. Others ask whether it’s healthy to take a hormone break, a detox, to flush the “unnatural substances” out of their body.

At a time when there’s a growing focus on the pure and the natural, lots of people feel doctors aren’t taking their concerns about side effects seriously — the medical profession trivializes their problems or tries to sweep them under the rug. The result is that many women have a nagging uncertainty about how safe their method of contraception actually is, and end up seeking out information from unreliable sources.

Around one third of all women stop taking the Pill in the first six months after they started. Of these, around half do so as a result of what they experience as side effects. It can be frightening to feel that your body is changing if you don’t understand why it’s happening or what it means. Since knowledge breeds confidence, we think you should have sufficient information about both the positive and negative sides of hormonal contraception in order to make good choices for your body.

At the same time, it’s important for us to add some nuance to the scary images that have emerged recently. Sometimes the media gives the impression that we don’t know about the side effects linked to hormonal contraception, as if we were playing Russian roulette with the health of young women. Fortunately, this is incorrect and sensational. You can be confident that the pack of pills you pick up at the pharmacy contains one of the most carefully studied medications in the world. Researchers have huge amounts of statistical material to examine since many millions of women have taken birth control pills over vast swathes of the planet since the 1960s. Unknown, serious long-term effects from hormonal contraception would have been discovered long ago if they existed, particularly when you consider that the first pills that came on the market contained up to five times as much hormone as the ones we have today.

What Is a Side Effect?

Before we start to talk about individual side effects, you need to understand what a side effect is. A medication is designed to have a particular effect on the body and that’s why we take it. In the case of hormonal contraception, the reason we take it is that we wish to prevent pregnancy. Side effects are all the other effects the medication has on the body, which can be both positive and negative. For example, many women find that they have a lot fewer pimples when they use hormonal contraception, which is a side effect that is perceived as positive. Blood clots, on the other hand, are a side effect nobody wants to have.

In the film "Sliding Doors" (1998) we follow Gwyneth Paltrow’s two parallel destinies: in one scenario she catches her train to work one morning, and in the other she misses it. This little detail has major consequences for the way her life turns out. Our body works the same way. It’s so complicated and complex that it’s impossible to affect a single function without creating ripple effects in other parts of the body at the same time. The mere presence of side effects doesn’t mean that a medication is harmful. It means that it’s working. If anybody ever claims that a medicine or treatment has no side effects, they’re either lying or the substance has no effect whatsoever.

Doctors and health authorities are very concerned about side effects. We know they are a necessary evil, but the aim is to keep them at as low a level as possible. This is why it’s extremely difficult to get medications approved for use. The drug manufacturer must first prove that the positive effects of the medicine will have the greatest possible likelihood of outweighing the negative effects. Years of studies and controlled experiments lie behind any new medication, precisely because we must know for sure what side effects you can expect when you take it.

In Norway, after a medication becomes available for use, it’s carefully monitored by the Norwegian Medicines Agency, which is independent of the pharmaceutical industry, so that any unknown side effects can be detected early on. If patients experience a side effect, they and their doctor can report it to the agency. If there’s any suspicion of a serious side effect having been overlooked—for example that use of the pill over many years causes cancer—new studies are launched. The same thing happens in the United States. The U.S. Food and Drug Administration approves and carefully monitors all prescription medications in America. All serious side effects should be reported to your physician or ER. If appropriate, the medical professional will file a report with the FDA.

Why don’t people automatically believe it when a lot of women report the same side effect from a medication? Why wouldn’t the health care establishment trust women when they say they’ve experienced a side effect? One of the reasons health professionals insist on further investigation is something called a nocebo effect.

Most people have heard of placebos—i.e., situations in which people experience real, positive effects from something that doesn’t actually work just because they expect that it will. For example, there’s a reason why many medicines come in brightly colored capsules: It has been found people experience greater effects if the pills they take look sophisticated! This is also one of the reasons why doctors wear white coats and generally keep their stethoscope in sight around their neck. The coat and the stethoscope create associations of healing and professional competence in the patient. This alone can contribute to improving patients’ health.

The nocebo effect, from the Latin for “I will harm,” works the opposite way. Here a sugar pill causes physical problems because you believe it contains active substances. In fact, around a quarter of all patients experience negative side effects when they receive placebo treatment, in other words no treatment at all. The same thing happens if a doctor tells a patient that a medication may have a particular negative effect. More people report this effect than usual without it actually being caused by the medicine. It can often be as simple as people attributing normal symptoms to the medicine. One study by Reidenberg and Lowenthal found that only 19 percent of healthy people who weren’t taking any medicines had been entirely problem free for the previous three days. Thirty-nine percent, however, had experienced fatigue, 14 percent had had a headache, and 5 percent had felt dizzy.

A study from Yale University found that highly educated women overestimated the dangers of hormonal contraception. At the same time they were unaware of all the positive health benefits it offers — for example, reduced risk of ovarian and endometrial cancer. These negative expectations can become a self-fulfilling prophecy.

With this in mind it may be easier to understand why doctors are skeptical when a lot of women suddenly report a new side effect from an established medication such as the Pill. They know that it may simply be the result of too much negative publicity. More research is the only way to find out whether what’s being reported is a real side effect that has not been discovered before or just a nocebo effect.

Everything Has a Risk

Begin by taking out the patient information leaflet for your hormonal contraception. There you’ll find a long list of side effects, arranged according to how common they are. The most common apparently affect between one in ten and one in a hundred users. These include things like headaches, mood swings, and breast tenderness. The side effects that affect between one in a hundred and one in a thousand are listed next. The farther down the list you get, the more disturbing the reading.

The first thing to be aware of when you read this list is who wrote the patient information leaflet: the manufacturer of the medication. You might think that perhaps they’re trying to hide side effects from you, but the opposite is true. Drug manufacturers lay it on thick when it comes to possible side effects so that they can’t be taken to court by dissatisfied customers. Some of the effects included in the patient information leaflet are things that have been reported by women using the medication but haven’t necessarily been proven to have been caused by the drug. We’ll come back to this later. Others are side effects that we know are caused by hormonal contraception.

The other thing you must be clear about is an understanding of the word risk. When we hear the word risk, it’s easy to think that something dangerous will happen, but it’s actually just a warning of the chance of something happening.

To grasp the concept of risk, a short course in statistics is warranted. When we talk about side effects, what is known as the relative risk often hogs all the attention. Relative risk is how much the chance of having a side effect increases when you take a medication compared with when you don’t take it. For example, you may read about the danger of blood clots being between two and four times higher for contraceptive pill users than for those who don’t use them. This sounds dramatic. Just imagine the tabloid headline: “Life-Threatening Pill! Four Times the Likelihood of Blood Clots!” But it’s actually not dramatic at all.

The fact that’s most interesting for us as individuals is something called the “absolute risk.” But the tabloids aren’t as interested in this figure, because it would often result in boring headlines: “Minimal Chance of Blood Clots from the Pill! Meet the Girl Who Was Incredibly Unlucky and Got One Anyway.” Absolute risk is the actual likelihood that there will be a side effect when you use, say, the contraceptive pill, without any comparison with people who aren’t taking it. This presents a much more understandable and realistic picture of the danger you’re exposed to.

Excerpted from "The Wonder Down Under" by Dr. Nina Brochmann, M.D, and Ellen Støkken Dahl (Quercus Books, 2018). Reprinted by permission of Quercus.