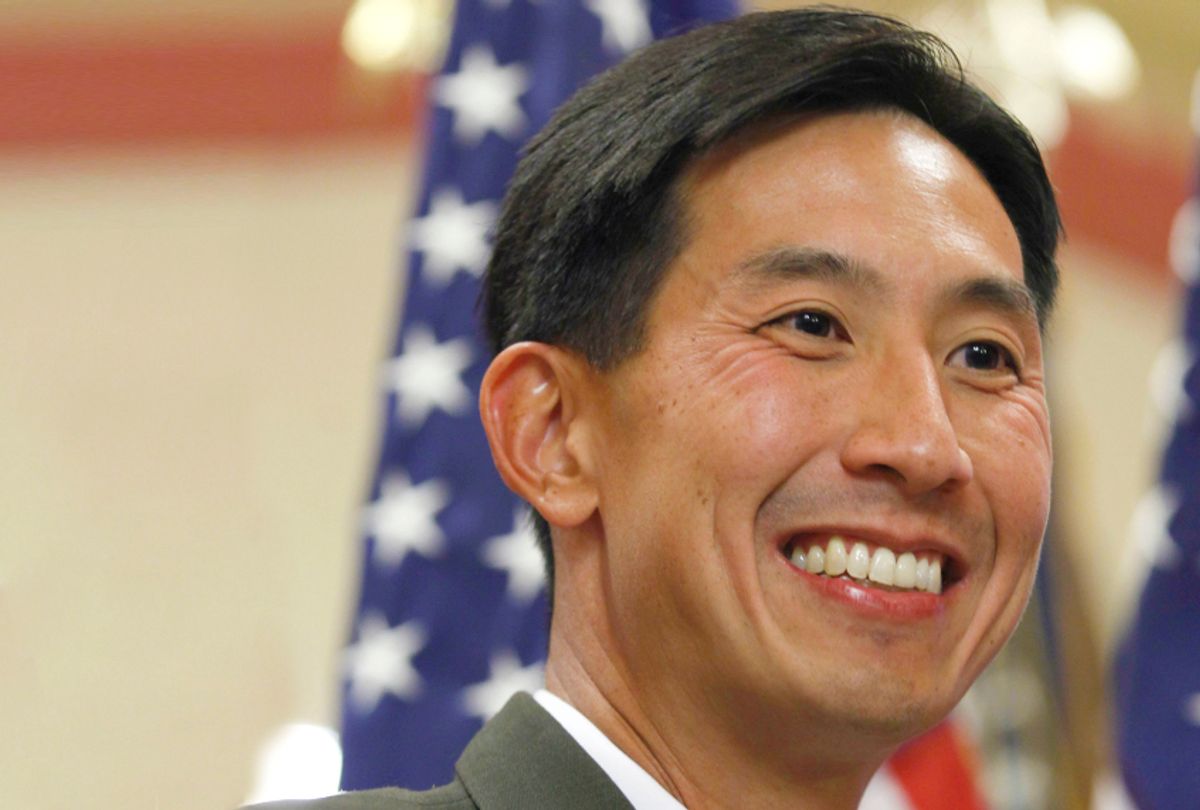 Charles Djou, a Hawaii Republican who briefly served as a congressman from that state's 1st congressional district, has announced that he is leaving the Republican Party because President Donald Trump has caused it to abandon him.

In an editorial for the Honolulu Civil Beat, Djou — the first Thai American elected to Congress, as well as the first Chinese-American from the Republican Party — explained that he was appalled by the hostility toward immigrants and inclusiveness that has emerged in the Trump-era GOP.

"I have long believed that America’s strength lies in our nation’s diversity — not its exclusion or isolation," Djou wrote. "We are a nation of immigrants and benefit from a national fabric woven with the threads of many people, of many backgrounds and cultures, all united in the common belief and love of American liberty. That’s why I championed immigration reform as a congressman."

Djou singled out Trump's opposition to free trade treaties like the Trans-Pacific Partnership (TPP) and NAFTA, as well as his desire to launch a so-called "good trade war," as major reasons for his dissatisfaction.

He also mentioned his own background as a veteran, to condemn Trump's lack of honor when talking to other veterans.

"I believe in peace through strength," Djou wrote. "That is why in the days after Sept. 11, 2001, I joined the Army Reserve and subsequently deployed with an infantry combat brigade in Afghanistan. That is why I am so disturbed by Trump’s repeated callousness toward the select few of our citizens who volunteered to defend our nation with their lives. From ridiculing John McCain’s service as a POW in Vietnam, to trivializing the grief of gold star mothers who lost their children in service of our country, Trump’s actions are indicative of a man ignorant of honor and true sacrifice."

Perhaps most notably, Djou singled out Trump's character flaws as indicative of why he cannot stay in a Republican Party led by the current president. He cited examples including "favoring corporations based on their political relationship to the president," Trump's alleged misconduct toward women (Djou also cited allegations against Al Franken, Bill Clinton and Roy Moore), his tweeting, his "penchant for conspiracy theories" and his public belittling of critics within his own party like Sen. Jeff Flake of Arizona or Sen. Ted Cruz of Texas.

Djou reserved his harshest words for the Republicans who have gone along with Trump's behavior.

"But I am most disappointed by the failure of the GOP to clearly and consistently condemn Trump’s childish behavior," Djou wrote. "Sadly today, too many Republicans either applaud Trump’s tirades or greet them with silent acceptance. This leads to an implicit ratification by the GOP of Trump’s undisciplined, uninformed, and unfocused leadership as a core part of the Republican Party. This is something I cannot accept and will not be a part of."