Trump believes he can make an Israeli-Palestinian deal. Don’t hold your breath 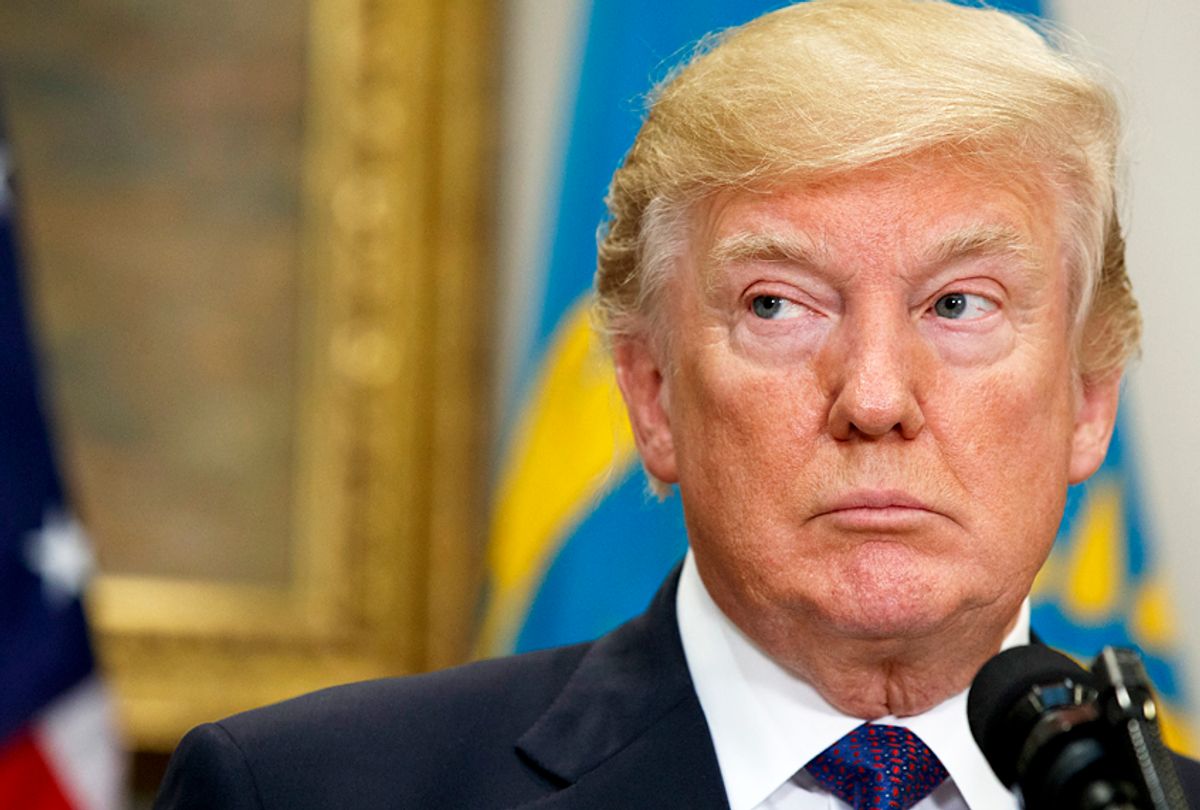 For decades, U.S. presidents have been unable to broker a long-term settlement between Israel and Palestine. Deal-maker Donald Trump would like to accomplish what his predecessors could not in this area, and administration officials say the plan will be unveiled soon.

I’m a scholar who teaches about the high stakes of Middle East conflict. I think we should look beyond obvious obstacles to consider why Trump may believe he can achieve a deal. However, past failures and present Palestinian-Israeli hostility suggest that skepticism about an agreement remains warranted.

The basic obstacles to peace

The barriers to an Israeli-Palestinian agreement are numerous.

On the Israeli side, a deal would be unpopular among Israelis on the political right and require tremendous change. For example, Israel’s military and security position would be entirely different if it disengaged from much of the West Bank. And Israeli governments have faced relatively low political costs to leaving the conflict unresolved.

Israeli leaders have established massive security measures in the West Bank, restricted contact between Israelis and Palestinians through the border wall and allowed politically influential Israeli settlers to expand settlements. All of this cements Israeli de facto control over internationally recognized Palestinian land.

In addition, its economic and military strength and regional strategic importance to the West put Israel under little pressure to address the conflict.

Meanwhile, Palestinian leadership is aging, fragmented between Gaza and the West Bank and losing credibility among its people. Few Palestinians believe that the U.S.-led negotiating process can deliver a fair agreement. Palestinian leaders may consider negotiations less useful than building broader international pressure to raise the cost to Israel of maintaining the status quo.

Even before Trump, the U.S. was viewed by many Palestinians as a dishonest broker. Thus, Palestinian leaders have little reason to prioritize negotiations that seem stacked against them, over a longer diplomatic game in which American power may become weaker. This is especially so, given that Palestinians may think that their growing population will supplant Israeli Jews over time and, in turn, increase their international bargaining power.

These are among the obstacles that diplomats faced in recent years when trying to make progress toward a solution.

The result is an enduring impasse that may endanger the democratic nature of Israel and the basic rights of Palestinians. Long-term subjugation of an occupied population threatens Israeli democracy by encouraging further militarization and discrimination in the West Bank. Meanwhile, Palestinians live with a lack of economic opportunities and basic freedom of movement.

Given these dynamics, some knowledgeable experts argue that a two-state solution is dead.

Why then would the Trump administration raise hopes that its inexperienced foreign policy team can succeed where others have failed?

Trump may well believe that present conditions and his willpower can move the Palestinian-Israeli conflict toward resolution.

His likely rationale is that his good relationship with Israel’s government might align with the strategic interest of key Arab states to push Palestinians into a credible, if unfavorable, deal.

Trump appears to have strong rapport with Israeli Prime Minister Benjamin Netanyahu. Even if Netanyahu’s legal problems neutralize his power, Israel’s more rightward-looking political forces are pleased both with the Trump administration’s recent plan to move the U.S. embassy to Jerusalem and their close ties with some in his administration. They may therefore be willing to consider a peace plan proposed by this White House.

Moreover, Trump and son-in-law Jared Kushner both enjoy a warm relationship with Saudi Arabia. Saudi Arabia, in turn, has been working closely with Egypt in regional politics. Thus, the two most populous and influential Arab states are cooperating closely with the U.S.

Trump insiders can point to several developments that present an unusual opportunity for a settlement.

First is the respect hawkish Israelis hold for the Trump administration. Second is the strong U.S. coordination with Egypt and Saudi Arabia, who might themselves wish to step up ties to Israel in a broader effort to combat Iran. Third is the possible economic benefit to both Israel and Palestine of increased regional cooperation. That would happen if the barrier that the Palestinian problem represents to clearer Arab-Israeli ties were removed. Indeed, the White House has suggested that Palestinians are unlikely to get foreign aid if they don’t join new peace talks.

Trump may anticipate a deal that would allow Israel to keep many key settlements in the West Bank and establish embassies with key Arab states, in exchange for some version of an independent Palestinian state. The latter would likely be a patchwork of Palestinian lands to allow Jewish settlements to be integrated into Israel.

The White House may contend that a deal is possible based on its proposed detailed approaches to key issues in the conflict, including humanitarian aid for Gaza and national status for Palestinians, backed by generous financial commitments by the Saudis and other Gulf and Western states to the new state.

So why won’t it work?

In the end, though, a Palestinian-Israeli deal is unlikely for two key reasons.

First is the Trump administration’s deficits in diplomacy. This presidency’s disregard for foreign policy expertise is illustrated by Trump’s use of inexperienced aides like Kushner and by his cuts to State Department funding. Add to that State Department instability caused by the replacement of Secretary Rex Tillerson with Mike Pompeo, a military and CIA man with limited experience in diplomacy and likely mistrust of political Islamists, such as the Hamas group that rules in Gaza.

The U.S.’ current disadvantage in global diplomacy may matter little on the Israeli side. But it is likely to make work harder with Palestinians and other Arabs who remain concerned about Palestinian rights. This was illustrated recently in the strong negative reactions to Trump’s Jerusalem embassy move, which is widely regarded outside of Israel as a major blunder that has angered Arabs.

There is a second key reason to be skeptical of a possible Palestine-Israel pact any time soon. A two-state deal remains the popular, and only clear, arrangement that could give both sides security and self-determination. Both sides must agree on such a deal and sell it to their people for it to stick. But decades of Israeli security control over the West Bank and decreasing Israeli-Palestinian contact make this unlikely.

Palestinians see Israelis mainly as coercive overlords who control central aspects of their lives in humiliating ways. Israelis have little direct contact with Palestinians, other than during their mandatory military service. This facilitates images of Palestinians as mainly violent agitators. The growing integration of West Bank settlements into Israeli society makes it much harder for them be to dismantled in a peace deal.

Trump and his allies in Cairo and Riyadh may think they can make an offer that Israelis and Palestinians can’t refuse. Yet leaders on each side remain accountable to diverse — and divided — voters.

The parties on the ground have had reasons to refuse U.S.-brokered deals in the past. Though people who care about peace and justice in the Middle East may wish otherwise, I doubt that Trump has found a new way to change this entrenched dynamic.