Lawmakers are hoping to unveil their massive spending bill on Tuesday, but it's crunch time, and a shutdown looms 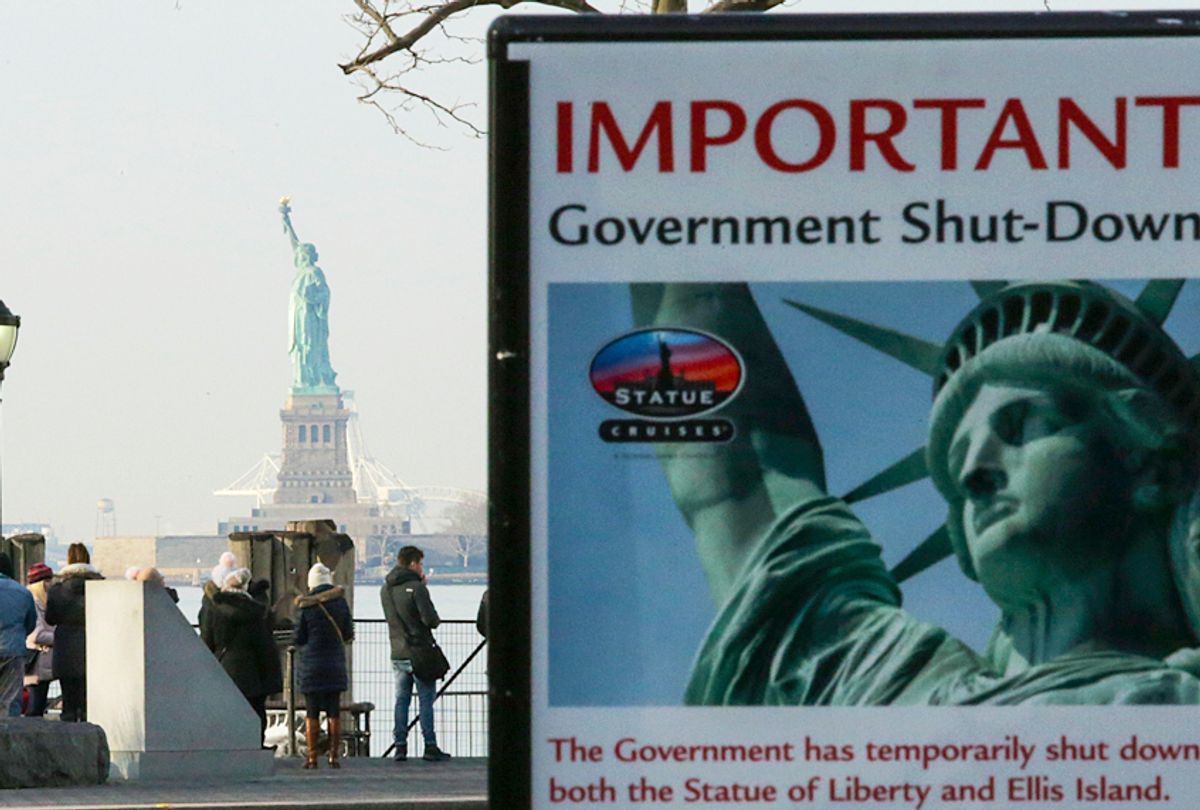 The Republicans have controlled all levels of the government since last January, but on numerous occasions since then, the party has barely been able to keep it running.

Before midnight rolls around on Friday, Congress once again must hurry to publicly reveal its massive $1.3 trillion spending bill and get it passed. The silver lining, however, is that this time around it's more a matter of when the bill will get passed, rather than if it will pass at all. But partisan fights have slowed things down. The staunchest conservatives  of the GOP still believe the current bill will spend too much.

"Leaders in both chambers, from both parties, are confident the votes are there to pass the massive spending package in both chambers. It's just a matter of when," CNN noted.

The major spending bill has not yet been revealed, as both parties hoped to have it filed by Monday night but remained "divided on key issues" headed into Tuesday morning, according to The Washington Post. The bill would keep the government funded through September, but time is of the essence for lawmakers at the moment.

Numerous House Republicans left a Tuesday morning meeting expecting to vote no earlier than Thursday on the bill, leaving the Senate less than 48 hours to pass it before a government shutdown deadline hits at midnight Friday.

The Senate would have to gain the unanimous consent of its members to accelerate consideration of the bill, meaning that any one senator could delay proceedings and force a shutdown. That is what happened in early February, when Sen. Rand Paul (R-Ky.) held up consideration of a budget bill, forcing a funding lapse of several hours on a Friday morning.

Overall, the legislation would bestow generous increases on domestic agencies and the military, following passage of a deal last month that set up top-line government-wide budget numbers for this year and next.

Lawmakers have disagreed on several important issues, but House Speaker Paul Ryan, R-Wis., said Tuesday morning that he hoped those disputes would be resolved quickly. That would allow the bill to be introduced at some point on Tuesday and "would provide robust increases for defense and domestic programs for the rest of the federal fiscal year," the Post reported.

If passed, the legislation "could be the broadest, most far-ranging bill Congress passes in 2018," according to PBS, as the focus for the upcoming summer will slow legislative efforts and shift towards the 2018 midterms. There have so far been discrepancies over "Obamacare subsidies, abortion policy, and funding for a border wall with Mexico and a tunnel project between New Jersey and New York City." Despite months of back and forth fighting on the Deferred Action for Childhood Arrivals program (DACA), it's unlikely to be addressed in the bill.

The proposed tunnel — known as the Gateway project — has been supported by Senate Minority Leader Chuck Schumer, D-N.Y., but staunchly opposed by President Donald Trump, who has "been urging" GOP lawmakers to do the same, the Post noted. He has warned he would veto a bill that included funding for the project, according to Politico. Trump's reasoning, according to most analysts, is that he's had a personal vendetta against the New York Democrat.

Democrats have also attempted to add a provision that would protect Special Counsel Robert Mueller, but GOP lawmakers rejected that effort.

The bill is likely to be supported by both Republicans and Democrats, but the mad scramble exemplifies the Republican inability to govern without a sense of urgency. In a time of terrible congressional gridlock, the budget is yet another massive piece of legislation that should have been passed months ago, but instead is just being kicked down the road.

Since early 2017, the government has shut down twice — and came close to it multiple other times, even though Republicans controlled both chambers and the White House.