DeVos and the limits of the education reform movement

DeVos may be a uniquely polarizing figure, but she is hardly the first federal leader to champion school reform 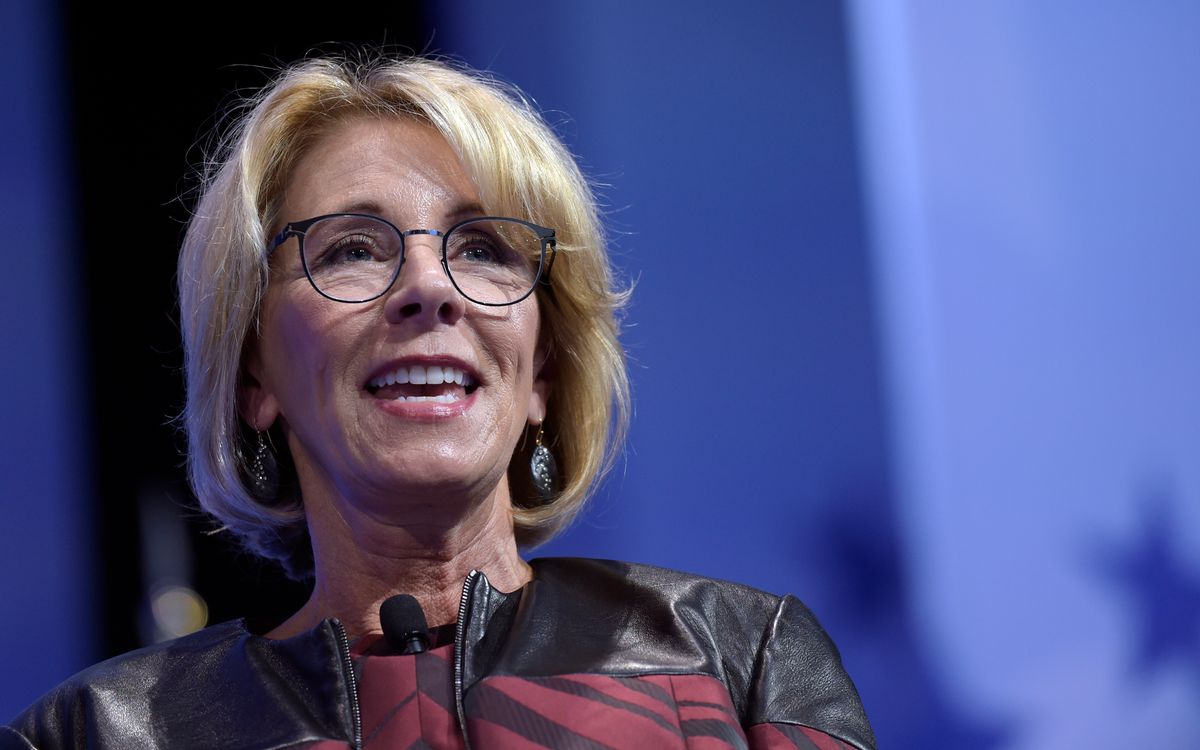 President Donald Trump’s education secretary got the job based on her years of advocacy for expanding “school choice,” especially in Michigan, her home state. Yet she stumbled when Lesley Stahl asked her in a widely watched CBS “60 Minutes” interview to assess the track record for those efforts.

“I don’t know. Overall, I — I can’t say overall that they have all gotten better,” DeVos stammered.

It’s not just Michigan or Midwestern conservatives. Policymakers and philanthropists across the ideological spectrum and the nation have teamed up to reform public education for decades, only to find that their bold projects have fallen short. Regardless of the evidence, however, top-down reform remains the standard among politicians and big donors.

As an educational policy scholar, I have identified a few reasons why school reform efforts so persistently get lackluster results, as well as why enthusiasm for reform hasn’t waned. Despite its long-term failure, large-scale education reform maintains consistent bipartisan support and is backed by roughly US$4 billion a year in philanthropic funding derived from some of the nation’s biggest fortunes.

DeVos may be a uniquely polarizing figure, but she is hardly the first federal leader to champion school reform.

Ever since 1983, when the Reagan administration published its “A Nation at Risk” report bemoaning the quality of American public education, politicians have rallied public support for plans to overhaul the nation’s education system. Over the past quarter century, leaders from both parties have backed the creation of curricular standards and high-stakes standardized tests. And they have pushed privately operated charter schools as a replacement for traditional public schools, along with vouchers and other subsidies to defray the cost of private school tuition.

All of these large-scale school reform efforts, whether pushed by the federal government or backed by billionaire philanthropists including the families of Facebook co-founder Mark Zuckerberg, Microsoft co-founder Bill Gates, homebuilder and insurance mogul Eli Broad, late Walmart founder Sam Walton and DeVos herself have encountered setbacks.

Still, the larger ethos of reform hasn’t changed. And none of the leaders of this effort, including DeVos, appear to be wavering in their efforts, even when challenged with evidence, as happened during her cringe-inducing “60 Minutes” interview.

A cycle of failure

From George W. Bush’s No Child Left Behind to Barack Obama’s Race to the Top and the Every Student Succeeds Act that was signed into law in 2015, the federal government has taken a highly interventionist approach to education policy.

But it has routinely failed to produce promised results. Today, educators, scholars and policymakers now almost universally regard No Child Left Behind as a washout. And many critiques of Obama-era reform efforts have been equally blistering.

Nevertheless, the core approach to federal education policy has not markedly changed.

The chief reason that all this activity has produced so little change, in my view, is that the movement’s populist politics encourage reformers to make promises beyond what they can reasonably expect to deliver. The result, then, is a cycle of searing critique, sweeping proposal, disappointment and new proposal. The particulars of each recipe may differ, but the overall approach is always the same.

Beyond this dysfunctional cycle, the other big reason the school reform movement has consistently come up short has to do with an approach that is both too narrow and too generic.

Ever since 1966, when Johns Hopkins University sociologist James S. Coleman determined in his government-commissioned report that low-income children of color benefit from learning in integrated settings, most education researchers have agreed that economic inequality and social injustice are among the most powerful drivers of educational achievement gaps. What students achieve in a school, in other words, reflects their living conditions outside its walls.

Yet rather than addressing the daunting issues like persistent poverty that shape children’s lives and interfere with their learning, education reformers have largely embraced a management consultant approach. That is, they seek systems-oriented solutions that can be assessed through bottom-line indicators. This has been particularly true in the case of conservatives like DeVos, who even in her stand against the public education “system,” has proposed a new kind of system — school choice — as a solution.

This approach fails to address the core problems shaping student achievement at a time when researchers like Sean Reardon at Stanford University find that income levels are more correlated with academic achievement than ever and the gap between rich students and less affluent kids is growing.

At the same time, reformers of all stripes have tried to enact change at the largest possible scale. To work everywhere, however, education reforms must be suitable for all schools, regardless of their particular circumstances.

This cookie-cutter approach ignores educational research. Scholars consistently find that schools don’t work that way. I believe, as others do, that successful schools are thriving ecosystems adapted to local circumstances. One-size-fits-all reform programs simply can’t have a deep impact in all schools and in every community.

Perhaps this flawed approach to education reform has survived year after year of disappointing results because policy leaders, donors and politicians tend not to challenge each other on the premise that the ideal of school reform requires a sweeping overhaul — even though they may disagree about the best route. DeVos may be criticized for her dogmatic demeanor, but her approach is fairly mainstream in most regards.

Additionally, many leading reformers generally subscribe to the ethos of educational entrepreneurism. They consider visionary leadership as essential, even when leaders have scant relevant professional experience. That was the case with DeVos before she became education secretary. As outsiders operating within a complex system, however, reformers often fail take the messy real-world experiences of U.S. schools into account.

Finally, the reformers see failure as an acceptable part of the entrepreneurial process. Rather than second-guess their approach when their plans come up short, they may just believe that they placed the wrong bet. As a result, the constant blare of pitches and promises continues. And it’s possible that none of them will ever measure up, no matter the evidence.

Editor’s note: This article incorporates elements of a story published on March 8, 2018, and the Bill and Melinda Gates Foundation is a strategic partner of The Conversation US and provides funding for The Conversation internationally.