Trump's new lawyer has gone on TV to defend the current president, but wanted Bill Clinton indicted in the 1990s 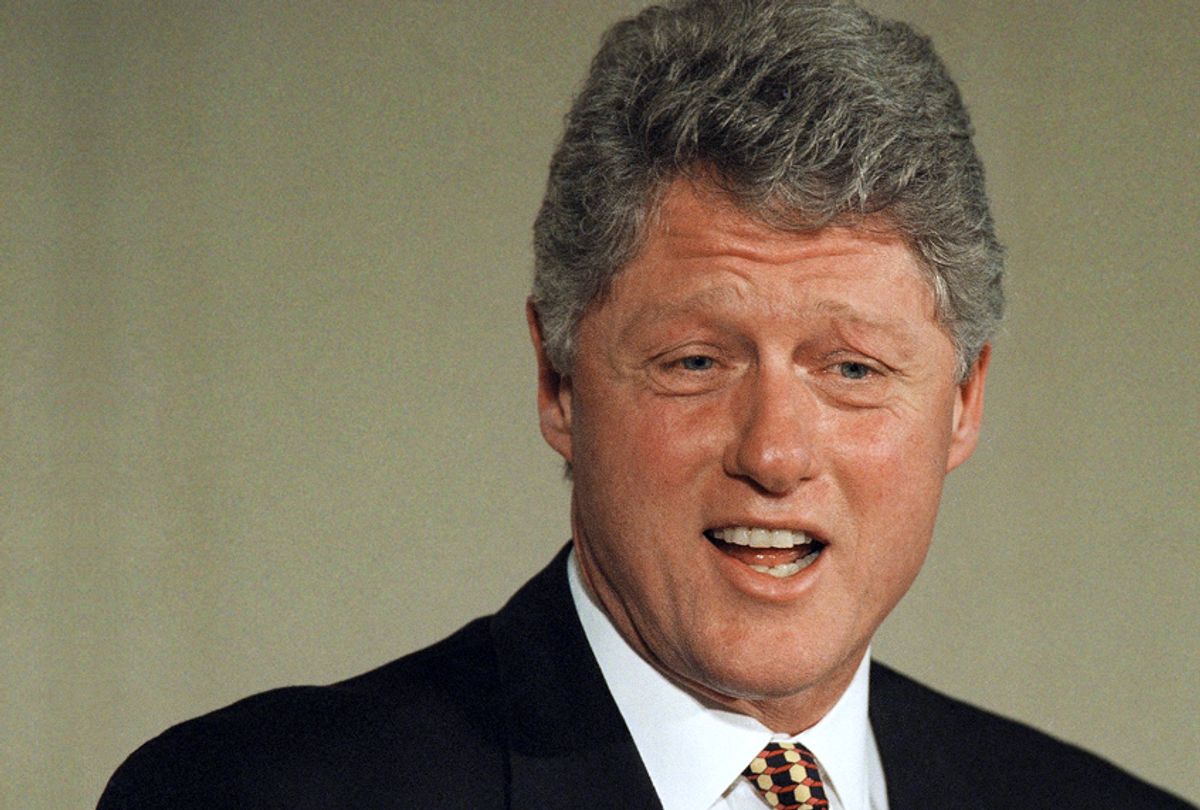 President Donald Trump's new lawyer, Joseph diGenova, has an opinion on whether presidents can be indicted that the White House would not want out these days.

"The nation, in fact, could conceivably benefit from the indictment of a president. It would teach the valuable civics lesson that no one is above the law," diGenova wrote in an editorial for The Wall Street Journal in 1997, adding, "the Founders created a presidency, not a monarchy."

That certainly would not fit into Trump's current frame of mind. The president has dismissed investigations into him as a "witch hunt" on multiple occasions, most recently with a tweet on Monday that claimed there were "massive conflicts of interest" in the investigation.

Trump has repeatedly used the term "witch hunt" to describe the investigation into him. In January he tweeted that "the single greatest Witch Hunt in American history continues." In June he wrote, "I am being investigated for firing the FBI Director by the man who told me to fire the FBI Director! Witch Hunt." And last March he wrote that his former National Security Adviser Michael Flynn "should ask for immunity in that this is a witch hunt (excuse for big election loss), by media & Dems, of historic proportion!" He even referred to the investigation as "fake news" and "a total political witch hunt" less than two weeks before taking office as president.

Trump's lawyers have also been repeatedly denouncing the idea that the president should even potentially face legal consequences. As John Dowd said to Axios in December, "The president cannot obstruct justice because he is the chief law enforcement officer under [the Constitution's Article II] and has every right to express his view of any case." Meanwhile, Jay Sekulow argued to The New Yorker in late 2017: "For something to be a crime, there has to be a statute that you claim is being violated. There is not a statute that refers to criminal collusion. There is no crime of collusion."

DiGenova himself was conspicuous for his attacks on President Bill Clinton throughout the 1990s, often using language that argued for presidential accountability. diGenova's thirst for justice seemed to dissipate, however, whenever it was a Republican official being accused of crimes. In addition to defending Scooter Libby, a former official under President George W. Bush, diGenova has also repeatedly accused the FBI of having an anti-Trump agenda and of being motivated to pursue the Trump-Russia scandal for that reason.

Trump has hired diGenova at a time when he seems to be shaking up his legal team. The president has openly considered firing Ty Cobb, a lawyer who has urged the administration to cooperate with the special counsel investigation, according to The New York Times. Meanwhile, Trump's leading lawyer John Dowd has thought about leaving his job because he feels frustrated over his inability to control the president's behavior.

Trump has also struggled when it comes to making sound decisions about how to react to the probe into the Trump-Russia scandal. He has relied heavily on television programs and his friends for advice on the matter, instead of leaning on Chief of Staff John F. Kelly and chief White House lawyer Donald McGahn, according to The Washington Post.