Rebels of "Krypton": A Superman prequel for the Resistance 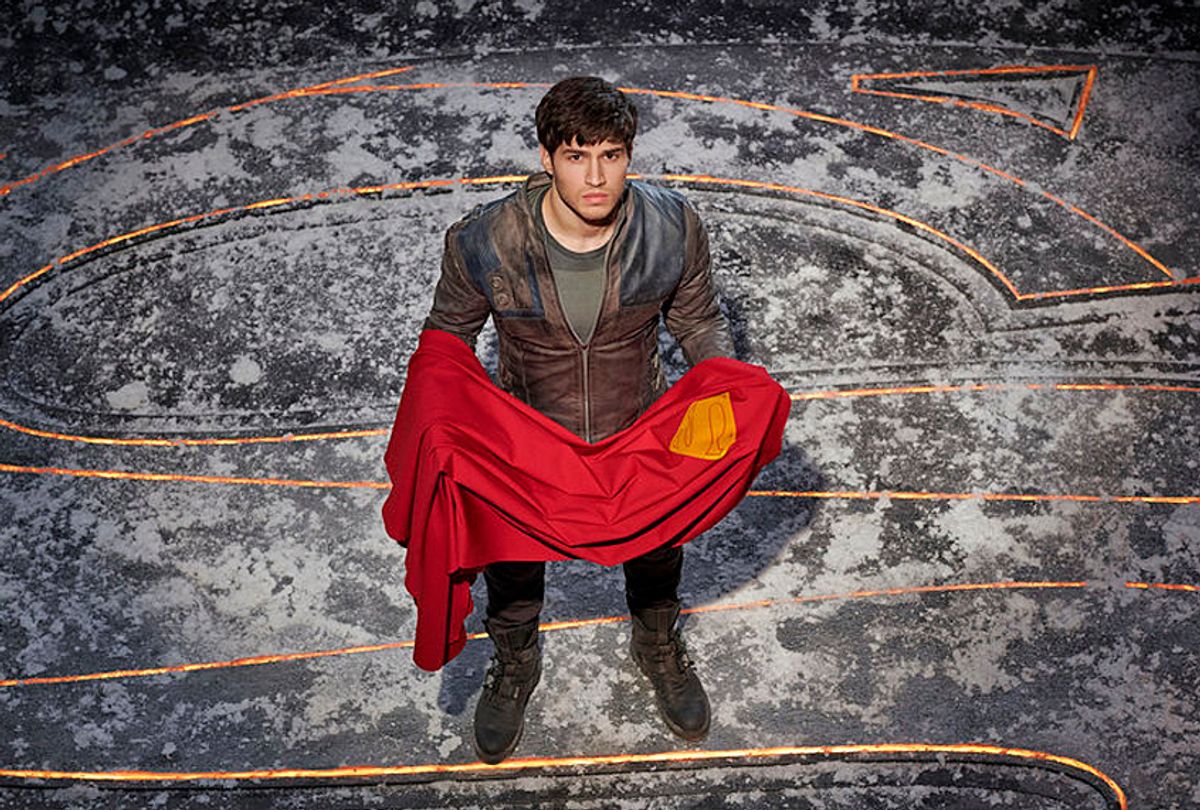 There’s a reason that genre entertainment is a popular means of universalizing society’s flaws. We like to think that our conflicts and struggles serve a higher purpose. Witnessing fictional versions of them as fantasy or sci-fi epics, then, can be empowering and validating. This explains why, not long after the 2016 presidential election, the symbol of the Rebellion from “Star Wars” began popping up on protest signs, window decals and bumper stickers.

What was not seen as frequently was Superman’s sigil, and for good reason. Superman is a clean-shaven servant of the establishment. A boy scout. He’s as anti-Resistance as they come. I never embraced Superman for that very reason: he applied Smallville “law and order” values to a world in which justice cloak itself in shades of grey. When Frank Miller drew the character as a government toady in his 1986 comic book series “The Dark Knight Returns,” that made perfect sense to me. There are Batman and Superman households, and ours is loyal to the Bat.

Understand, then, my predisposition to dismiss Syfy’s new series “Krypton,” making its debut Wednesday at 10 p.m. If the Kal-El is a boring goodie two-boots, surely something in the bloodline inspired that.

Shockingly, though, the series depicts the House of El as a family with rebellious roots whose ethos is based in the pursuit of scientific exploration and serves reason. Because of this, the elder El’s attempt to warn Krypton of an imminent peril headed their way from beyond the stars is met by the family’s exile from society’s higher ranks. Stripped of their status, wealth and family name, they’re made to live among the lower class, known as the Rankless, until a human from Earth, Adam Strange (Shaun Sipos), finds the remaining Els to set them back on the path meant to bring Kal-El into existence.

“Krypton” avoids comparisons to titles such as “Smallville” and nitpicking by purist followers of Superman’s universe by setting its action 200 years prior to Superman’s birth. This is the story of Seg-El (Cameron Cuffe), Superman’s roguish scofflaw of a grandfather, and begins before Jor-El is even a thought. Creators David S. Goyer and Damian Kindler remain very much aware of what the DC’s comic faithful demands of a series like this as well as the expectations of viewers who follow the TV version of these characters.

The series’ opening arc is as much concerned with exploring the histories of the names that we know from Superman’s universe as it is with instilling “Krypton” with numerous nods to political and social strife in the real world. What Clark Kent (and audiences, by proxy) know about Krypton is revealed through the generated memories of Jor-El, viewed in Superman’s Fortress of Solitude; the Christopher Reeve “Superman” films, for example, depicted it as a fallen utopia populated by beings with a superior grasp of science and technology.

By spinning a legacy that pre-dates Superman by two centuries, the writers open up the opportunity to explore Krypton as a society controlled by oligarchs bent on remaining atop the social pyramid, who exploit a theocracy, held together by a mysterious godhead. Its corrupt leader, Daron-Vex (Elliot Cowan), maintains power with the help of a militaristic elite helmed in part by the elders of the House of Zod.

The House of El threatens the stability of a society ruled by the illusion of divine right when the family patriarch Val-El (Ian McElhinney) presents a disturbing finding based on science, data and space exploration: He discovers that an all-powerful force is on its way to destroy Krypton. But this casts doubt upon the ruling class’ geocentric model of existence and the purported supremacy of Krypton’s religion. In simple terms, grandpa El warned Krypton’s politicians that they are not the greatest, that there are forces far more powerful and mighty that they. For that heresy he was tossed into an icy oblivion.

The Vex clan is a bunch of handsome devils, but they also seem expendable to the tale. In contrast, the expansion of the Zod family’s history is as vital to the success of “Krypton” as the weaving in of chapters explaining the fall and restoration of El.

That family’s tale allows the narrative to dance with the idea of might versus loyalty, and whether bending to the will of authority has more value to a stable society than independent thought. Every family, every House changes what they stand for over time, and the portrayal of the Zods as mercy-averse but essentially lawful honor-obsessives both explains the ideology of how General Zod came to be and, like the Els, goes against what we know about the name.

Melodrama always plays a part in such examinations, or else where’s the primetime fun in a story like this? Hence, “Krypton” presents a Capulet and Montague-style situation by placing Seg-El in a secretive love affair with Lyta Zod (Georgina Campbell), an officer in Krypton’s draconian military force.

Lyta’s divided feelings place her at odds with her merciless mother Alura (Ann Ogbomo) and her sentiment for Seg, whose experience living among the Rankless expands his empathy for the lower classes.

As Lyta rises in the military she chafes at abuses of power and witnesses dangerous class prejudice exercised by her troops that, in one scene, all but nods at real world examples of excessive use of police force on unarmed civilians. As one of her soldiers presses a forearm against the throat of a detained man he desperately yells, “I can’t breathe!” Chaos ensues. (Notably the actors portraying the Zod family are all black, as if Goyer and Kindler seek to make their point about power abuse while removing race — and #BlackLivesMatter — from the equation.)

In this way “Krypton” stealthily aspires to filter social commentary into its plot, much in the way the 2004 version of “Battlestar Galactica” eventually did. That revival was seen by many as a pop culture allegory for the Iraq War chapters of the Bush era, asking its audience to weigh the subtle differences between what the dominant narrative tells us to believe about, for example, the definitions of what it means to be a freedom fighter versus what it means to be a terrorist.

It’s worth pointing out that the creators of the original “Battlestar” were sued for mimicking “Star Wars” too closely for comfort. So if the early aughts version of the sci-fi TV series sold viewers on an appreciation of resistance, George Lucas’ culture-saturating mythos deserves some of the credit for that.

“Krypton” is nowhere nearly as nuanced — “Battlestar” frequently wasn’t either, for that matter — and in its opening hour trains much of its focus on building a soap opera bridge to the ancestral history of Earth’s greatest champion.

But it is heartening to see a Syfy series take advantage of our ongoing fascination with the DC Universe, and other comic book properties, to attempt to make a statement about where we are and the possible dangers that lie ahead. Krypton will fall; there’s no getting around that. But it could be very educational to see how heavily ignorance and hubris are to blame for its demise, and what role that insight plays in giving birth to a more hopeful tomorrow.