This is how Trump won mindless loyalty from millions of Americans

The simple, surefire formula for sycophants 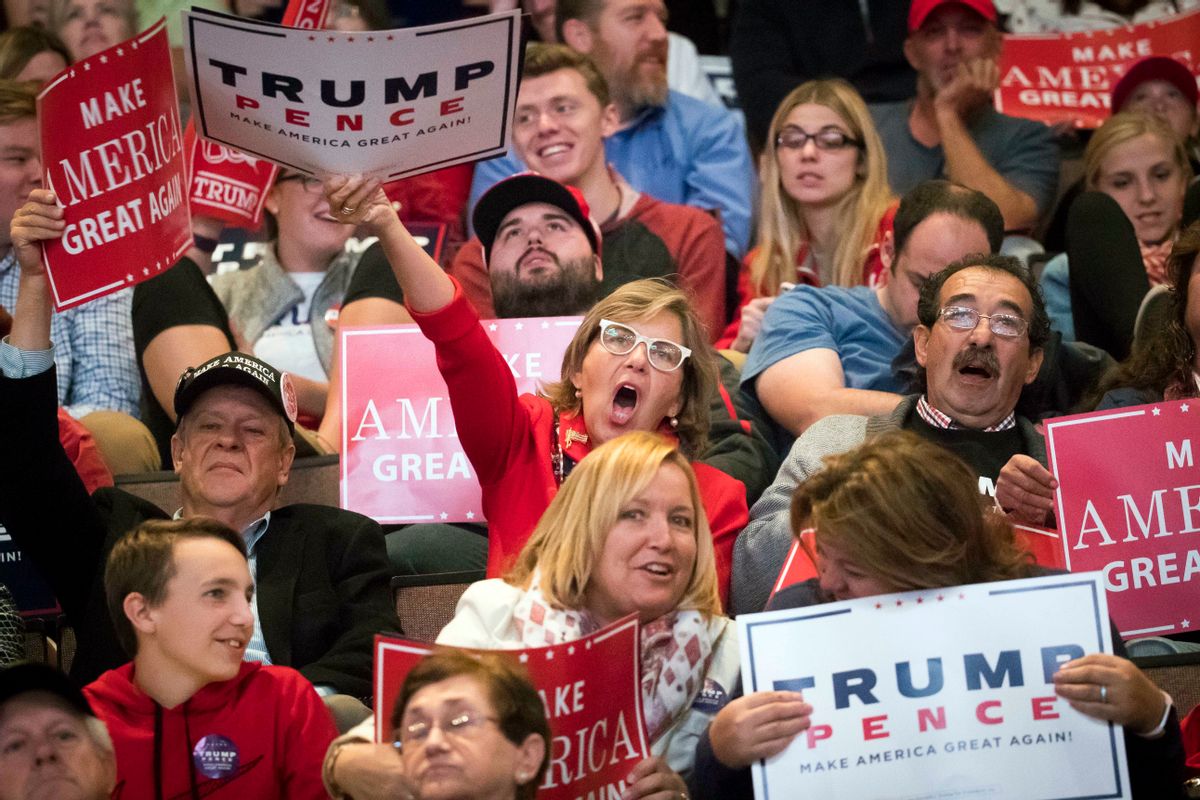 Many Trump supporters are proud of their absolute faith in him. You see it in the way they beam proudly when they tell reporters that they’d support him no matter what he does. Now, that’s unconditional love!

We have mixed feelings about absolute faith and unconditional love. Sometimes we regard them as the highest virtues. Sometimes we think such commitment is pretty dangerous. Unconditional? Would you still love a partner who turned into an ax murderer?

On the receiving end, absolute faith and unconditional love are pretty handy. Gaining that kind of unconditional respect means you can do no wrong which frees you to do all the wrong you want.

All purpose: What’s nice about these rules other than that they’re easy to follow is that it doesn’t matter at all what you know or think. Following them frees you from careful thought. That’s the beauty of it! You can apply these to win absolute faith and unconditional love from the gullible in support of anything. It doesn’t even matter whether you offer anything for them to have faith in, since your targets are the kind who have faith in faith. Remember, they think no longer having to keep an eye on things is a good thing, a relief from dreaded uncertainty.