What the home of "an Indian" looks like, from the reservation to the Ganges

Two filmmakers visit each others' homelands in the documentary "Gathered Places," streaming now on Salon Premium 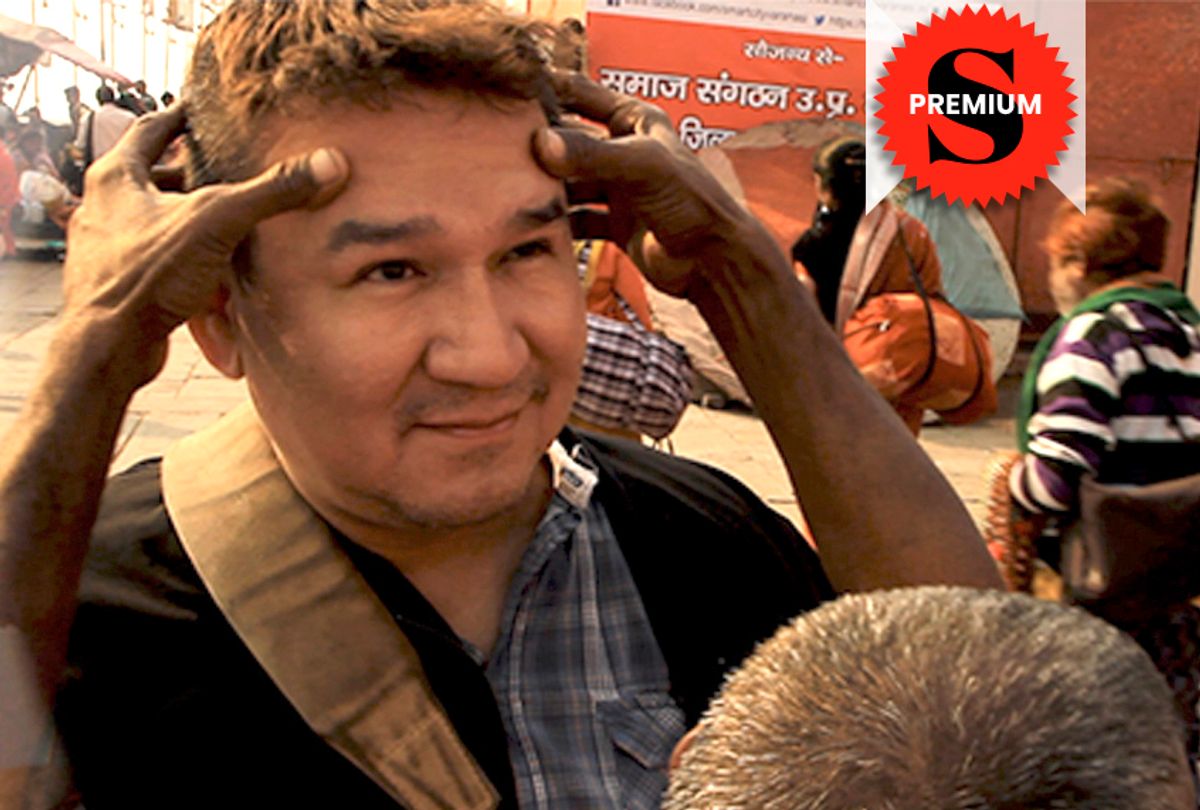 Talk about high concept. In “Gathered Places: An Indian Documentary Film,” two filmmakers, Terry Jones and Govind Deecee, visit each others' homelands to explore where their cultures and identities as Indians — one is Native American, one South Asian — overlap and diverge. Check out the trailer:

You can watch the full documentary "Gathered Places"  on Salon Premium, our new ad-free, content-rich app. Here's how.

Salon talked to Jones about the collaboration behind “Gathered Places,” and where he and Deecee are going next.

How did “Gathered Places” come about?

“Gathered Places: An Indian Documentary Film” was a collaborative effort by fellow film student Govind Deecee and myself. I grew up and reside on the Cattaraugus Indian reservation and I am an enrolled member of the Seneca Nation of Indians. Govind grew up and lives in Kottayam, India, which is located in the southern part of India. Govind and I met during our first semester at Syracuse University. In a classroom filled of American and International students, the most common and uniting denominator was that we all spoke English. The fact that we both introduced ourselves as an “Indian” created an unexpected double meaning of the word for the class and for ourselves. Govind and I both enrolled in the same film production class during our second semester. The first group assignment involved working with the Bolex film camera and when the professor requested students to split into work groups, the American students quickly formed their own groups. When the dust settled, Govind, two Chinese students and I were left to work in the “international group.” The resulting short film, “Make Glove, Not War,” would be one of many film projects between two unlikely film collaborators, Terry Jones and Govind Deecee.

The idea of “Gathered Places: An Indian Documentary Film” was initially manifested visually in a short documentary called “Indian,” which was produced during our sophomore year. This five-minute piece explored, through a split screen, the similarities of experiences between Deecee and myself during our studies at Syracuse University. Topics we discussed were Indian appearances, food and clothing. Initial critical feedback reflected that “Indian” felt more like a trailer to a larger documentary piece.

As potential senior film thesis ideas were being formulated, we decided that an expanded Indian documentary was in the forefront of potential film projects. Thanks to a funding grant through the Renée Crown University Honors Program at Syracuse, my production trip to India was fully-funded.

In Seneca culture, we have a word that refers to American Indians as ö:gwe’o:weh, which means “original man.” Many of the [ways dominant culture refers to] Indigenous people are being claimed or re-claimed by Native people themselves. For example, instead of being referred to as “Iroquois,” the people of the Six Nations refer to themselves as Haudenosaunee; much like the Navajo refer to themselves as Diné. For me, I think it’s a form of empowerment by taking away the English word and its connotations, and perhaps stereotypical associations, and redefine the meaning with our own words. Personally, I really don’t take offense when people use “American Indian,” “Native American” or “Indian.” [Although] it would offend me if those words were used in a derogatory manner.

What is your relationship with Govind, the other subject of the film? Is he credited as co-director?

During my time at Syracuse University, Govind and I collaborated on many short films. We made a deliberate attempt to take the hierarchy out of our projects as we tried to approach our projects as a collaboration where we all bring our best talents to the table. That’s why all of our completed projects are presented as “a film by” instead of a stream of “directed by,” “produced by,” “written by,” etc. in the closing credits. On a typical film project, we flesh out the initial story concept and character development. We know we are ready to put our ideas to script when we are both able to “see” the film in our own minds. We work together on all forms of production: location scouting, wardrobe, actors’ auditions, set design, fundraising and budgeting. If we had to delineate who does which roles: Govind does the cinematography for our film shoots while I do the editing and sound design. During filming, we are both co-directors. Prior to filming, we have already decided where the cameras will be while pre-determining how we edit the film together, as well as what we need from our actors.

What were the perceptions of Native Americans like over there in India?

I think people in India more perceived me as a foreigner than an American Indian. When we were filming in Varanasi, being perceived as a foreigner meant that I probably had money. In the film, you see an older gentleman messaging my face and arms. I look at Govind behind the camera and ask how much I should pay him. By that time, we were already creating a small scene as other people who had things to sell, were starting to surround us in the hopes of attaining some money.

How would you characterize the current status of Native American documentary filmmaking?

It’s challenging to be a Native filmmaker. Producing a Native film, whether a narrative or documentary, is like pitching a foreign film within the U.S. For example, when I watch a foreign film, besides trying to understand the narrative and characters while reading subtitles, there are also distractions in the form of the visuals. I am also trying to observe new (to me) surroundings like where do they live, where do they go to school, what is their way of life. Native films have that same problem: We live in a culture where the dominant culture does not fully understand us. Our films need to not only entertain our audiences but they must also educate them. I feel that audiences who watch Native documentary are fascinated to see a world they’ve never seen before, especially from the perspective of a Native filmmaker.

Of course, Native filmmakers want their films to be experienced by the widest audience possible. So, we have to ride the line between giving mainstream festivals more of what they are looking for while trying to insert your own perspective and style of the film form. It’s striving to make films that are engaging and conventional.

I can only speak for myself but when I approach documentary filmmaking, I try to stay away from the style of the moving image interspersed with talking head interviews. Mind you, the three short documentary films I produced were made while I was learning about the process of making documentary films. I didn’t go in with a deliberate “style.” I didn’t know if it would resonate with the outside world beyond academia. In the two years since graduating from Syracuse, my short docs have screened in over 16 film festivals. I have slowly learned to grow into the idea that I have a documentary style that people want to see. I know going forward, I will approach future documentary projects with a confidence I didn’t have previously. Also, it’s worth noting that two of my short docs were offered by the Canadian Filmmakers Distribution Centre in Toronto to be the films’ official distributor and sales agent.

What are you (and Govind) working on now?

I plan on visiting Govind in India at the end of this March to begin work on our next short film projects. One of our projects is call “Sewn,” a 20-minute narrative drama based on real life events. “Sewn” is about Lucy and Gertie, two elderly women longing to be reunited after being orphans in an Indian residential boarding school in the 1950s. Can these two childhood friends heal the painful memories of their past before it’s too late? “Sewn” is about longing, loss and closure. We are hoping to release “Sewn” by the end of 2018.

Of course, making a period drama will be financially challenging for us. We will be experimenting with different forms of crowd-sourcing to see if we can get it fully financed. This includes Kickstarter, Patreon, Seed & Spark or Go Fund Me. Shameless plug: if anyone is interested in helping us: information about all our films and future projects can be found on our website at www.tornjerseymedia.com.

And here are a few links on recent projects: the official “Gathered Places” webpage; the trailer for “Unearthed,” which is making the festival rounds at the moment; and a trailer for “Soup For My Brother.”

Take a trip into the hearts and homes of Jones and Deecee. Watch "Gathered Places" on Salon Premium, our new ad-free, content-rich app.