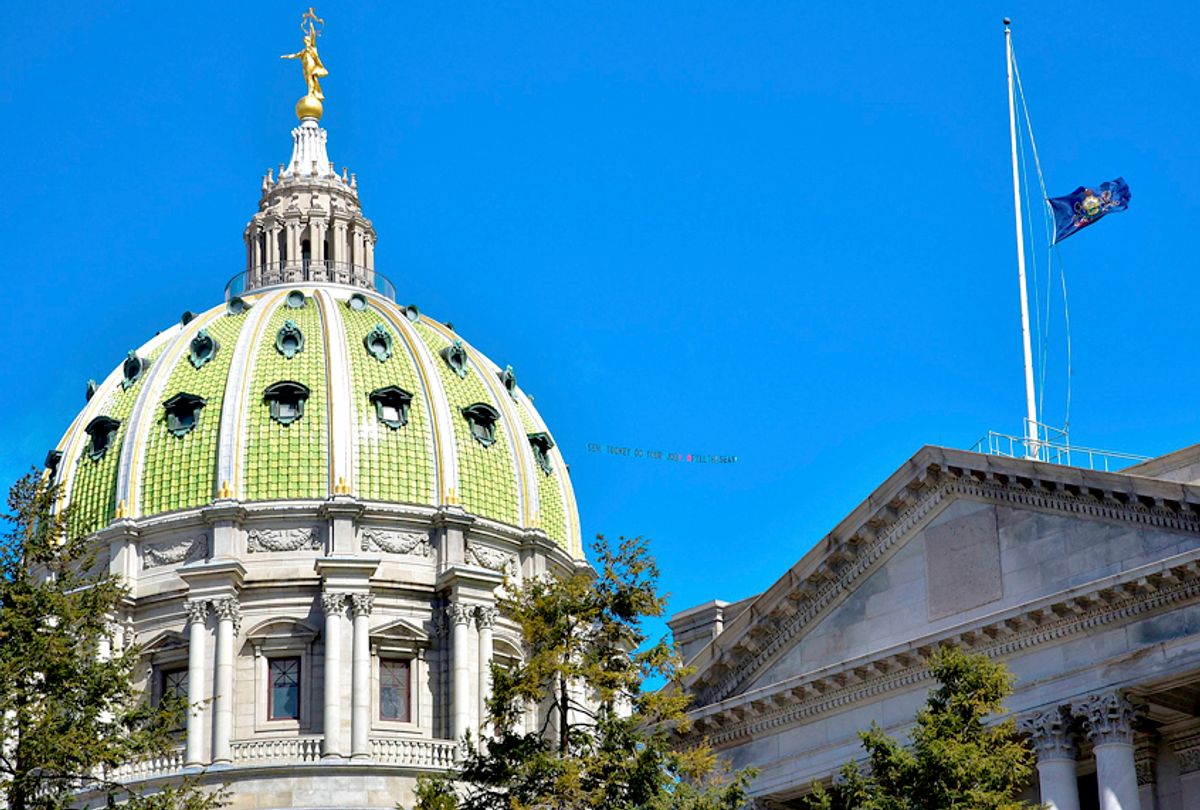 A Pennsylvania congressman is moving to impeach four State Supreme Court judges for overturning congressional maps that had been heavily gerrymandered to favor Republican candidates.

Rep. Cris Dush of Jefferson County has introduced resolutions to impeach Justices Christine Donohue, Kevin Dougherty, Debra Todd and David Wecht, according to the Pittsburgh Post-Gazette. They are four of the five Democrats on the Pennsylvania Supreme Court who ruled to both overturn the previous congressional map, which was heavily gerrymandered to give Republicans an advantage, and to impose a new map for the upcoming primary elections on May 15. The fifth Democrat on the court, Max Baer, only supported overturning the gerrymandered map, while Republican Justices Thomas Saylor and Sallie Updyke Mundy refused to support either decision.

A resolution introduced by Dush last month justified attempts to impeach the judges by arguing that its order for the Pennsylvania General Assembly to submit a non-gerrymandered map to Democratic Gov. Tom Wolf to be either accepted or rejected by the court violated "the express legislative and executive authority, found in Article IV, Section 15 of the Pennsylvania Constitution, concerning the governor’s veto authority and the General Assembly’s subsequent authority to override such veto." Dush later claimed that the Pennsylvania Supreme Court's ruling violated the separation of powers, characterizing his reasoning as "basically junior high civics course material."

In order for Dush to succeed in overturning the judges, he would first need his fellow representatives to find that they had committed impeachable offenses. If that happens, the justices would face a trial before the State Senate, and two-thirds of its members would have to vote affirmatively for impeachment. With Republicans holding a 34-16 majority in that body, impeachment would certainly be in the realm of possibility.