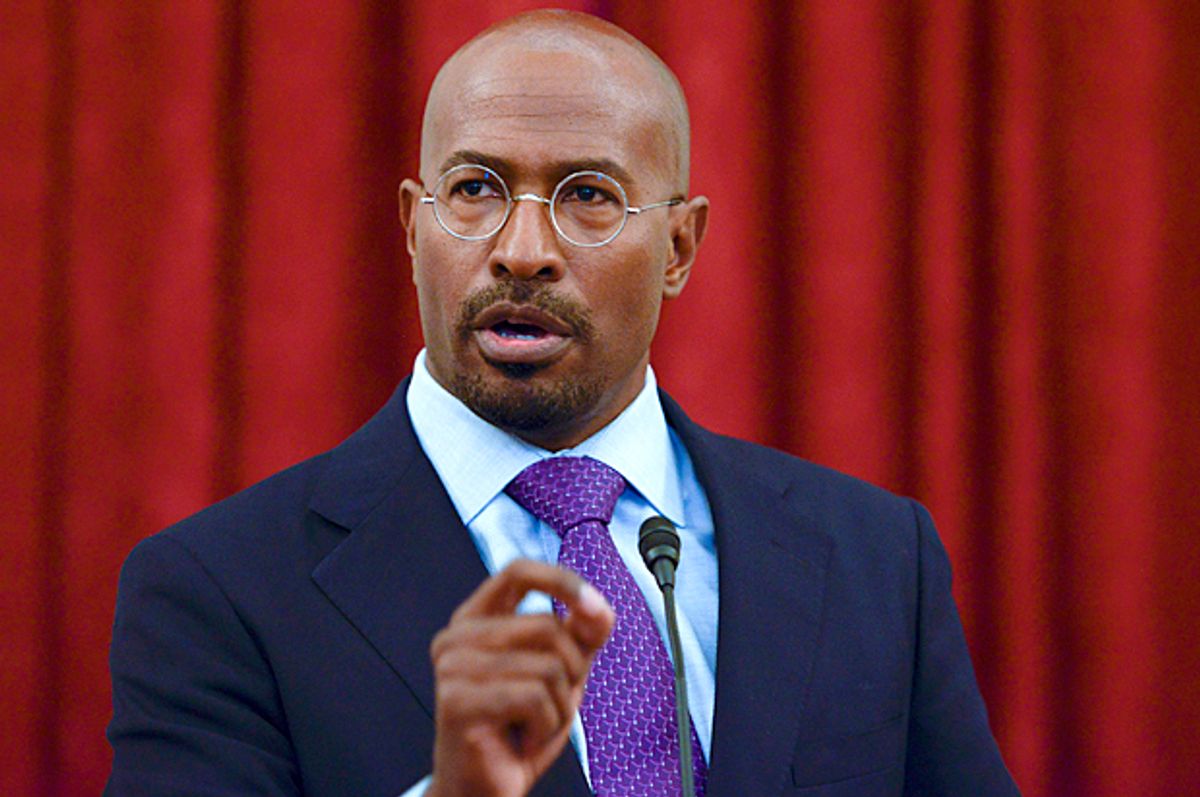 CNN's Van Jones is definitely not a fan of President Donald Trump's decision to seek capital punishment for drug dealers.

The network commentator sounded off on Trump's opioid plan, blasting the president's proposals as "offensive" and "divisive."

"This death penalty thing is a complete non-starter and it’s divisive and it’s stupid," Jones told CNN's Brooke Baldwin on Monday. "I think it’s an offense to the people who are really trying to solve this problem."

He added, "I met with pastors, nobody is saying what we really need is the death penalty for drug dealers. I don't know where he's getting that stuff. That is 180 degrees from what the people on the ground are saying."

Jones explained that in his experience with meeting with those most affected by the crisis, the approach should be empathy, not an iron fist.

"Nobody on the ground is saying, 'what we really need is the death penalty for drug dealers. What we really need is tougher, harsher sentences,'" Jones explained. "They’re saying people need more help, more compassion, more education. Sometimes they say they need more, better Bible studies. That would be higher on the list than death penalty for drug dealers."

The remarks came after the president rolled out his opioid plan earlier this week in Manchester, New Hampshire, a state that has been one of the hardest hit by the nation's opioid epidemic.

"I love tough guys, we need tough guys," Trump said on Monday. "If we don't get tough on the drug dealers, we are wasting our time."

He added, "And that toughness includes the death penalty."

Trump's opioid proposals come as the nation has battled a massive epidemic that killed more than 64,000 Americans in 2016. The proposal has been widely criticized as a drug war redux and an effort to turn back the clock on an issue that is in desperate need of serious funds and proper resources, rather than a crime crackdown.