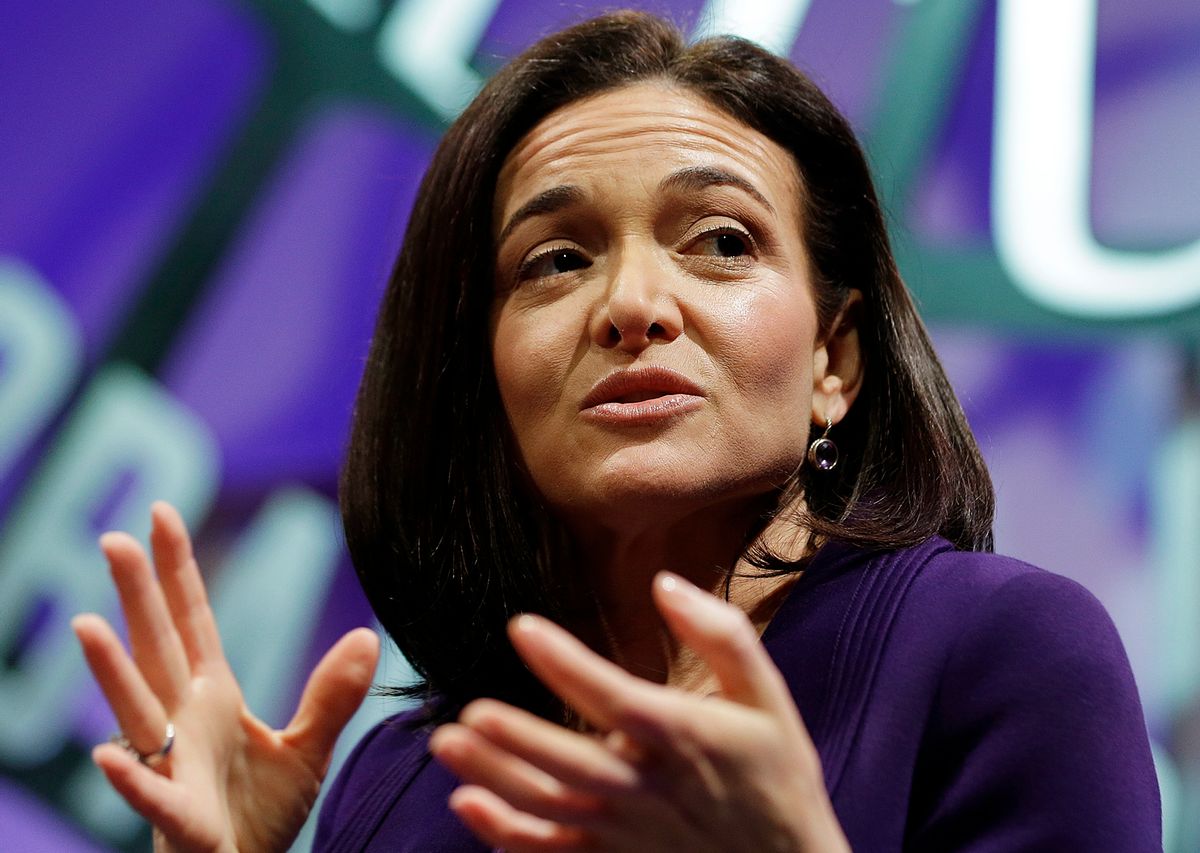 As Facebook's leadership continues to pick up the pieces over the damning revelations that data analytics firm Cambridge Analytica pilfered tens of millions of users' personal data, Facebook's COO Sheryl Sandberg sat down with CNBC's Julia Boorstin to discuss the scandal and the social network's role in giving the political data analytics firm, hired by the Trump campaign in 2016, access to private information of more than 50 million Facebook users.

"This was a huge breach of trust and I am so sorry that we let so many people down," Sandberg said on CNBC. "This is about trust and earning the trust of people who use our service is the most important thing we do, and we are very committed to earning it."

The COO said Facebook has already begun "taking aggressive steps" to make the platform "more transparent," but added that "there will always be bad actors."

Sandberg also admitted that the company "didn't realize the gravity of this issue sooner," though reports suggest Facebook knew about the data harvesting for two years but didn't act on it. She also apologized for not speaking out publicly about the matter sooner.

The Facebook CEO said he's "really sorry that this happened," and that it had been a "mistake" to trust Cambridge Analytica or any app developer to delete data after signing a legal certificate. He also admitted that the company had made flaws in building the platform — that ultimately led to the data firm's ability to obtain personal profile information of 50 million users — and in not probing the matter further.

"I regret that I didn't do that at the time," Zuckerberg said. "What's clear is that in 2016 we were not on top of a number of issues as we should have, whether it was Russian interference or fake news."

The CEO's comments signal a shift in perspective from the days following the 2016 presidential election, when he called the "idea of fake news on Facebook— of which it's a small amount of content — influenced the election in any way" a "pretty crazy idea."

"The reality here is that this isn't rocket science," Zuckerberg said. "I mean, there's a lot of work that we need to do make it harder for nation states like Russia to do election interference, to make it so that trolls and other folks can't spread fake news."

Zuckerberg also said he would be "open" to testifying before Congress regarding the recent privacy controversy.

The data breach scandal is the latest controversy to rock Facebook. The billion dollar company has previously come under scrutiny for discriminatory ad-targeting practices, fact-checking, questionable political ties, and free speech rules in Europe. Since news broke over the weekend that Facebook enabled Cambridge Analytica to access private user information without their consent, the company has lost $59 billion in value and unleashed a #DeleteFacebook campaign.