Rep. Claudia Tenney claims Carson spent too much money on furniture because of someone from the "deep state" 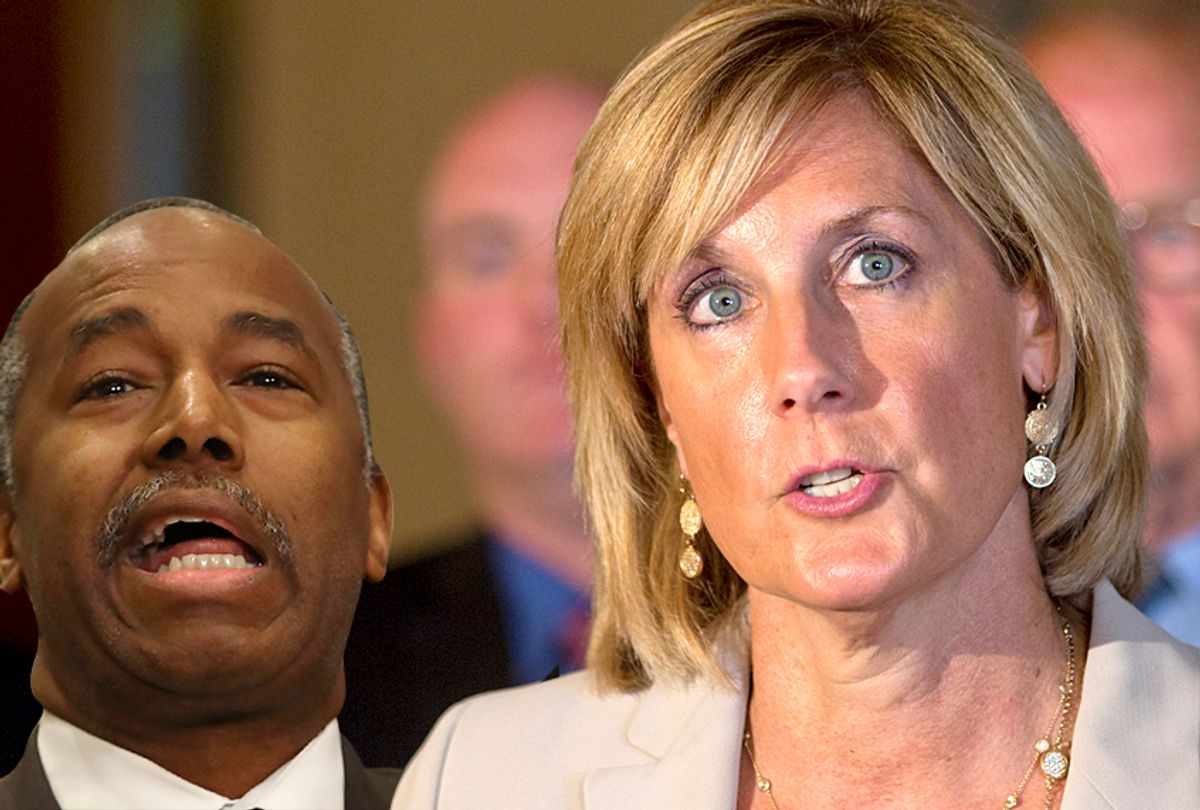 A Republican congresswoman now suggests a member of the "deep state" is responsible for Secretary of Housing and Urban Development Ben Carson's ongoing scandal involving an office furniture order in excess of $31,000.

During an appearance on the Utica, New York radio show "Talk of the Town," Rep. Claudia Tenney, R-N.Y., argued that the department's $31,561 order  for tables and chairs — which exceeded the $5,000 limit established for redecorating the HUD Secretary's office — was the fault of an individual within the so-called "deep state."

"Somebody in the 'deep state' — it was not one of his people apparently — ordered a table, like a conference room table or whatever it was for a room, and that's what the cost was," Tenney claimed in defense of Carson, a Cabinet member whom she admitted she admires. "Ben Carson tried to — he said, 'You know how hard it is to turn it back because of the way that the procurement happens?'"

She later brought up the specter of the "deep state" again, telling her host that, "What it is is that people in the 'deep state' who've been there — they might be — they say, 'Hey, we're gonna buy this, because this is what somebody else did.'"

The term "deep state," which has been popularized by President Donald Trump and his supporters, refers to individuals within the U.S. government whom they allege are secretly working to subvert the White House's agenda. Yet despite denying having deliberately picked out expensive furniture, an August email sent by a career staffer described "printouts of the furniture the secretary and Mrs. Carson picked out," suggesting that Carson had indeed been involved in that process. Carson later blamed his wife, Candy Carson, saying that he had delegated the responsibility to her.

"I left it with my wife. I said, 'Help choose something.' But I said the money that is going to be used, we need to take care of the deputy secretary's office, and you know, whatever's left over take care of the dining room furniture," Carson explained.

Thus far, no evidence has emerged that the furniture was purchased by a government official with an agenda to undermine or embarrass Carson.