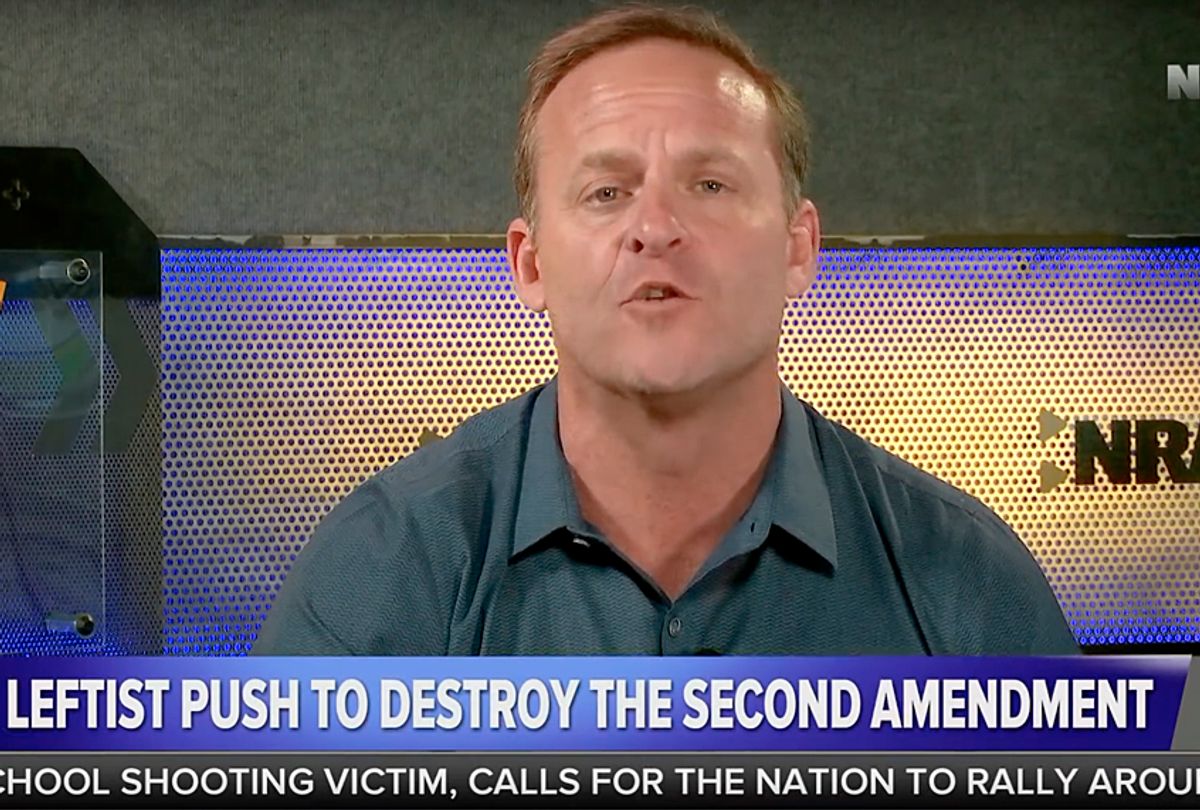 After Tuesday's school shooting in Maryland was halted by an armed resource officer, CNN ignored the incident, because the network allegedly only wants to cover stories with "dead children." That is, of course, just the latest conspiracy theory being floated by the National Rifle Association's streaming channel NRATV.

The NRA has faced waves of criticism in the wake of the recent school shooting in Parkland, Fla., last month, which sparked a national movement seeking common-sense gun reform. While surviving students have organized a massive march on Washington, DC this coming Saturday, the NRA claims the media is actually pushing the agenda.

"If they can’t have the story they want — which is dead children, by the way — to push this anti-gun assault on our Second Amendment, then they push the march," NRATV host Grant Stinchfield alleged in a segment that aired on Wednesday.

Stinchfield was referring to the shooting at Great Mills High School on Tuesday, in which the aforementioned shooter was killed by the armed officer — and two students were injured.

It didn't take long for the NRA to essentially declare the situation a victory — because the shooter was stopped by a firearm — despite its typical hiatus when a mass shooting occurs.

Stinchfield slammed CNN for its lack of coverage of the Maryland shooting — and lack of praise for the resourceful officer who was able to end it. The NRA mouthpiece claimed that, out of the six major CNN shows that air live in the afternoon and throughout the night, only two had briefly mentioned the story.

"For weeks they were looking for solutions to save kids’ lives. And the solution that we pushed — more armed security — a solution that works? They ignore it when we prove that it works," he continued. "When that hero cop proved that it works. It’s coverage that they didn’t do that makes it so despicable."

The NRA has evidently gotten desperate, but CNN's Jake Tapper, who was name-dropped by Stinchfield, made sure to give the major gun lobbying group a fact check on Twitter.

The NRA's popularity has also taken a hit in recent weeks as 40 percent of Americans now see the organization in an unfavorable light, while only 33 percent view it favorably, according to a new NBC/WSJ poll. For some comparison, 45 percent saw the group in a positive light back in April 2017, while only 33 percent held a negative view.

Watch the full NRATV clip via Media Matters for America below.