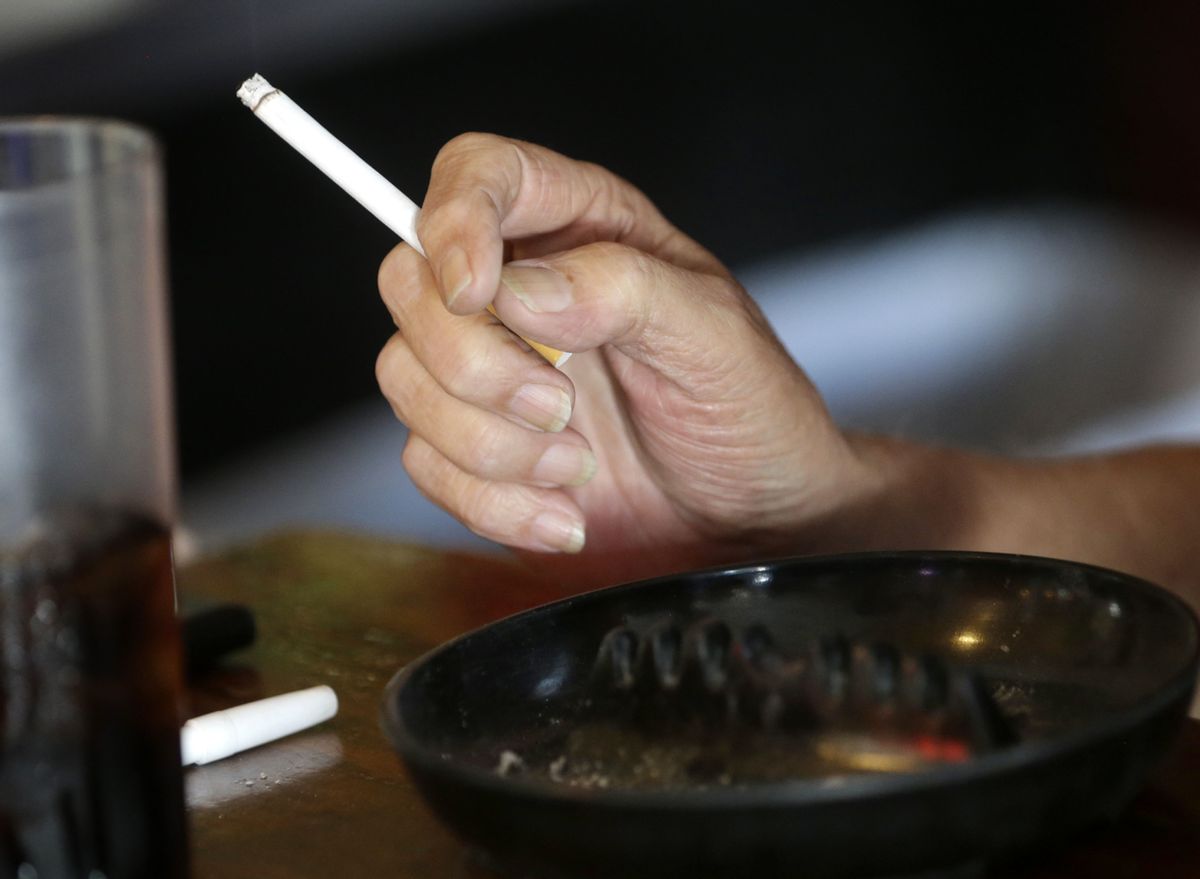 Cigarettes would contain less addictive nicotine — making them less attractive to smokers — under an “unprecedented” plan the Food and Drug Administration announced Thursday.

Stripping cigarettes of all or most of their addictive power could lead 5 million adults to quit smoking within a year of the plan going into place and another 8 million to quit within five years, according to an analysis published Thursday in The New England Journal of Medicine.

By 2100, the plan would prevent 33 million people who are now children or young adults from ever taking up tobacco, saving 8 million lives.

The idea of reducing nicotine to non-addictive or “minimally addictive” levels is the “cornerstone” of a comprehensive tobacco control plan announced in July by FDA Commissioner Scott Gottlieb.

“We’re taking a pivotal step today that could ultimately bring us closer to our vision of a world where combustible cigarettes would no longer create or sustain addiction — making it harder for future generations to become addicted in the first place and allowing more currently addicted smokers to quit or switch to potentially less harmful products,” Gottlieb said.

Tobacco companies have carefully engineered their products to be as addictive as possible, said Mitch Zeller, director of the FDA’s Center for Tobacco Products. Combustible cigarettes are both the deadliest and the most efficient way to deliver nicotine, he said.

“Today’s advance notice is a request for information, not a proposed rule, and is the first step in a multiyear process,” said Murray Garnick, executive vice president and general counsel of Altria Group, the parent company of Philip Morris USA. “FDA is seeking information about the scope of a nicotine standard, a threshold nicotine level, the nature of implementation, analytical testing methods, technical achievability, and the possible creation of an illicit market. … We plan to participate in every step of this process.”

“We look forward to working with FDA on its science-based review of nicotine levels in cigarettes and to build on the opportunity of establishing a regulatory framework that is based on tobacco harm reduction and recognizes the continuum of risk,” said Dr. James Figlar, executive vice president of research and development for R.J. Reynolds Tobacco Co.

Matthew Myers, president of the Campaign for Tobacco-Free Kids, urged the FDA to move quickly and set a hard deadline for lowering nicotine levels not just in cigarettes, but in cigars and all combustible tobacco products. Tobacco kills more than 480,000 Americans a year. Smoking also costs the country $300 billion a year in direct health care and lost productivity, Gottlieb said.

“There is no other single action our country can take that would prevent more young people from smoking or save more lives,” Myers said. “This is truly a once-in-a-lifetime opportunity to greatly accelerate progress in reducing tobacco use — the nation’s No. 1 cause of preventable death — and bring us closer to eliminating the death and disease it causes.”

Congress gave the FDA the power to regulate — but not ban — tobacco in 2009.

Smoking rates have declined from nearly 21 percent in 2005 to 15.5 percent in 2016, according to the Centers for Disease Control and Prevention. The decline has been attributed partly to higher tobacco taxes and smoke-free laws that make it harder for people to find places to light up.

The FDA is accepting public comments on the proposal.

Myers urged the FDA to take additional aggressive actions, such as requiring large graphic health warnings that cover at least half of cigarette packs. He said the FDA should also ban menthol cigarettes and other flavored tobacco products, which are often more attractive to children because they mask the harsh taste.

The FDA is considering a number of key questions about implementing the proposal. Those include: What potential maximum nicotine level would be appropriate? Should a new standard be implemented all at once or gradually? Would limits on nicotine foster the growth of a black market in high-nicotine cigarettes? Would smokers compensate for the loss of nicotine by smoking more cigarettes?

The FDA will make two additional announcements about proposed tobacco rules, including ones related to flavors in cigarettes and another on so-called premium cigars.

Given that the tobacco industry is likely to fight these proposals, it could be eight to 10 years before reduced-nicotine cigarettes become a reality, said Erika Sward, assistant vice president of national advocacy for the American Lung Association.

The speed with which the FDA acts depends heavily on “the political will of the administration,” Sward said.