March For Our Lives: Students rally against gun violence 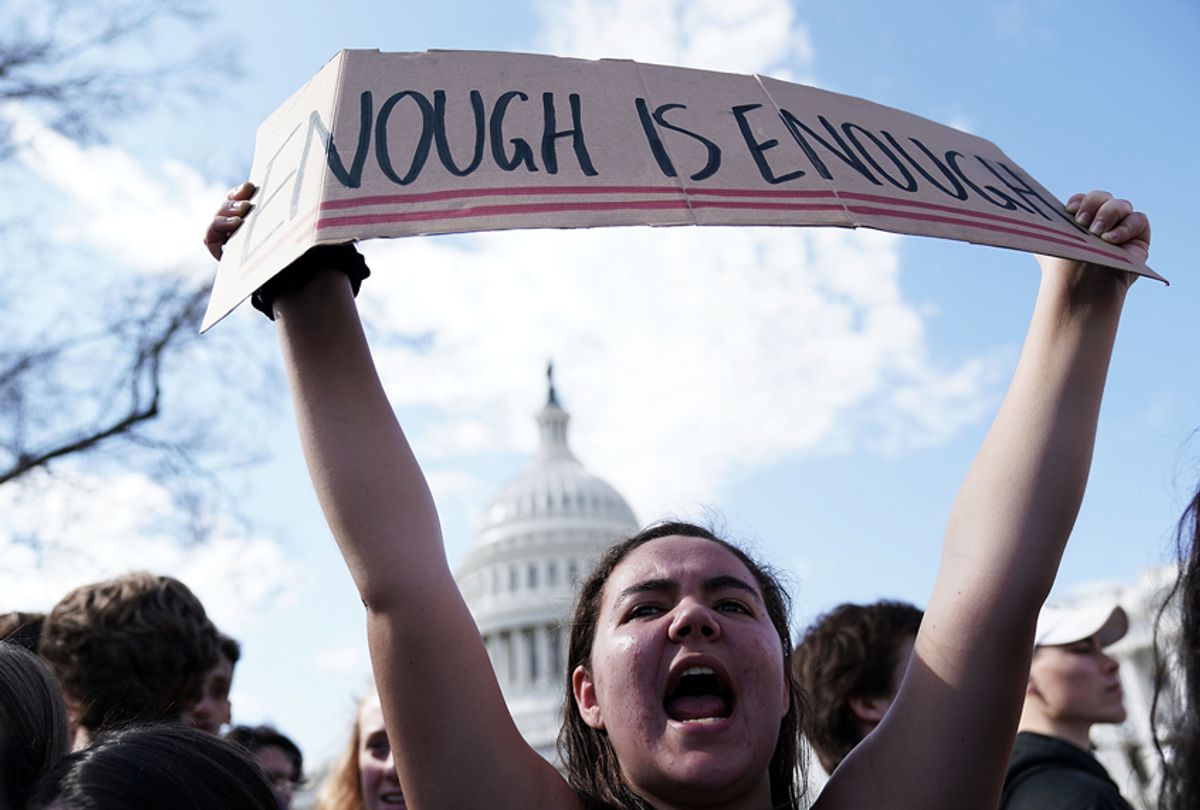 In the crusade to put an end gun violence, hundreds of thousands of people around the world participated in the March For Our Lives protest on March 24. According to the event's website, 846 demonstrations were set to take place from the U.S. to Antartica.

"Six minutes and about 20 seconds," she said. "In a little over 6 minutes, 17 of our friends were taken from us, 15 were injured and everyone in the Douglas community was forever altered."

González also listed names of those who died in the shooting and shared the activities they'll never be able to do again.

González continued: "No one could comprehend the devastating aftermath or how far this reach or where this could go. For those who still can’t comprehend, because they refuse to, I’ll tell you where it went. Right into the ground – six feet deep."

In part of her speech, she stood in silence, symbolic of the length of the shooting spree. She broke her silence after a timer went off, and said: "Since the time that I came out here, it has been six minutes and twenty seconds. The shooter has ceased shooting and will soon abandon his rifle, blend in with the students as they escape and walk free for an hour before arrest. Fight for your life before it’s somebody else’s job.”

So did former president Barack Obama.

"One of my best friends was killed in gun violence right around here," McCartney told CNN, "so it's important to me."

In the wake of the Florida school shooting, the students at Marjory Stoneman Douglas High School have been the leading voices in calls for action from lawmakers, and have boldly expressed frustration over a nation gridlocked on the issue of guns.

President Donald Trump has yet to recognize the rally, and is reportedly spending the weekend at Mar-a-Lago. Journalists report protestors are demonstrating nearby.