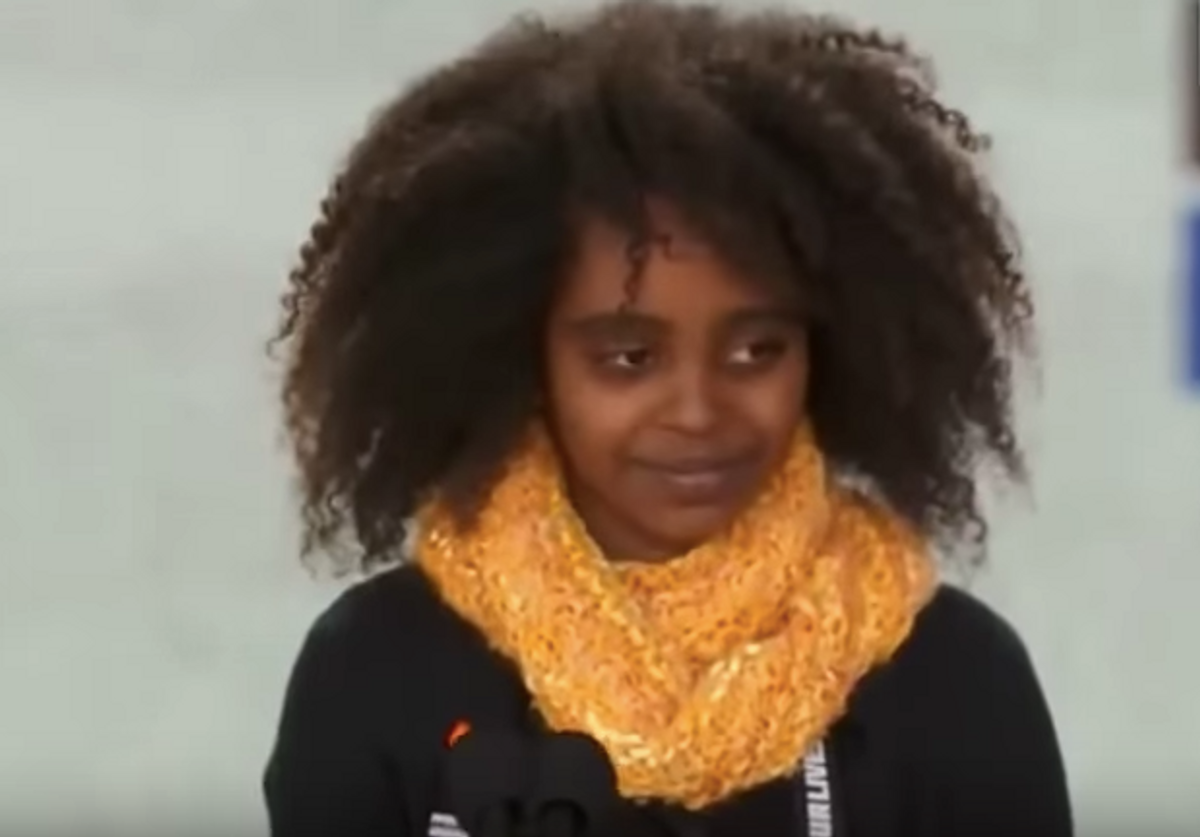 It’s not just teens who are advocating against gun violence and having important discussions in the fight for stricter gun control laws. On March 24, at March For Our Lives, 11-year-old Naomi Wadler delivered a powerful and moving speech.

“Me and my friend Carter led a walkout at our elementary school on the 14th," she said, referring to the National School Walkout that took place on March 14. ”We walked out for 18 minutes, adding a minute to honor Courtlin Arrington, an African-American girl who was the victim of gun violence at her school in Alabama after the Parkland shooting.”

“I am here to acknowledge and represent the African-American girls whose stories don’t make the front page of every national newspaper, whose stories don’t lead on the evening news. I represent the African-American women who are victims of gun violence, who are simply statistics instead of vibrant, beautiful girls full of potential,”she told the crowd. “For far too long, these black girls and women have been just numbers. I am here to say never again for those girls too. I am here to say everyone should value those girls too.”

Wadler continued: "I might still be 11 and we might still be in elementary school but we know, we know that there is an equal for everyone and we know right from wrong.”

People on Twitter are calling it the most inspiring speech of the day--and of the year.

The inspiring preteen raised awareness that all voices must be heard, and all lives must be honored, in the fight to end gun violence-- a movement that has been re-energized since the tragic Parkland school shooting that killed 17 people on February 14. Michael McBride, director of the advocacy campaign Live Free, recently wrote in an op-ed in the Washington Post, saying “The ears of our nation have still not been trained to hear the prophetic voices of poor youths of color.”