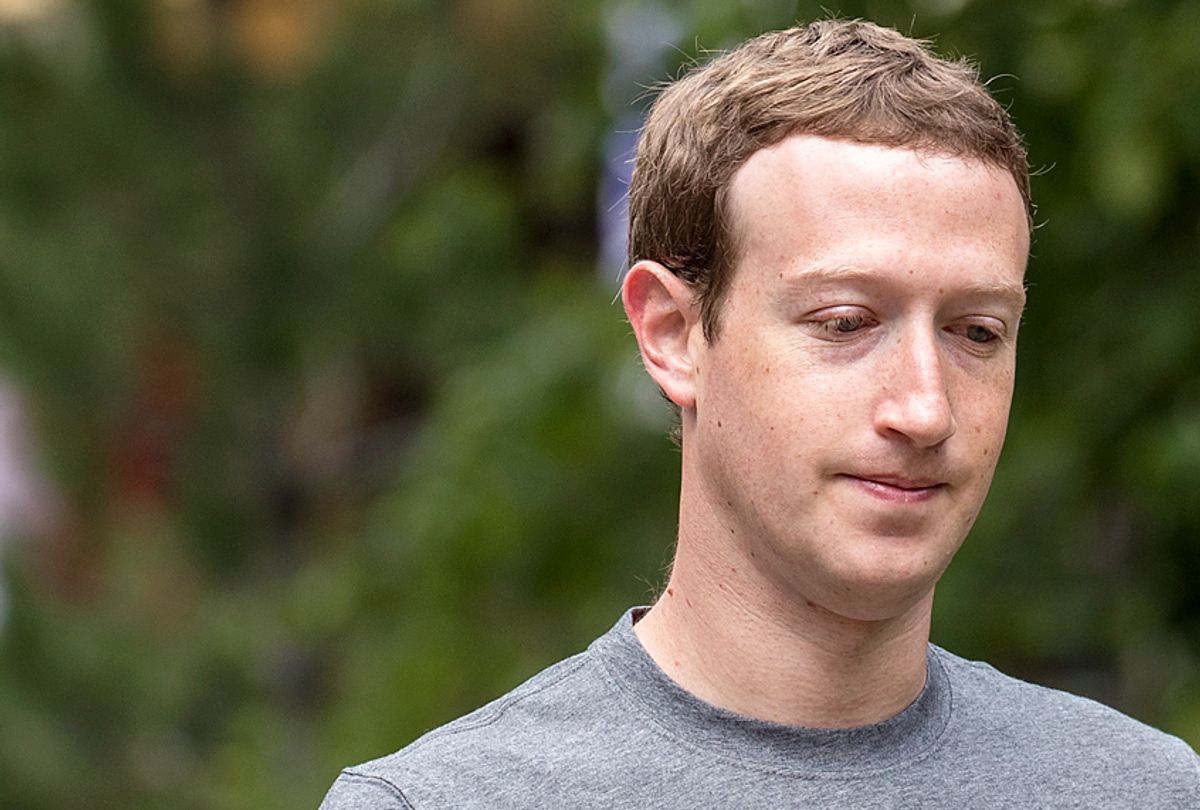 The U.S. Federal Trade Commission (FTC) confirmed on Monday that it is investigating Facebook amid news that the Trump campaign–linked software company Cambridge Analytica inappropriately collected the data of 50 million users on the site.

As a result, some companies have shut down their Facebook pages in protest or pulled advertisements entirely, while the social media giant's chief executive Mark Zuckerberg has embarked on a global apology tour to staunch the bleeding.

"Companies who have settled previous FTC actions must also comply with FTC order provisions imposing privacy and data security requirements," said Tom Pahl, acting director of the FTC's consumer protection bureau, in a statement according to Politico. "Accordingly, the FTC takes very seriously recent press reports raising substantial concerns about the privacy practices of Facebook. Today, the FTC is confirming that it has an open non-public investigation into these practices."

The auto parts retailer Pep Boys announced on Monday it had suspended all of its advertising on Facebook as a result of privacy concerns, Reuters reported.

"We are concerned about the issues surrounding Facebook and have decided to suspend all media on the platform until the facts are out and corrective actions have been taken," Danielle Porto Mohn, the chief marketing officer of Pep Boys said in a statement, according to Reuters.

The company joined the Mozilla Corporation, which announced last week that it was "pressing pause" on its Facebook advertising amid the revelation of the data breach.

"Facebook knows a great deal about their two billion users — perhaps more intimate information than any other company does. They know everything we click and like on their site, and know who our closest friends and relationships are," Mozilla announced in a blog post. "We understand that Facebook took steps to limit developer access to friends’ data beginning in 2014. This was after Facebook started its relationship with Cambridge University Professor Aleksandr Kogan, whose decision to share data he collected from Facebook with Cambridge Analytica is currently in the news."

The post continued, "This news caused us to take a closer look at Facebook’s current default privacy settings given that we support the platform with our advertising dollars."

Meanwhile, Facebook has taken out full page ads in several prominent newspapers across the world, signed by CEO Mark Zuckerberg, as they hope to win back public trust.

"You may have heard about a quiz app built by a university researcher that leaked Facebook data of millions of people in 2014," the advertisements read, according to CNN. "This was a breach of trust, and I'm sorry we didn't do more at the time. We're now taking steps to ensure this doesn't happen again."

Over the last few weeks Facebook's stock has plummeted, and the announcement of the FTC's investigation is not helping the company do damage control.