Should we really be allowing the Pentagon to teach target practice to teens on campus?

Revisiting the role of the JROTC after Parkland 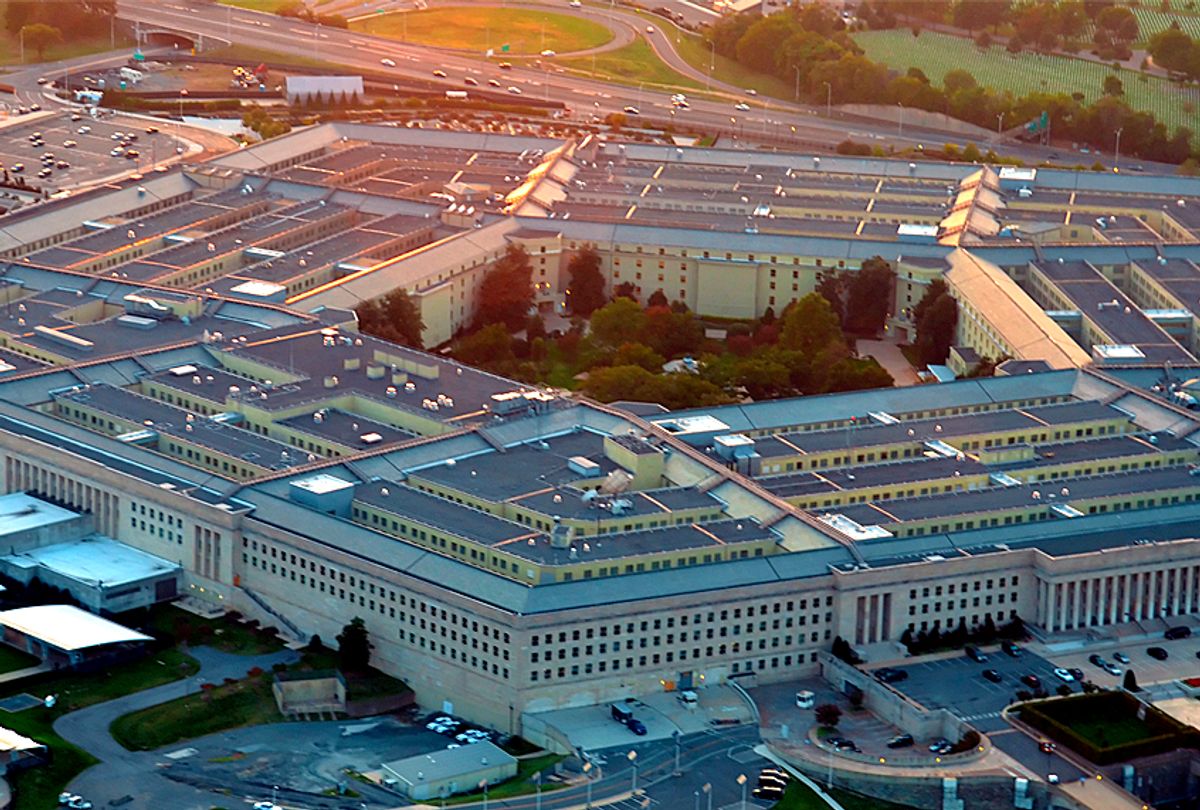 On Monday night, Pat Elder taught his usual GED class at Great Hills High School in Maryland. On Tuesday morning, he woke up to the news that his building had been the site of yet another school shooting; just before 8am, a male student with a handgun opened fire, injuring two fellow students and exchanging fire with police officers before being pronounced dead.

Elder was in shock. As the director of the National Coalition to Protect Student Privacy, an organization that fights militarism in education, the horrific incident was yet more evidence of an argument he'd been making for years: that guns, even in supposedly educational marksmanship and Junior Reserve Officers' Training Corps (JROTC) programs, have no place in schools.

This latest shooting was morbidly effective timing for a campaign by the National Coalition to Protect Student Privacy to end marksmanship programs in American high schools, starting with a petition.

"We are set to send as many as 150,000 emails at the beginning of next week," Elder told AlterNet. The coalition boasts dozens of groups including World Beyond War, Code Pink, Veterans for Peace, On Earth Peace, and Stop Recruiting Kids. "The petition is unique," he said, "because it targets not federal legislators, not Congress, but it targets state legislators. What we're trying to do is we're trying to shut down firing ranges in public high schools."

The ultimate goal is to change legislation, Elder said:

"We are targeting individual state legislators in order to do so. Our hope is that we can perhaps have legislation introduced in at least a half a dozen statehouses before long. I'm convinced that the United States Military Entrance Processing Command, which is the recruiting branch of the military, is intent on putting as many juvenile fingers around as many triggers, whether they be virtual or real, as possible."

The programs, which teach students how to fire weapons, are concentrated in the South. "Alabama is much, much more likely than, say, Rhode Island to have these types of programs in the public schools. Military recruitment rates in Georgia are three times that of Connecticut, and so there are certain areas where the militarism is much more established as part of the culture of the society."

As for Great Hills, Elder explained that Maryland has conservative and liberal enclaves, but, "Great Mills High School is certainly in a red area. It is within two miles of the Patuxent River Naval Air Test Center, which is a naval facility which is just about the size of the Pentagon. It's massive."

As part of the petitioning campaign, Elder wants to make sure parents understand an even more insidious part of the relationship between schools and the military. Even if their kids aren't in marksmanship programs, their data may still be passed onto military recruits. Embedded in the Every Student Succeeds Act (ESSA), a cornerstone of national educational policy, is a rule that says, "if a military recruiter requests the name, address, and phone number of students in a particular high school, then this high school has to hand it over, but the high school must tell parents they have the right to opt out."

The problem, Elder continued, is that this law "does not specifically say how the heck that's supposed to happen, so most schools really don't do much at all. They may put something in the student handbook, buried on page 36, or it may be buried on the website, but most parents don't know."

The petition goes live March 24, following the March for Our Lives in support of gun control. Sign the petition on the National Coalition to Protect Student Privacy and World Beyond War websites.