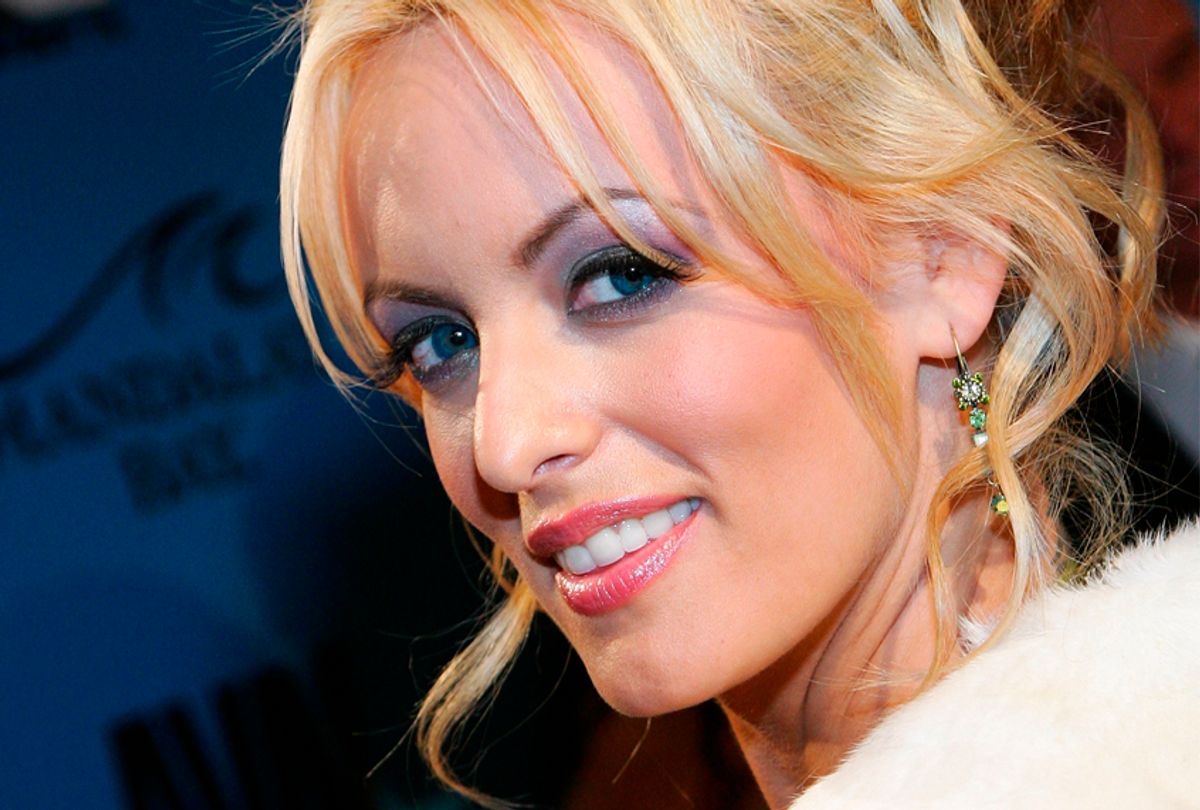 The letter came in response to a claim by Daniels that she had been threatened by a strange man in a Las Vegas parking lot in 2011 about her supposed sexual encounter with Trump, according to Fox News. Cohen's attorney Brent Blakely reportedly took issue with Daniels implicating his client was behind the incident, during which the man is alleged to have told Daniels, "Leave Trump alone. Forget the story." He is then alleged to have continued by looking at Daniels' baby daughter and telling her, "That's a beautiful little girl. It'd be a shame if something happened to her mom."

During an appearance on CNN on Monday morning, Daniels' lawyer Michael Avenatti discussed how he believes Cohen is trying to sweep under the rug a story that both Avenatti and his client are determined to make sure does not go away.

Stormy Daniels' lawyer claims he and his client have "a whole host of evidence" about the affair she alleges she had with Donald Trump and the knowledge she claims Trump had about her payout to stay silent pic.twitter.com/iJN5kTNXTC

"We have a whole host of evidence. This is not going away," Avenatti explained on CNN. "And Mr. Cohen and the president better come clean with the American people and they better do it quickly."

During her interview with "60 Minutes," Daniels more or less repeated the story that she had told "In Touch" magazine about her alleged affair with Trump back in 2011. She claimed that she and the future president watched an episode from "Shark Week," that he had compared her favorably to her daughter and that he had discussed putting her on his reality TV show, "The Apprentice." Daniels emphasized that the sex had been consensual, regardless of her own feelings of attraction or lack thereof for Trump, but did add one kinky detail that may have embarrassed the president — namely, that she had spanked Trump with a rolled up magazine.