Democrats need big margins to take back the House: Report

Analysts estimate winning 51% of the popular vote won't cut it, if Democrats want a House majority 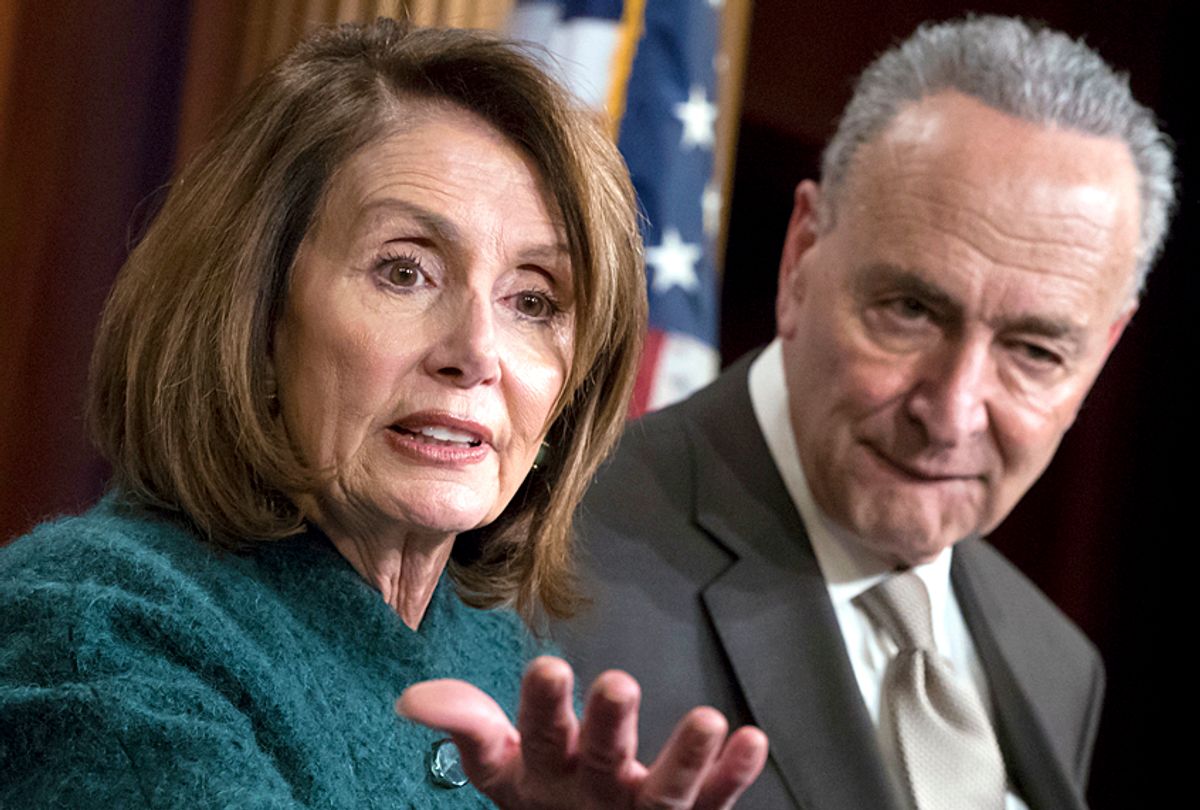 While Democrats have managed some surprise special election victories in Alabama, Pennsylvania and elsewhere over the past few months, there is no guarantee that the party could regain control of the House of Representatives this fall.

As things currently stand, Democrats would need to gain at least 24 seats to achieve a majority in the lower chamber. On paper, getting to the 218 needed is not an insurmountable task.

Winning over the majority of voters in each of these districts is going to be much harder for Democrats than it would seem, however, thanks to the widespread practice of gerrymandering and also to the fact that Democratic voters tend to live in highly concentrated urban areas.

According to a report released by the left-leaning Brennan Center for Justice, gerrymandering has become so sophisticated that it might mean Democrats could win a significant majority of House ballots cast but still not come out with control of the chamber.

"While Americans have had wave elections before, one complicating new factor this decade is the pervasiveness of extreme gerrymandering in the drawing of congressional maps. Both parties gerrymander when they can but the practice has been worsened by increasingly sophisticated data and map-drawing techniques," Laura Royden, Michael Li, and Yurij Rudensky write.

According to the Brennan analysis, Democrats would have to win the majority of ballots cast nationwide by nearly 11 points in order to take back the House. The authors note several states where, because of the way that districts are set up, Democrats could win a majority of the the votes and still come away with far less than a majority of the seats:

It's important to note that projections of this nature are not an exact science. They rely on turnout models that are based on historical data; yet because elections only happen every other year, the datasets can present problems for analysis.

New York Times election analysts pegged the number of ballots the Democrats would have to win to retake the house at around 7 percent, as did the Cook Political Report's David Wasserman:

While Democrats have been stronger in special election races thus far in the Trump presidency, it is worth noting that Republicans did win the plurality of the House popular vote in 2016 and 2014. Democrats won it in 2012, however, and still ended up with a House minority.