Mitt Romney: I'm more of an immigration hawk than Trump

Romney bragged about being tougher on immigration than Trump. Remember when people thought the 2 were different? 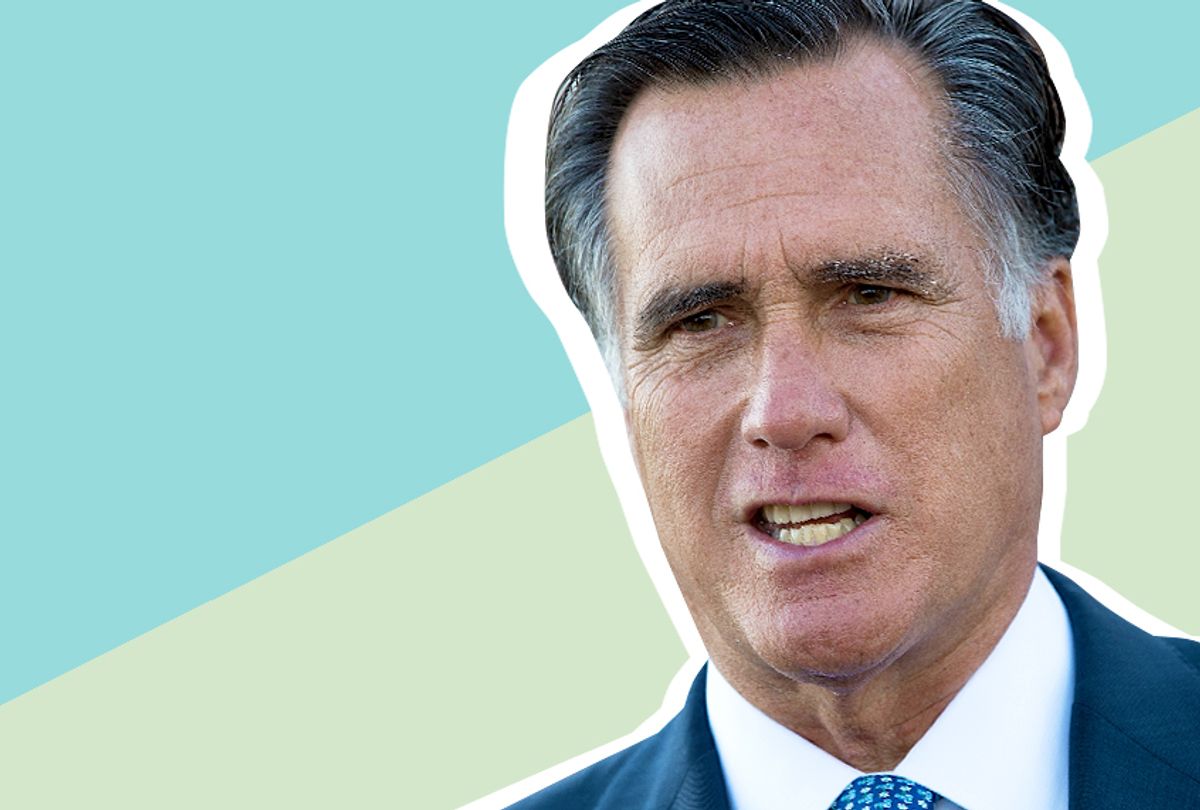 Utah Senate hopeful Mitt Romney, formerly Republican governor of Massachusetts, has made the bold decision to run to the right of President Donald Trump on immigration.

In the run-up to the 2016 election, Romney was a poster-child for the "Never Trump" movement. To that end, Romney denounced Trump's politics and rhetoric as unrepresentative of so-called Republican values and sought to prevent him from winning the Republican nomination.

But all of that is in the past now.

"I’m also more of a hawk on immigration than even the president," Romney touted during a Utah event on Monday, according to the Daily Herald. "My view was these DACA kids shouldn’t all be allowed to stay in the country legally."

The notion that Romney is more radical than Trump on immigration is perhaps inconsequential in terms of its policy implications: both are clear hardliners whose rhetoric smacks of xenophobia. Oddly, back in 2012, Trump actually blasted Romney for being weak on immigration.

As part of his anti-immigration agenda, the Trump administration rescinded DACA protection back in September, repeatedly opposed bipartisan immigration solutions and continues to insist Mexico will pay for a border wall, despite no evidence of such an agreement.

Meanwhile, in touting his conservative credentials, the failed 2012 presidential candidate boasted that he was also "a deficit hawk."

"That makes me more conservative than a lot of Republicans and a lot of Democrats," he said.

Romney, who announced his Senate run last month, seemed to suggest that it's his differences with the president that make him the best candidate for the seat. But where exactly the two disagree certainly has more to do with optics than it does with policy. That sentiment is not much different than how other Republican lawmakers feel about Trump.

"(Trump) has endorsed me in this race," Romney said. "He respects people who speak their mind, because now and then, as you know, if he says something I think is wrong, I’ll point it out. And if he disagrees with me, he points it out even harder."

He added, "There are times when the president may have said something that is either racist, or anti-woman, that is divisive. And if that happens, I’ll call him out on it."

For Utah conservatives who love the GOP agenda but aren't too fond of Trump's brand of volatility, Romney is their man.