Sen. Jeff Flake is going to compare Trump to Stalin, but will vote with him

Flake will attack Trump for what the president says, but not what he does 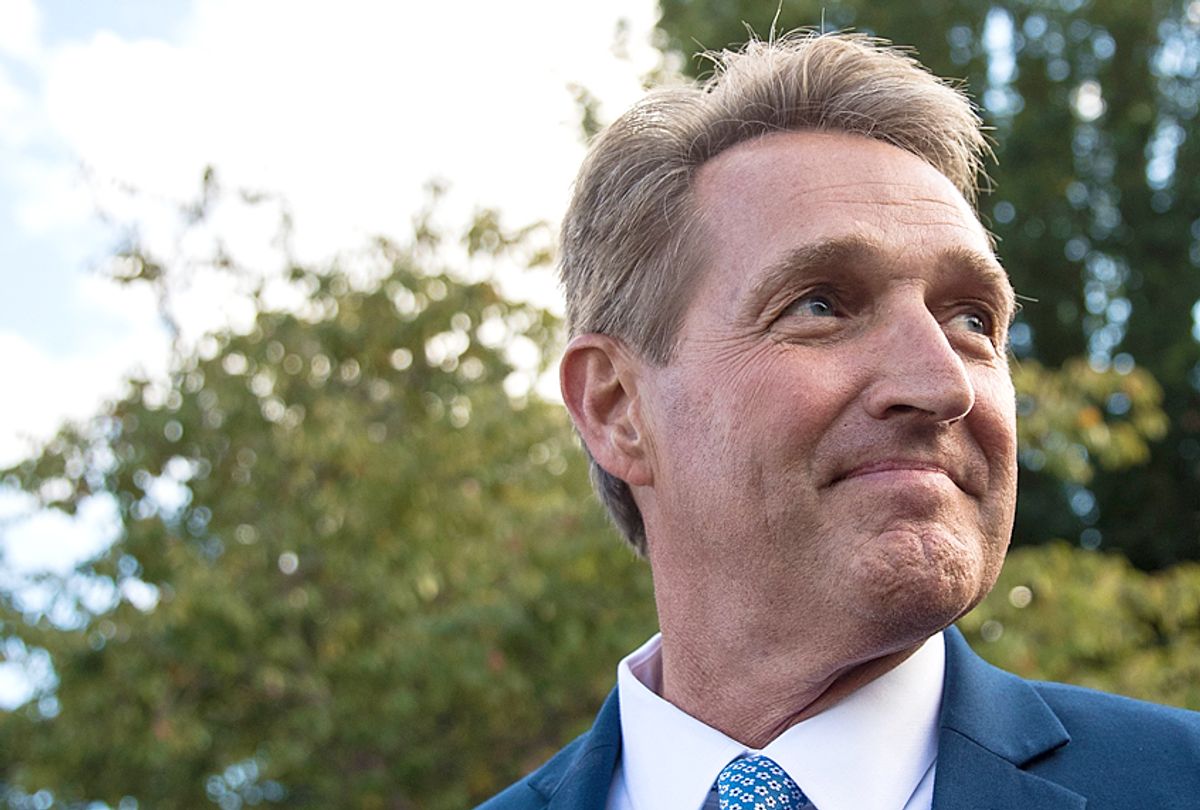 In his latest expression of flamboyant political theater, Republican Sen. Jeff Flake of Arizona is expected to compare President Donald Trump's rhetoric and open contempt for the media to the likes of Soviet Union dictator Joseph Stalin in a speech on the floor of the Senate on Wednesday. Presumably, at least some of Flake's fellow party members will even be chastised in the process, but Flake's track record proves that his words often hold little water.

Flake will bash Trump's, "unrelenting daily assault on the constitutionally-protected free press" that he is expected to say has been "as unprecedented as it is unwarranted," according to excerpts obtained by The Washington Post.

"It is a testament to the condition of our democracy that our own president uses words infamously spoken by Josef Stalin to describe his enemies," Flake will say. "It bears noting that so fraught with malice was the phrase ‘enemy of the people,’ that even Nikita Khrushchev forbade its use, telling the Soviet Communist Party that the phrase had been introduced by Stalin for the purpose of ‘annihilating such individuals’ who disagreed with the supreme leader."

"I have children and grandchildren to answer to, and so, Mr. President, I will not be complicit and silent," Flake said at the time. "When the next generation asks us, why didn’t you do something, why didn’t you speak up, what are we going to say?"

A brief glance at Flake's voting record shows that, besides the volatility, he's not all that different from Trump. While the Arizona senator's condemnations are certainly not without merit, he's not exactly the best messiah.

Flake "votes in line with Trump's position" 90 percent of the time, according to a FiveThirtyEight tracker. He sided with Trump's tax plan in December and with every single nomination the president has put forth, except one from which he abstained.

In his speech on Wednesday, Flake will say 2017 was "a year which saw the truth — objective, empirical, evidence-based truth — more battered and abused than any other in the history of our country, at the hands of the most powerful figure in our government."

Trump's crusade against the media is a serious danger to the free press, and Flake is correct for bringing attention to it. But on Tuesday morning, Trump spent his "executive time" attacking the media, and Flake has not done anything to censure the president — which he could very easily do.

In the meantime, Flake will participate in the charade of Washington politics rather than opposing both an administration and an agenda that has already been harmful, or is projected to harm, many Americans.