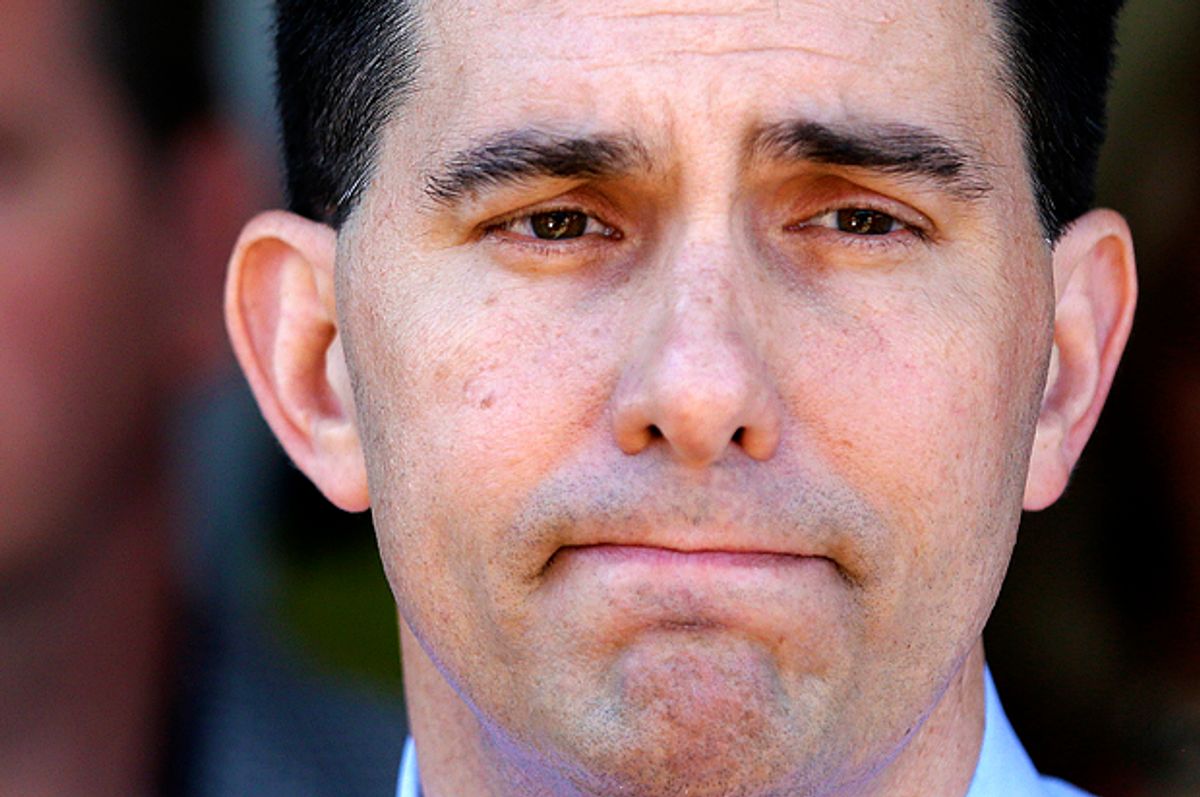 Two seats — one in the Wisconsin State Assembly and another in the state Senate — have been empty since December, when two Republican lawmakers resigned to take jobs in Walker's administration. The seats have remained empty despite a state law that requires that special elections be called as quickly as possible when a seat becomes vacant before the second Tuesday in May in a regularly scheduled election year.

But Walker has refused to call the election after Democrat Patty Schachtner won a special election for a state Senate seat in a district that has been held by Republicans for decades and won by Trump by 17 points in 2016.

On Tuesday, Dane County Circuit Judge Richard Niess ruled that Walker had no other choice under current law.

"I am not ruling on what the law might be in the future," Niess said. "I am enforcing the law as it is now."

Walker has argued that the new legislators shouldn't be chosen until November, when he is up for re-election, arguing that a special election would be a waste of taxpayer money. Democrats have accused Walker of blocking more than 100,000 Wisconsinites from representation for over a year out of concern that Republicans will lose the seats

"It would be senseless to waste taxpayer money on special elections just weeks before voters go to the polls when the Legislature has concluded its business," Walker said in a statement Friday. Walker's statement came one day after Dane County Circuit Judge Josann Reynolds, a Walker appointee, agreed with the Democrats and gave the governor until March 29 to call the special elections.

Walker instead requested to delay the special elections order until April 6. The delay would give him and Wisconsin Republicans time to pass a bill, Assembly Bill 947, which would get rid of the requirement that Walker call elections promptly and expand the governor's power to decide whether and when to do so.

"When and if a legislative bill becomes a law, it can be brought to a court and at that time arguments can be made about what the effect of the law is."

Walker has said he will comply with that order and call for the elections to happen on June 12, the Associated Press reported.

The National Redistricting Foundation contended that "Plaintiffs have a clear legal right to select new representation in a special election, and the Governor has a positive and plain non-discretionary legal duty to call for such an election to fill the vacancies 'as promptly as possible.'"

In a statement, Holder called Walker's refusal to hold special elections "an affront to representative democracy" and "a plain violation of rights," which has left nearly 175,000 people without a voice in the state legislature.

"Even for Republicans in Wisconsin, this would be a stunning action to keep citizens from expanding their right to vote," Holder said. "They appear to be afraid of the voters of Wisconsin. We are fully prepared to take legal action in response to any further attacks on these voters, who have now been without representation since December, because of Scott Walker's refusal to call elections."