Joe Arpaio vows to bring back "birtherism" if elected to U.S. Senate

Joe Arpaio said that if elected to the Senate, he'd revive the conspiracy that Barack Obama was not born in the US 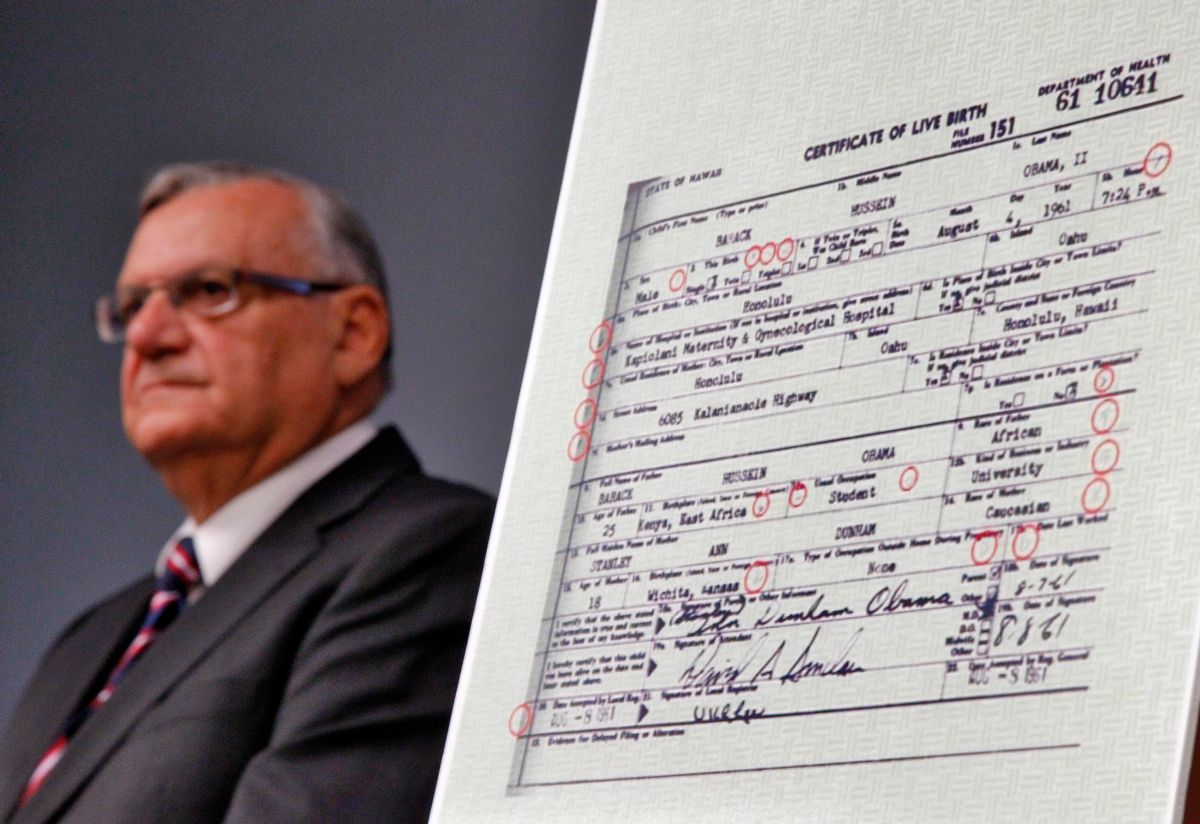 If elected to the U.S. Senate,  disgraced former Arizona sheriff Joe Arpaio said he would bring back his racist and debunked theory that former President Barack Obama was not born in the United States.

"I don't talk about it anymore until I become the US senator ... It has something to do with a document," Arpaio said during the Western Conservative Conference in Phoenix, Arizona, according to CNN. "One-hundred percent we proved that's a fake document," he said of Obama's birth certificate.

He suggested that "scientific" evidence would make his case. "We had to go to Italy to get expert advice. It's a very interesting story," he teased.

Arpaio also said in January that he still stands by his "birtherism" crusade against Obama, something that was championed by President Donald Trump for years.

"No doubt about it. No doubt about it," Arpaio said of Obama's birth certificate, as Salon has previously reported. "We have the evidence. I’m not going to go into all the detail, but yes, it’s a phony document."

Of course, Obama was born in Hawaii in 1961 and released copies of his birth certificate in April 2011.

Arpaio, who was convicted of criminal contempt in federal court last year for ignoring a judge's order to stop immigration raids, was quietly pardoned by Trump late on a Friday night last August amid deadly hurricanes slamming into the nation's southern coast.

Arpaio has strongly aligned himself with Trump's agenda, specifically on immigration. As a former sheriff of Maricopa County, he forced inmates to live in brutal conditions and "uninsulated outdoor tent cities and wear pink underwear to humiliate them," Salon has previously reported. He was sued for racial profiling and defied a court order that rule he had repeatedly violated the fourth amendment.

Hw is running for the Senate seat being vacated by retiring Republican Sen. Jeff Flake.