Thanks Trump: Birther Joe Arpaio is back

Donald Trump may have forgotten about Obama's birth certificate, but Joe Arpaio hasn't 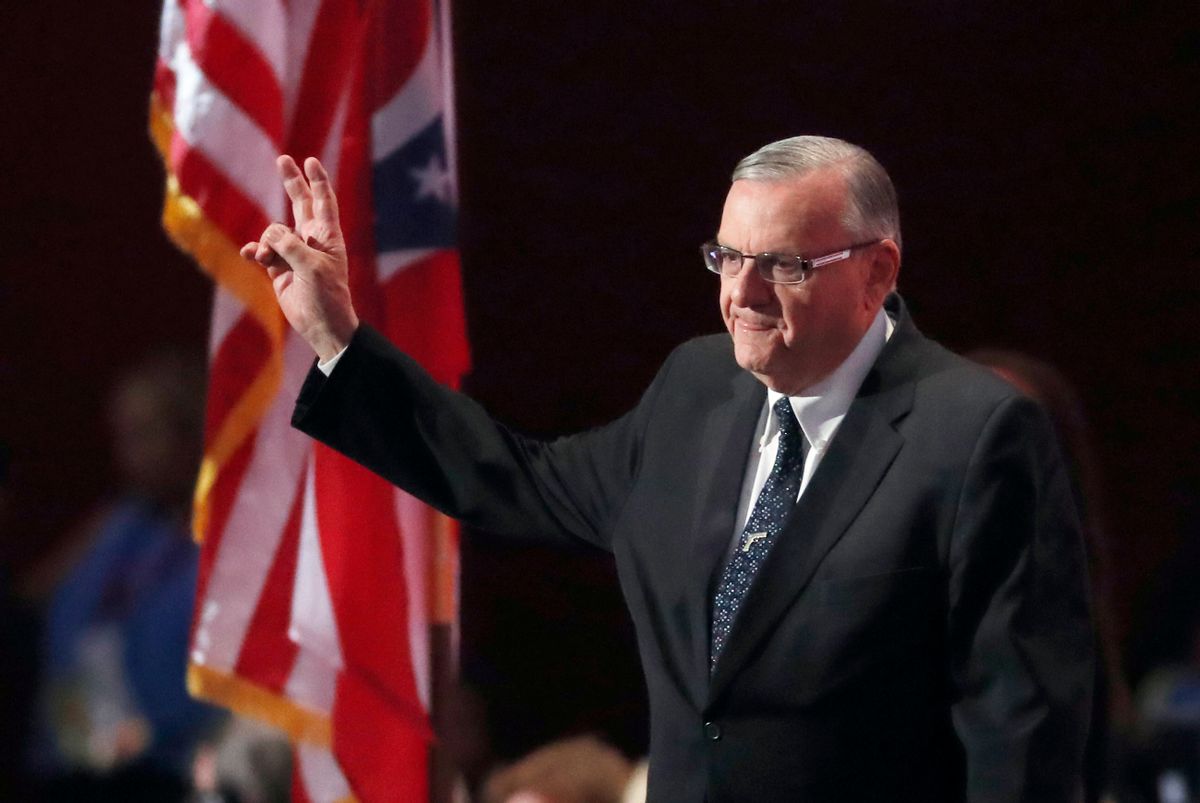 Joe Arpaio, the 85-year-old disgraced former Arizona sheriff who recently announced his candidacy for a Senate seat in the same state, spewed the false and racist assertion on CNN that former President Barack Obama's birth certificate is fabricated and that he wasn't born in the United States.

"No doubt about it. No doubt about it," Arpaio told CNN's Chris Cuomo after being asked if the birth certificate was a phony. "We have the evidence. I’m not going to go into all the detail, but yes, it’s a phony document."

Of course, President Donald Trump endlessly promulgated the debunked conspiracy for years, even accrediting Arpaio, and only recently said in 2016 that he believed Obama was truly born in Hawaii and not Kenya.

The president pardoned Arpaio on Aug. 25 — a Friday night, when most of the nation's attention had been focused on the arrival of Hurricane Harvey. In his pardon, Trump praised Arpaio as a lifelong public servant who enforced the rule of law.

"Arpaio’s life and career, which began at the age of 18 when he enlisted in the military after the outbreak of the Korean War, exemplify selfless public service," the statement said. "Throughout his time as Sheriff, Arpaio continued his life’s work of protecting the public from the scourges of crime and illegal immigration. Sheriff Joe Arpaio is now 85 years old, and after more than fifty years of admirable service to our Nation, he is worthy candidate for a Presidential pardon."

The former Maricopa County sheriff was convicted of criminal contempt of court in July, after a judge found that Arpaio had violated court orders to stop detaining undocumented immigrants, as Salon has previously reported. Arpaio has a long and well documented history of abusive and racist law enforcement tactics and violated a court order "to temporarily cease making immigration-related arrests after he was sued for racial profiling."

Coincidentally, Trump has repeatedly praised himself as the law and order candidate, while often demonstrating the opposite.

Arpaio announced a bid for Sen. Jeff Flake's Arizona Senate seat and is the perfect fit for the president's hardline immigration agenda and widespread federal crackdowns.