Sharon Stone on physical comedy and her rusted moral compass

Sharon Stone, star of "All I Wish," never believed all those people insisting that they believed in marriage 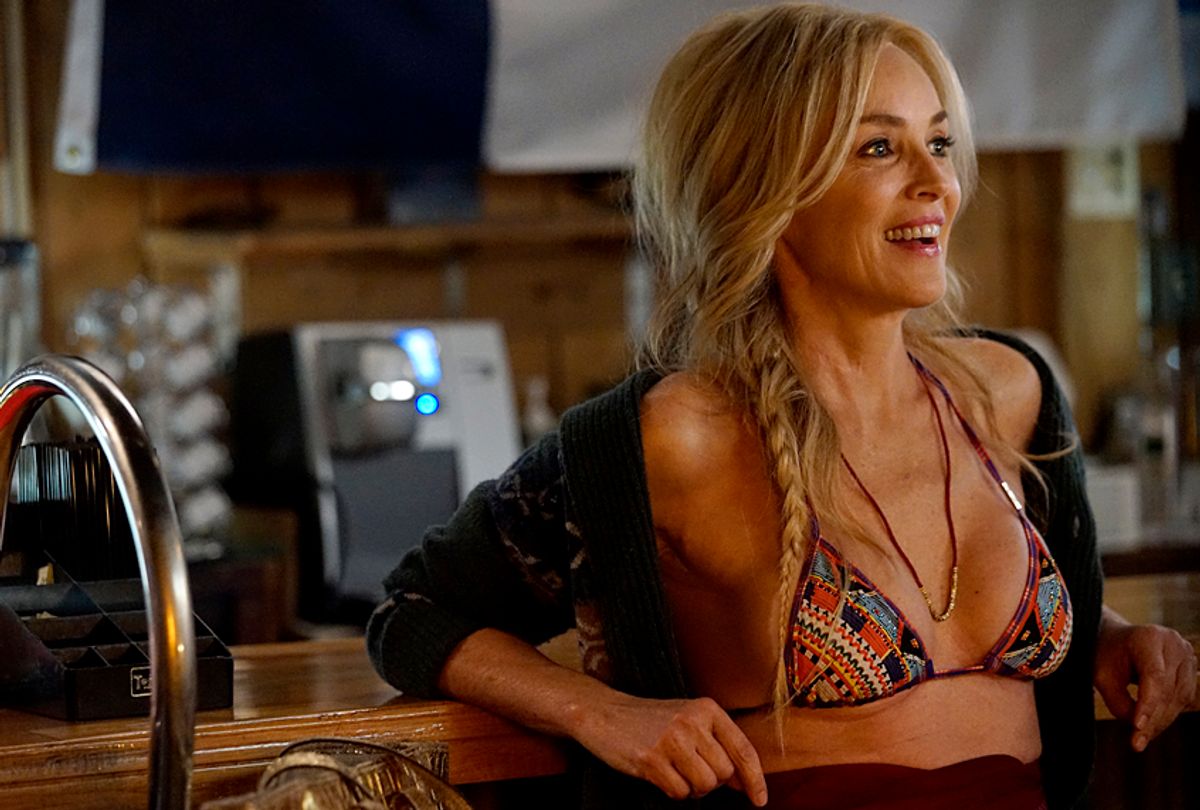 In the lively romantic comedy “All I Wish,” Sharon Stone plays Senna, a vivacious 46-year-old woman whose life unfolds one birthday at a time over a succession of years. Dreaming of being a fashion designer, Senna works as a buyer for a boutique. The day she loses her job is also the night she meets Adam (Tony Goldwyn), a lawyer who insults her before realizing they were being set up on a date.

As the years pass, Senna and Adam connect romantically, but she is against marriage, and he can’t quite figure out what Senna wants from all of the mixed signals she sends.

“All I Wish” shows how Senna grapples with her feelings about work and relationships, as well as her mother’s (Ellen Burstyn) desire for Senna to get her life together and get married — in any order. Senna only figures out who she is when the people she loves aren’t around.

The film is a showcase for Stone’s comedic skills, allowing her to pratfall while drunk, roll her eyes (at a bad date) and behave mischievously, as when she publicly embarrasses Adam in a bar while he’s wearing the bottom half of her bikini (long story).

The actress chatted with Salon about birthdays, marriage, and how she got into her bikini, as well as “All I Wish.”

The film is set on Senna’s consecutive birthdays — some good, some bad. Can you tell me a particularly good or bad birthday you had?

I think a good birthday is this year, where all my friends and family flew in and we had parties, dinner and lunches. People were lying around all over my house hanging out together, laughing. A bad birthday was the year my family forgot. I was 10.

What about a good/bad birthday gift?

This is going to sound incredibly stupid, but a friend got me socks. I’ve been wanting black socks for women and she found the most wonderful black socks. I love them. I got fancy presents, but these socks she gave me is a gift I love so much. It touched me that she looked everywhere to find these socks.

Senna claims not to believe in marriage. What are your thoughts about marriage and relationships?

For a long, long time I did not believe in marriage because I met so many people who said they did but didn’t. I think a lot of people believe in arrangements but not relationships. If I met anyone present in a relationship I’d believe in it. It takes sincerity and trust and intention and those [qualities] are just not laying around.

Senna is a fashionista. I still admire the fact that you once wore a Gap T-shirt to the Oscars. You get to share a tight bikini with Tony Goldwyn in this film. Can you talk about that?

I can say I used the Suzanne Somers Thighmaster for a couple of months. I bought it off TV and used it while watching TV as I thought of how I would put on a bathing suit. My son and his 17- year-old friends came over and did the Thighmaster too, with their arms and knees. I bought every late-night workout toy. I balanced on that piece of plastic that’s a curve . . .

Senna is a bit mercurial. She admits to being a little melodramatic. Some folks might call her a diva. How do you feel about that label?

I think that when you’re a woman and you’re successful, people do that. They don’t call men those names. When you are on the phone and ask for a cup of tea, that’s not being a diva. If you need your lunch brought in or you need to get a mani/pedi while working, that’s being multi-functional. You don’t have time to do things separately. You have to reconsider women and the way you talk about us, treat us, and consider us as business people. We are expected to present in a certain way while we are doing all this other stuff. It takes a village.

Senna talks about feeling everything is screwed up but she is waiting for a moment when she gets her act together. She only really figures out who she is when the people she loves (mom, Adam) aren’t around. When did you know who you were?

My sister says my moral compass was always on north. Sometimes I think it’s rusted on north! I think I can get a little stuck, and playing characters, like Senna, who are wild, is good for me. I can get stuck in my own conservatism or routine. I come from [Meadville], very blue-collar Pennsylvania, so it’s good for me to play characters that are free and kooky.

Speaking of free and kooky, you get to play comedy and do some pratfalls in “All I Wish.” Did you do your own stunts?

As much as I can. I was given a stuntwoman’s jacket and made an honorary member for all the stunts I’ve done over the years. I’m athletic. I like to do sports, work out and run around. That’s a big part of my personality. Steven Soderbergh says I’m a physical actress. That makes his job easier. I get on the floor. I’m a mover. It’s a big part of my expression.

Before this, I didn’t have many opportunities to do comedy. I worked with Albert Brooks. I wanted to go for it. Sandra Bullock is the Lucille Ball of our day. Nobody does pratfalls like her. Her work is inspiring to me. I watched her. If you’re going to fall, you have to drop. I watched Melissa McCarthy and Kate McKinnon. I looked at these women who are just so amazing and physical. You have to be prepared and ready to do that work. I want to do more of this work.

Senna says she doesn’t wish for money, men, or bringing people back from the dead. What is something you wish for?

I wish for my children to be happy and well.

Are you happy and well?