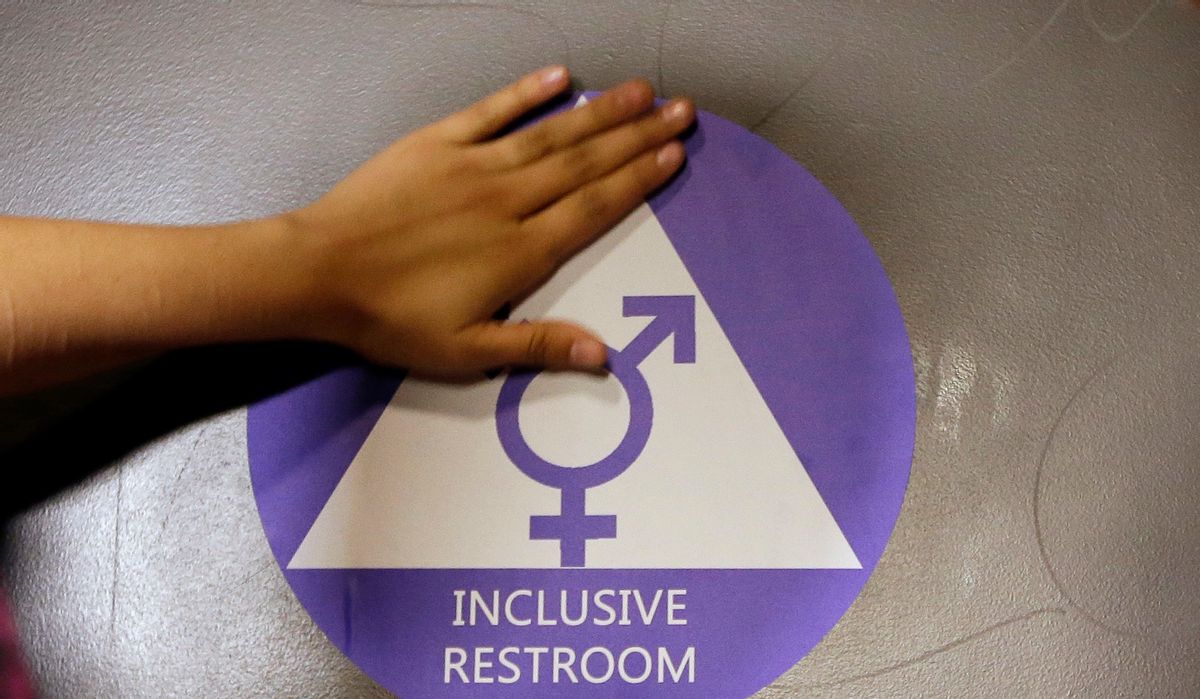 March 31 marks International Transgender Day of Visibility, and many are taking to social media to celebrate the progress in equality--and raise awareness about the progress that’s yet to come.

“Every year, we join together for International Transgender Day of Visibility to celebrate the diversity, resilience, and progress of the trans community and rededicate ourselves to the unfinished work of equality,” said Human Rights Campaign President Chad Griffin in a statement. “Increasingly, transgender kids growing up throughout America and around the world are seeing themselves reflected on stage and screen, in workplaces and politics. Unfortunately, for all of the advancements of the last several years, many transgender people, particularly transgender women of color, continue to face violence, discrimination, and an onslaught of political attacks from state legislatures to the highest levels of our government.”

Griffin continued, “On this day and every day, we continue to stand with transgender people of all backgrounds — from service members and students, to workers and parents — in celebration of their lives and with unwavering commitment for the fight for full equality.”

The HRC also released a report imploring for a stricter focus on employer-paid family and medical leave for transgender and non-binary workers. The report found that over the next five years, 46 percent of the study’s respondents are planning on taking a leave. However, only 36 percent of respondents claimed that their employers have LGBTQ-inclusive leave policies. Eighty-two respondents said that a paid leave would make them feel more supported at work.

This call comes at a time when the Trump administration has once again targeted the transgender community. On March 23, the White House announced that President Donald Trump approved a new policy aimed to restrict transgender troops in military service. The new policy recommended to disqualify transgender troops who require or have undergone gender transition, or require significant medical treatment.

As Salon writer Lucian K. Truscott IV explained, “the policy is a mess.” While 9,000 transgender troops are expected to be “grandfathered in,” the policy forbids enlistment to people “who require or have undergone gender transition.” The policy also says that “transgender persons without a history of diagnosis of gender dysphoria, who are otherwise qualified for service, may serve, like all service members, in their biological sex.”

Hate crimes in 2017 were reportedly on the rise. In August 2017, National Coalition of Anti-Violence Programs had recorded the highest number of hate violence-related homicides of LGBTQ and HIV affected people. 2017 sae a 29 percent increase in single incident reports from 2016. NCAVP said on average, one LGBTQ person was killed a week in 2017.

Many advocates and lawmakers have taken to Twitter to celebrate equality and support to the transgender community -- including Cynthia Nixon, Rep. Joseph Kennedy III, D-Mass., and Shannon Watts.

As the ACLU Ohio chapter explained, the day was created by transgender activist Rachel Crandall-Crock in 2009 to commemorate transgender people who are thriving and successful, and ultimately, to create an equal society, for everyone.