Should public transit be free? 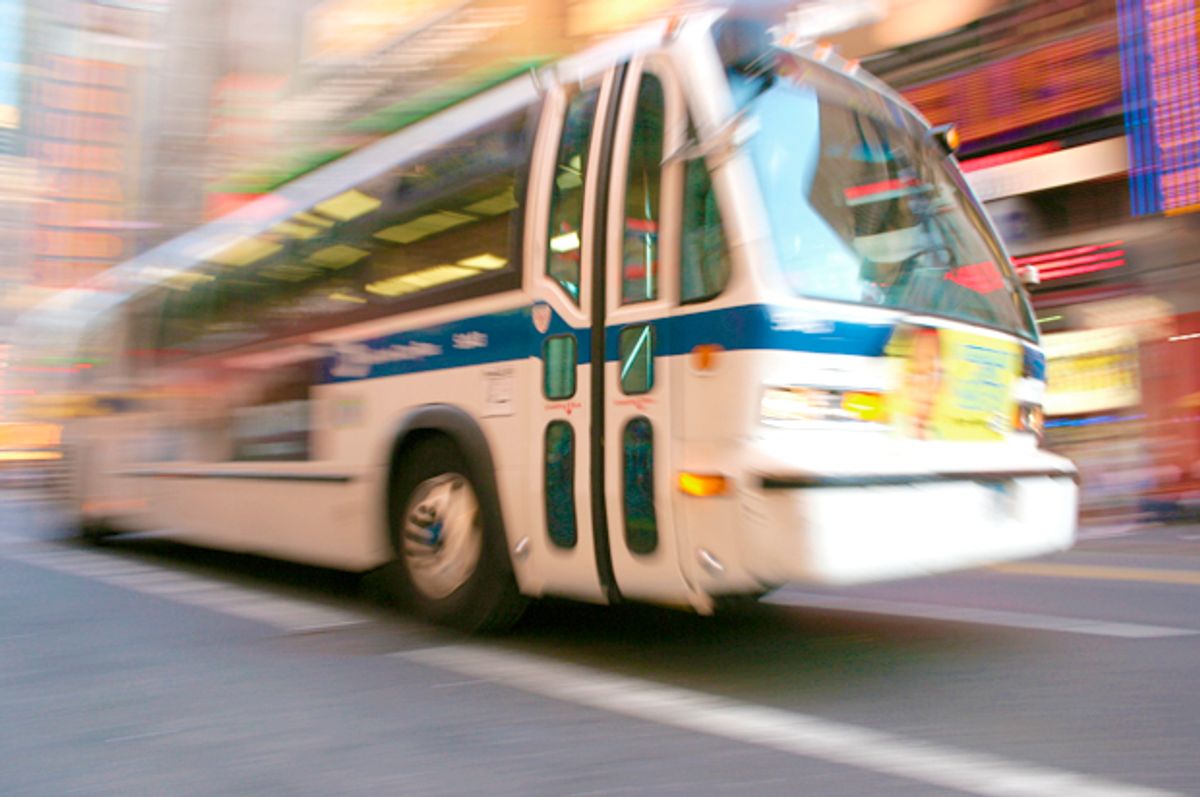 The citizens of Paris might be protesting French president Macron’s reforms, but Paris mayor Anne Hidalgo is planning something that might move those protesters faster than the tear gas the police are using: Free public transit.

The eco-conscious Hidalgo has initiated a feasibility study of free city-wide public transit, and hopes to make it an issue ahead of the 2020 municipal election, when she will presumably run again.

Hidalgo has fought hard battles to turn a key highway along the Seine into a park. She’s implemented license plate-based driving restrictions in the city (which are, according to some reports, ignored). Paris already offers free public transit when the pollution gets bad, and the city has announced it will ban all gas- and diesel-fueled cars by 2030.

Hidalgo’s quest for free public transit is meant to decrease pollution. One question at hand is whether the free rides would only be accessible to Paris’ population of 4 million or if the metro area of 12 million would also be included. Besides that, the question is: Might it work?

Paris isn’t alone in the quest for clean air via free transport, the theory being free public transit will encourage drivers to eschew their cars. Germany is moving in that direction, and the Estonian capital of Tallinn is often hailed for its free public transit. Yet once it made public transit free for Tallinn residents, the population of the city suddenly swelled by 25,000 as people sought to take advantage of the program. While ridership rose by 8%, auto use rose by 31%, meaning the program has not necessarily reduced cars or auto-sourced pollution. And Tallinn might not be the best city to look to on this issue, as its population is less than half a million people.

Salt Lake City offers free transit when the air becomes “red-flag” dangerous, and its “Free Fare Friday” removed an estimated 18,000 cars from the street in one day, “which equates to 200 fewer tons of greenhouse gas emissions,” according to NextCity.

That sounds good — but who foots the bill?

“In a perfect world, we could do free fares,” Carl Arky, a Utah Transit Authority spokesman, told NextCity. “But it comes down to dollars and cents. If we can find the money, I’d imagine we’ll do this more often.”

Some point to auto bans on certain days based on license plate numbers as a more effective way to curb emission pollution. It's a good idea in theory, but it's failing to have much of an impact in the real world for a number of reasons, including that cars aren’t the only source of pollution.

Sweden is home to a more grassroots campaign encouraging free public transit: a cooperative of transit riders pay a monthly fee to join (much cheaper than a monthly unlimited ride pass) and then evade their fares. If a member gets ticketed for fare evasion, the cooperative pays the fine. Not exactly eco-oriented, but it’s a movement nonetheless.

Salt Lake City’s emergency move, like Paris’ initially, is an echo of a global trend in response to unconscionable pollution. Seoul, South Korea, began offering free transit when a “thick layer of yellow dust settled over the city.” And while public transit ridership increased by nearly 30,000 people, the move removed only 2,000 cars from the street.

Which leads to the question: Just who is taking public transit on the free days? If those cities’ citizens are anything like New Yorkers, the folks riding for free are probably the same people who would rather walk or ride a bike than pay nearly $3 to get somewhere.

As someone familiar with car culture, I can personally attest that there is a reason people drive cars: They like it. They like the privacy, and having their own personal space. Those qualities aren’t found on public transit, and if given an option, those values aren’t going to translate to public transit, no matter how cheap or free it is. In the cities, those who can afford a car — along with the parking fees and congestion pricing and tolls and insurance and every other tax put on them — will drive a car.

The solution, then, might be in shifting our values as a society and as consumers, and changing what we demand of our vehicles, our cities, our air, and the corporations and elected officials who have power over them. Any move to curb pollution must address those values, too.