Trump said U.S. will withdraw from Syria "very soon" — no one has a clue what he's talking about 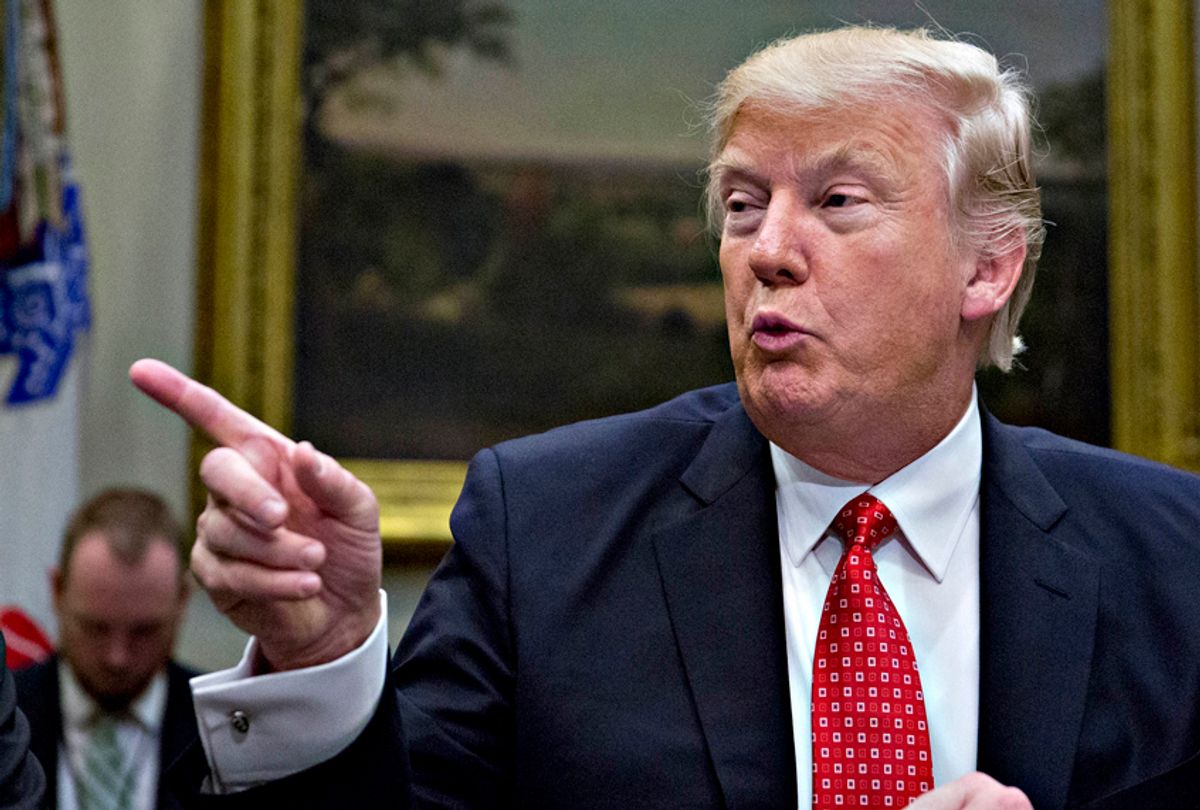 During a speech Thursday about infrastructure, President Donald Trump decided to make a deeply consequential foreign policy announcement, apparently on a whim.

He continued: "We’re going to have 100 percent of the caliphate, as they call it, sometimes referred to as land, we’ve taken it all back quickly, quickly. But we’re gonna be coming out of there real soon, we’re gonna get back to our country, where we belong, where we wanna be."

As Elizabeth McLaughlin and Conor Finnegan wrote for ABC News, nobody has any idea what this really means.

The Pentagon and State Department gave no indication that U.S. policy, which includes troops fighting with Syrians against ISIS, has changed. Defense Secretary James Mattis has said that troops will remain for some time to prevent new terrorist groups from forming.

Last August, discussing defense strategy, Trump said, "Conditions on the ground — not arbitrary timetables — will guide our strategy from now on.  America’s enemies must never know our plans or believe they can wait us out."

During the speech, he also reiterated his false claim that he opposed the Iraq war from the beginning, so he could be considering embracing the noninterventionist foreign policy he has sometimes endorsed.

Are we actually getting out of Syria soon? No one knows — including, perhaps, the president himself.