Mexicans "want to take advantage of DACA," the president said, before walking into church with wife Melania 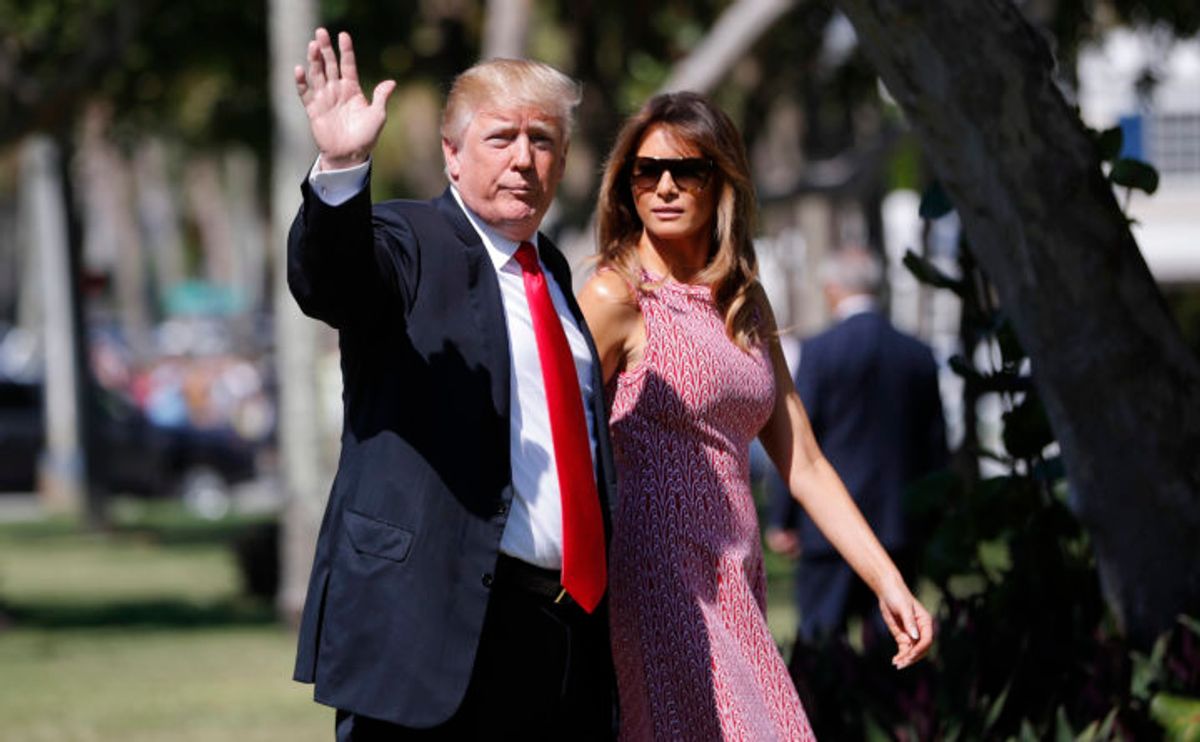 A "Fox & Friends" report apparent agitated Donald Trump on Easter Sunday morning, causing the president to lash out against Democrats, Dreamers and Mexican officials before walking into church with his wife Melania.

Away for another weekend at his Mar-a-Lago estate in Palm Beach, Florida, Trump tweeted “NO MORE DACA DEAL” because "these big flows of people are all trying to take advantage of DACA" minutes after Fox News aired a segment with the headline: “CARAVAN OF ILLEGAL IMMIGRANTS HEADED TO U.S.”

Trump went on to demand that the GOP pass tougher laws to deal with the border and that Mexico “must stop the big drug and people flows, or I will stop their cash cow, NAFTA.”

“Mexico has got to help us at the border, and a lot of people are coming in because they want to take advantage of DACA,”  Trump said as he stopped to speak with reporters outside of a church.

“We’re going to have to really see, and they had a great chance — the Democrats blew it,” he added. “But Mexico has got to help us at the border. They flow right through Mexico, they send them into the United States. It can’t happen that way anymore.”

Trump has previously invoked "illegal immigrants" who "pour into our nation" to call on Senate Majority Leader Mitch McConnell, R-Ky., to employ the so-called nuclear option.

McConnell, however, has said the nuclear option is something he is not willing to consider.